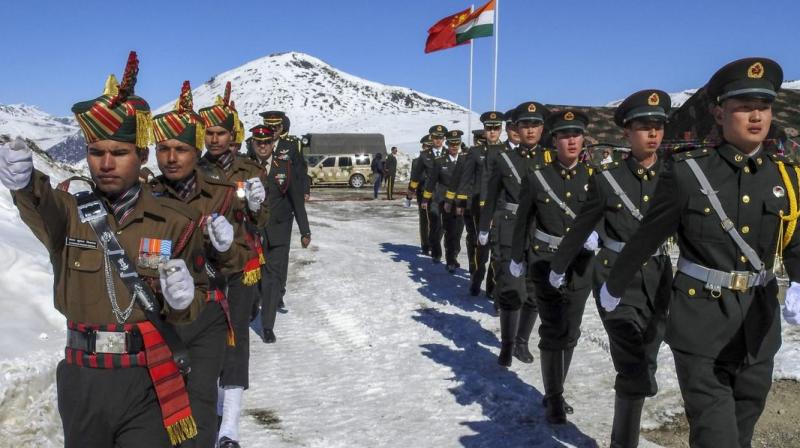 Defence minister Rajnath Singh’s belated admission Tuesday that troops of China’s People’s Liberation Army were present “in sizable numbers” at the Line of Actual Control in Ladakh, though he did not go into specific numbers, or the extent of the reported intrusion into Indian territory early last month, is a welcome step by the government which has been fairly opaque on the situation at the border.

For the past month, Indian and Chinese troops have been engaged in tense confrontations at several points in eastern Ladakh, including the northern bank of Pangong Tso lake and the Galwan river, as well as near Naku La in northern Sikkim (where soldiers of the two sides even engaged in scuffles), but the matter is yet to be resolved.

Several rounds of local-level talks were conducted by the two armies’ colonels, brigadiers and finally two major-generals on Tuesday, but remained inconclusive. India’s ambassador in Beijing also talked to the Chinese foreign ministry, again to no avail.

Now, as the defence minister announced, senior commanders of the two armies, of lieutenant-general rank, will make a fresh effort Saturday to resolve the impasse, with the Indian side led by the head of Leh-based 14 Corps. We can only hope that they are able to find a way to end the standoff.

The immediate provocation for the latest Chinese aggressiveness appears to be India’s intensified efforts to build a network of feeder roads and bridges on its side of the LAC to ramp up infrastructure that could, among other things, speed up the movement of troops.

This has possibly made China see red, particularly when it seems on the backfoot globally, with several Western and other governments targeting it for failing to check the coronavirus’ spread from its soil.

Beijing spent decades ramping up infrastructure on its side of the LAC, such as metalled roads in Tibet going right up to the Indian border, so when New Delhi began efforts to catch up in both Ladakh and the Northeast (where a tunnel is planned under the Brahmaputra), China felt it should respond.

But even if the present confrontation is defused after Saturday’s meeting of the generals, the root cause of the friction between the two sides still remain.

The key point is that while the LAC is the de facto India-China border, and has been largely peaceful for the last 50 years (unlike the Line of Control between India and Pakistan, which often flares up on a daily basis), the Indian and Chinese armies have different “perceptions” of what the Line of Actual Control actually is. The two armies have their own maps defining the border, which in effect means there are really two LACs, which don’t match.

The McMahon Line, which defined the border between British India and then independent Tibet, was never accepted by the People’s Republic (born in October 1949, two years after India became free), which annexed Tibet a few years later. India and China have spent decades trying to agree on a map they can both agree on, but Beijing seems in no hurry as it probably feels an unsettled border will keep India in check.

Till this is resolved, the LAC will keep flaring up.