Focus should be on mat wrestling, says Narsingh Yadav

Even in team sport like kabaddi, these two states from the north are taking lead due to their better sports policy. 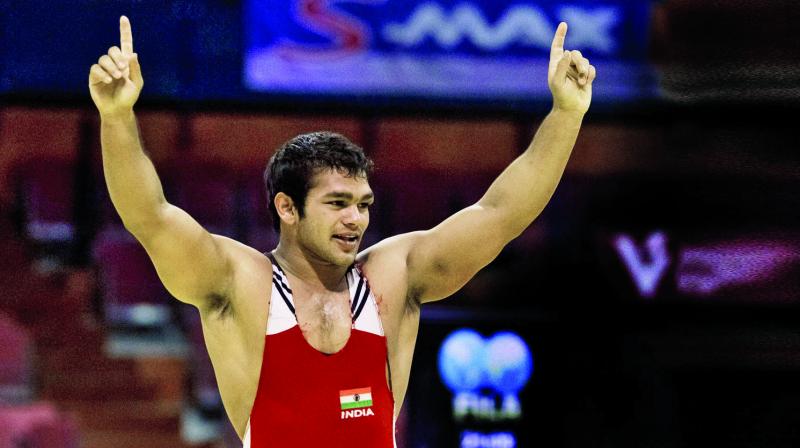 Maharashtra wrestler Narsingh Yadav has stressed the need for modern facilities for the state wrestlers to enable them to do well at the national level. The state used to have healthy representation in contact sports events like wrestling and boxing. However, the the scenario is changing in the last couple of decades, with a host of athletes in such disciplines are now coming from Haryana and Punjab. Even in team sport like kabaddi, these two states from the north are taking lead due to their better sports policy.

The Maharashtra government is often criticised by athletes for not providing financial security to state players. Recently it was revealed Akshay Mare, a national boxing medallist works as a paper-delivery agent to make ends meet. Mumbai’s prominent badminton doubles player Prajakta Sawant — despite participating in international tournaments including World Championships qualification — has struggled to get decent job and had to go the high court for job plea.

Narsingh feels that state wrestlers prefer mud wrestling over mat wrestling, which translates to lesser representation of the state at national level tournaments. He believes that the government has to come forward and dole out scholarships so that wrestlers can sustain in mat wrestling. “Wrestlers from the state are hardworking but they get some money only during mud wrestling competitions. There is less money in mat wrestling. the Government needs to provide scholarships so that wrestlers don’t worry about their diet, and instead focus on mat-wrestling,” he adds.

The former Olympian from Jogeshwari also appealed for improvement in facilities in sports centres across the state in the wake of the dreadful incident of electrocution of national level wrestler Vishal Kumar Verma. The mishap resulted in his death at the Jharkhand State Wrestling Association office in the Jaipal Singh Stadium, on Tuesday. “The facilities across Maharashtra are good but more needs to be done. Precautions must be taken to avoid any untoward incidents,” says Narsingh.