No end to dynastic politics

If the supremo has only one child, irrespective of gender, the child rules the roost in the party. 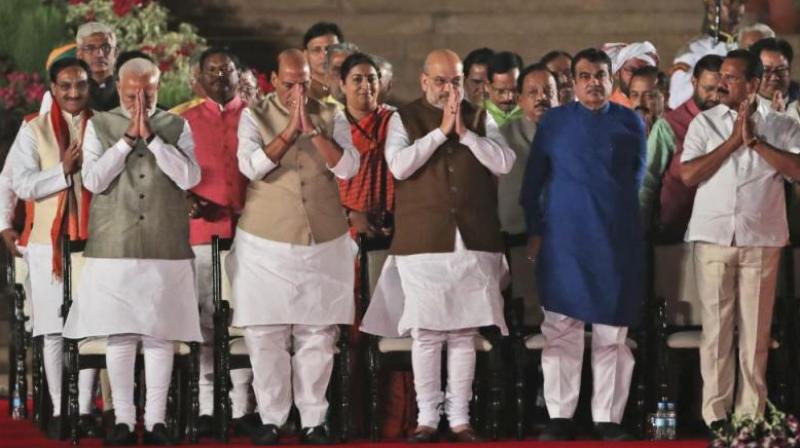 Although we have adopted the Westminster form of parliamentary democracy, it has been presidential most of the time in practice. People do not have the time, energy and political acumen to distinguish between ideologies, if any, between political parties. They go by who is heading the party and how has he performed. They either reward or punish him on this basis. This is one of the chief reasons for dynastic political parties in the country.

The first question is why do most political parties continue to locate their leadership from dynasties although India is a republic. Each political party claims that it is formed to spearhead some ideology and this may be reasonably true in the beginning. But as time passes, the leader at the helm retains his hegemony over the party and this hegemony continues for decades. He then becomes the undisputed supremo of the party.

M. Karunanidhi enjoyed this supremacy for almost 50 years between 1969 and 2018. In such a long period, DMK men completely forgot that the party was formed with collective leadership at the top in the beginning. Many others like Lalu Prasad Yadav, Bal Thackeray, Mulayam Singh Yadav, H.D. Deve Gowda, Indira Gandhi and Prakash Singh Badal retained their supremacy in the party for at least a few decades. The only ideology for the dynastic party is then to serve the interests of the supremo and to ensure that the baton of the party leadership is passed on to his designated heir apparent in the family, either on his death or retirement or forced retirement.

Once the baton is passed on to the first heir apparent, the DNA of a political party is changed forever and the party cadres look for the next leadership only from the dynastic family. The inability of the Congress to find its leadership alternative to the Nehru family is mainly because it passed the baton from Nehru to Indira to Rajiv to Sonia to Rahul. Almost all political parties in India except for the BJP and the Left parties are trapped in this practice. But the passing of baton is not without disputes within the family.

If the supremo has only one child, irrespective of gender, the child rules the roost in the party. When there are many children, the dispute never ends. Even when the supremo is single, it is not uncommon for him or her to bring in a nephew or a niece as the heir apparent. Some dynastic parties keep all key positions of the party or dispensation within their family and between kith and kin, in order to satisfy various members of the family and thus the family has complete hold over the party. These parties are not able to restrict dynastic politics at the second and third rung, as dynastic cadres look for their shares too as reciprocity for their support to the first family. In fact, it is a win-win situation for dynastic leadership and dynastic cadres who seek the lion’s share of the booty for themselves.

The second question is whether the collective leadership is more democratic and disincentives dynastic politics. The collective leadership, which is hailed as the symbol of internal democracy in a party by the intelligentsia, may not do good for a political party all the time. The Left parties are a good example of this. Political parties need dynamic, trustworthy and charismatic leaders who can innovate and take the party to the next level. When the BJP was down to two seats, L.K. Advani took the mantle from Atal Behari Vajpayee and with imaginative pseudo-secular politics, spearheaded the BJP to about 20 per cent vote share and significant seats in Parliament and assemblies.

When it was clear that Vajpayee would be the better candidate to form the NDA with divergent parties and enjoyed more acceptability among the neutral public, Advani paved the way for him. When the BJP realised that it must move out of the 20 per cent vote trap and move forward to become the largest party to dominate the Indian political space, it promoted Narendra Modi as the prime ministerial candidate and the rest is history. This flexibility cannot be seen in other political parties, as they do not have space to accommodate the best candidate due to dynastic restrictions. Even though the BJP is a collective leadership party, the buck stops at the leader at the helm, whether it was Advani or Vajpayee. This continues with Modi.

Even though some political parties do not prefer dynasties for their leadership, preferences are given to candidates from dynasties in elections. The third question is whether dynastic candidates do not amount to dynastic politics. Members of political families are initiated in the political system and their parties for a long time. They do not require any introduction when they are selected to contest the elections as locals know them reasonably well. When an elected representative dies, political parties invariably choose his family member for the by-election in order to win the sympathy of voters. Once the heir apparent wins, the inheritance pattern is difficult to break.

Although the general perception is that politics is a profession with no investment, this is not true. Leaders of political parties do not want to end the energy, effort and time they have invested in politics with themselves and hence promote their wards in politics. The same holds good for actors, doctors, lawyers and chartered accountants. However, if the top leadership is not hereditary, it will have somewhat better control in denying tickets to dynastic candidates. though they cannot deny them completely. The BJP managed to restrict this to 22 per cent of candidates, whereas it is 31 per cent in the Congress which indicates better control of the BJP over dynasts when compared to the Congress.

There are two ways by which dynasts enter politics. The first is by occupying the top leadership by way of inheritance and thereby becoming the default choice for CM or PM when the party is elected to power. The second one is at all levels other than the top leadership.

The fourth question pertains to which is more dynastic, the first one or the second one. Although we have adopted the Westminster form of parliamentary democracy, it has been presidential most of the time in practice. People do not have the time, energy and political acumen to distinguish between ideologies, if any, between political parties. However, they can see the man or woman at the top in every political party and see whether his or her government can deliver or has delivered in the past or not and reward or punish him or her accordingly in the elections. It is too simplistic to claim that giving tickets to dynasts as well as allowing a single family to head a party are the same and hence both are undemocratic and promote dynasty in politics. In fact, there is a huge difference between the two as is evident in the 2019 election results. The narrative for any political party is set by the top leadership and hence when the leadership is given on a hereditary basis, the narrative of the political party is restricted to the imagination of the dynastic leadership and not the best among the leaders of the political party.

Even dynastic candidates must pass through the rigorous election process. Given this, the fifth question is why is there so much hullaballoo about dynastic politics. Ideally, once a candidate is elected by people, it is immaterial whether s/he is a dynast or not. However, it is for political parties to decide whether they want to give opportunities to the same families and thereby restrict the expansion of the party or give opportunities to newer members of the party and thereby keep on expanding the base.

Jayalalithaa continued to give opportunities to new faces in party positions and in the elections and thereby ensured that new blood was infused into the party all the time since she assumed the leadership of the AIADMK in 1989. The AIADMK remained a dominant political party even when it was defeated because of this when Jayalalitha was at the helm. Modi identified non-performing MLAs in every Gujarat Assembly elections and did not give an opportunity to them to contest the elections again, when he was Gujarat CM and thereby restricted anti-incumbency to a great extent.

The sixth question is whether the 2019 general elections will bring an end to dynastic politics because some parties headed by dynasts like the RJP, SP, Akali Dal and Congress faced a severe setback. It is also true that parties headed by dynasts like the BJD, DMK and the Shiv Sena performed very well. Dynast or no dynast, the leadership of political parties should capture the imagination of voters in their message by innovating themselves. This is a bit difficult for dynasts, although not impossible, as they generally follow the beaten path set by their parents. The Shiv Sena by virtue of being in alliance with the BJP benefitted from the imagination of Modi in reaching out to people. Although the BJD can be termed as a dynastic party as Naveen Patnaik inherited it from his father, there is no hereditary politics in the BJD, as there is no heir apparent. Dynast parties will win either when the leader enjoys mass support or when there is so much anti-incumbency that it forces people to elect a dynastic party over a non-dynastic one. The DMK, despite being a clear dynastic party won the elections in TN more due to anti-incumbency against the state and Union governments and less due to Stalin’s mass support. The Congress fared well in Punjab in the elections more due to the mass support enjoyed by Punjab CM Captain Amarinder Singh rather than anti-incumbency against the Union government.