People’s Budget and why not?

Taxpayers have always been at the receiving end of successive budgets even as the government constantly grappled with getting its fiscal math right. 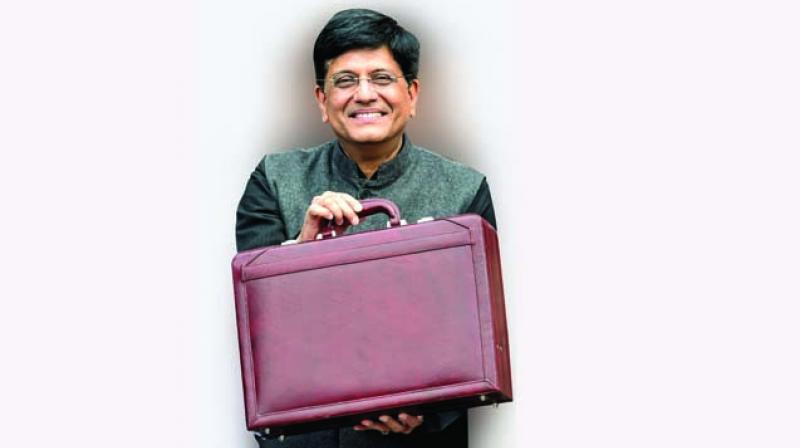 The idea of an interim budget is very much a product of competitive politics. What used to be a mere enabling vote on account for government spending during elections has changed forever. That economics is taking centre stage in electoral politics is the good news. That government focuses very intensely in getting its future economic promises right makes the interim budget a compelling people’s budget. Interim budget 2019-20 has got the elements of a people’s budget right and has something for everybody.

Taxpayers have always been at the receiving end of successive budgets even as the government constantly grappled with getting its fiscal math right. Meeting deficits has long been prioritised over granting taxpayers liberal concessions. This budget has finally given the middle class, salaried tax payers, and pensioners their due. While the changes promises tax concessions only to tax payers with an income of Rs 5 lakhs after all deductions, there are numerous thoughtful ideas which will make life easier for taxpayers and experientially liberating for senior citizens.

The promise of providing tax refunds within 24 hours, simplifying the scrutiny system of tax returns, increasing the threshold for TDS deduction on debt income to Rs 40,000, allowing tax payers better reinvestment benefits on sale of property, removing vexing taxes on notional income of second homes, releasing numerous citizens from the drudgery of filing tax returns even without taxable income - the government has surely hit a number of right buttons that will please its traditional middle class voters and senior citizens. Capital gains upto Rs 2 crores will be allowed to be invested once in a lifetime into two properties.

The tax promises reach out to the young, the senior citizens and the middle class making it the perfect triangulation of influential voting blocks. But, the concerted measures for increasing economic inclusion of the marginalised is the highlight of this budget. Universal health insurance, a pension scheme for unorganised workers, rural infrastructure targeting, thrust on total rural electrification, Promise of housing  for all and total sanitation through Swachh Bharat clearly give an encompassing holistic promise to the economically marginalised sections of society. This opens up a new class based electoral math that could change the way economic interests translate into votes.

Farmers have been at the receiving end during this government’s term for the wrong reasons. Their distress is growing even as they produced record output in food helping the government reduce inflation. Rightfully, farmers must have been rewarded for helping reduce food inflation. But, instead, they were pushed to the economic brink as prices collapsed. The government recognises that newer ideas are needed to reward farmers and nudge to encourage them to do more for the country’s economic progress. The PM Kisan Samman Nidhi is a good beginning in that direction. More needs to be done to get farmers the fair pricing for their produce. But, a start has been made and the PMKSN has been widely welcomed by small farmers.

The ten point Vision 2030 is the most concise packaging of a people’s vision. Read it and you will be impressed at the way our government is visualising the New India while prioritising for our future. Clearly, the budget has got it right on promise, packaging and messaging. The voter has before him the simple task of evaluating the government’s ability to deliver on its promise. The government has shifted the battle turf cleverly from judging past performance to evaluating its ability to deliver on its future promises. Interim Budget 2019-20 sets the stage for a new electoral calculus. Clearly, the government is batting on a good wicket and the voters seem to be cheering.