In the case of house rent, there is a TDS of 10 per cent on rental income by owners of houses for rents of `20,000 per month and above. 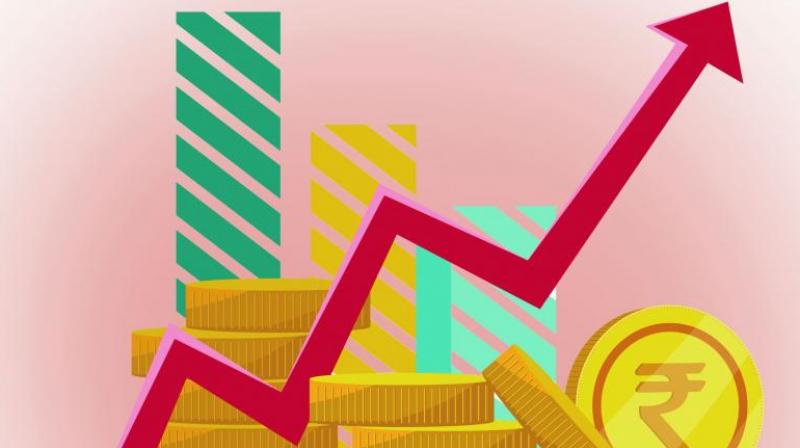 Similarly, a number of structural reforms have been taken in recent years which include demonetisation, implementation of the Goods and Services Tax (GST), banking policies etc. which will need time to yield results. The recent performance of some sectors has shown optimism.

As the New Year begins, one hopes for the revival of the Indian economy to reach a higher rate of economic growth in the year 2020-21. When structural reforms took place in the decade of the 1990s, the economic growth rate was only about 5.60 per cent and it is only after the years from 2004-2016 that we reached above eight per cent, after steady implementation of reforms.

Similarly, a number of structural reforms have been taken in recent years which include demonetisation, implementation of the Goods and Services Tax (GST), banking policies etc. which will need time to yield results. The recent performance of some sectors has shown optimism.

On the external front, there has been an economic slowdown internationally. Global trade wars, rising protectionist tendencies and currency volatility have effects on our export trade. For instance, exports in October 2019 declined marginally by 1.10 per cent at USD 26.38 billion, as against a growth rate of 18 per cent for the same period in 2018.

Exporters have been facing uncertainty over the MEIS (Merchandise Exports from India Scheme), an export incentive scheme, which delays in settlement of duty drawback claims, while matters related to GST have affected their cash flow. This is evident in the labour-oriented garment and leather industry.

In the garment industry, the duty drawback rate of less than two per cent, if increased to seven per cent would help the industry to compete with countries like Bangladesh or Vietnam.

In the case of the leather industry, there is a recent decline in exports and here also the drawback rate should be increased, besides GST matters quickly settled to improve the cash flow of firms. Further, if suitable infrastructure is created for cluster development of SEZs' (special economic zones) the industry, which has a market share of 2.50 per cent in the world, could reach greater heights.

The recent reforms of the Central government, to reduce corporate tax to 25 per cent and the reduction to new manufacturing companies are welcome, and indicates governmental response to boost the corporate sector.

The Government has also rightly responded to the construction industry employing various sections of society, particularly the labour class. Many other industries such as cement, steel, electrical industries etc. many of which are in the small scale sector, will be benefitted. This sector needs further attention from the government and financial institutions.

TAX RELIEFS NEEDED: To help affordable housing, the government, under section 80EFA (of Income-Tax Act), have provided deduction of interest payable for loans taken for residential purpose. This needs to be substantially increased, considering increase in inflationary costs.

In the case of house rent, there is a TDS of 10 per cent on rental income by owners of houses for rents of `20,000 per month and above. This limit may be increased to `25,000 per month, as many senior citizens are dependent on rent and living costs have increased.

As the demand side needs to be stimulated, there is a need to put more income in the hands of the salaried class. The present standard deduction covering conveyance etc. may be enhanced. The overall limit for savings rate such as Provident Fund (PF), LIC etc, at `1.50 lakh needs to be further relaxed. In particular, the various tax slabs for the salaried class need suitable modification, in giving reliefs for increasing the purchasing power and to stimulate demand. Education expenses for children have also gone up and it needs to be looked into.

Likewise, suitable reliefs may be given to senior citizens considering their limited income and increase in living and medical expenses. Ages may be classified as between 60 to 70 years, 70 to 80 years and beyond 80 years, instead of clubbing all beyond 60 years under one category, for a better appreciation of the elderly people's difficulties.

As regards capital gains exemption, in the case of a sale on residential property, the investment in certain infrastructure bonds under section 54 EC of the I-T Act, is up to a limit of `50 lakh. This may be increased to `1 crore.  In the case of senior citizens, the lock-in period may be reduced to two years. The revenue out of the sale of such bonds could finance infrastructure and help citizens.

While government may think about many of these measures, it may result in loss of revenue. Yet, the overall benefit would stimulate demand and result in increased GST revenues. The increased collections from GST during the last two months are encouraging. While there is a need to stick to adhering to the limits of fiscal deficit, some of these measures can stimulate demand and help to bring about higher economic growth.

On the macro-economic side, the move by the government for increased infrastructure spending is welcome as it would create more employment and help to usher a higher rate of economic growth in the long-run.

We look forward for a growth-oriented budget by a pro-active government which will respond and ultimately benefit all sections of the people, besides also enabling the Indian economy to reach the USD 5 trillion mark, which is also the vision of Shri Narendra Modi, esteemed Prime Minister of India.

(The writer is an Economist specialising in International Economics and former secretary and advisor, Southern India Chamber of Commerce and Industry, Chennai.)