Too large shoes. Or are they?

Of the many things that made MGR succeed as a politician, one was the overwhelming women’s support that he enjoyed. 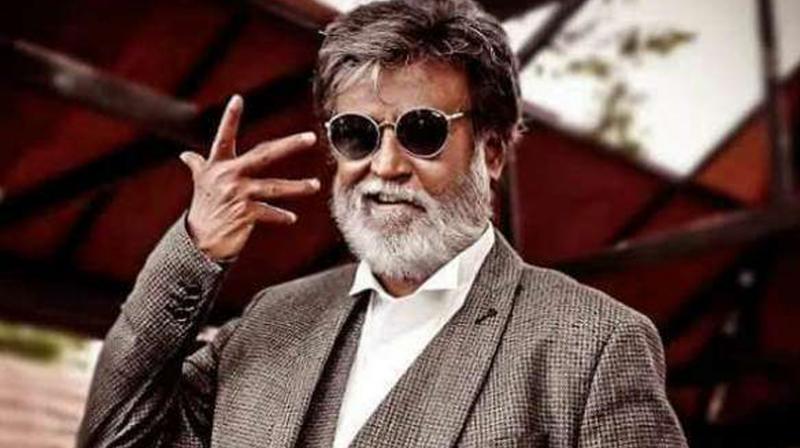 Never in history has a man aspiring for excessive possessions or a woman losing her temper too much lived happily. This is a rough translation of one of the numerous ‘punch dialogues’ delivered with panache by actor Rajinikanth on screen and re-delivered with glee by the millions of fans everywhere. Whether the line has any punch in it or not it sure smacks of abject misogyny. The words are spoken by the hero with a view to pooh-poohing a strong woman character in the film, Padayappa.

But that hero is not an exemption in the wide array of protagonists in his repertoire of over 160 films, wherein most flaunt their male chauvinism, showing women their place with such misogynistic remarks. This is just one of the many pitfalls that Rajinikanth, who proposes to invoke the name of MGR, the late M G Ramachandran, when he goes to the people for votes, may encounter in his political career.

Yes, Superstar, as Rajinikanth is popularly known, has been grabbing news headlines of late by adroitly courting controversies through his unpopular uttering with a view to preparing for the plunge into the murky political waters. Many are upbeat about it and are hopeful of his success as they ask: ‘So what, if MGR can do it, why not he. After all Rajini is as popular or perhaps more popular than MGR was as an actor?’

MGR, as everyone knows, ruled Tamil Nadu like a colossus from 1977 to ‘87 as Chief Minister after having a vice-like grip over the celluloid world, acting in 136 films in a career spanning four decades and earning the sobriquet, ‘People’s King’ (Makkal Thilagam).

Rajnikanth and those backing him in his ambitious political project hope that he too has acquired a charm similar to MGR’s through the 160 films he has acted in the last 45 years and wants to fully make use of it in the political arena, in which he has been a reluctant interloper since 1996.

Of the many things that made MGR succeed as a politician, one was the overwhelming women’s support that he enjoyed. Subaltern women for various reasons - one of them is their falling flat for the image he created for himself through his celluloid characters - believed that he was their saviour in those days when misogyny was glossed over in all walks of life. Still in MGR’s film, women were shown in a better light. Heroines chose the men of their liking (played by MGR) without much hassle from society and the hero was every woman’s dream son.

The manner in which MGR ostensibly revered the ‘mother’, every woman, particularly those from the rural subaltern communities for whom cinema was the major entertainer, educator and informer in those years, craved for a son like the characters played by MGR. The ‘thai’ (mother) title series of films that MGR came out with was remarkable. Thaiku Pin Thaaram (Wife after mother), Thai Sollai Thatathe (Never disobey your mother), Thaiyaikatha Thanian (The son who saved the mother), Theiva Thai (Godly mother), Thayin Madiyil (In the lap of mother) and Thaiku Thailmagam (First son for the mother) are among the films that glorified maternity sentimentally.

Comparing that with the open seething misogyny in Rajinikanth films -of course he, too, has acted in a few films that portray his love and respect of the mother - it is doubtful if he enjoys the kind of women following that MGR did. And when it comes to votes, women form 50 per cent of the electorate. In fact, it was a well known fact that in homes where the men voted for MGR’s rival party, the DMK, they could not restrain their mothers, wives and sisters from favouring MGR. Rajinikant definitely lacks such an advantage.

One of the major reasons for subaltern women’s love for MGR was his good looks and dapper turnout. MGR never smoked or drank in the films and also in real life, driving home the point that he was indeed a teetotaller who took care of himself, something which went down well with women of that era in which smoking and drinking were predominantly manly things.

Not only was MGR well dressed on the screen, irrespective of the character he donned, off screen, too, he was always clean shaven in spotless white dhoti and shirt wearing his quintessential fur cap and dark glasses. Then of course his fair skin was a matter of great appeal to all. He was unanimously considered as a ‘handsome man’ both in reel and real life.

Though Rajinkanth may not lag behind in looks and dresses well in films, he cannot match MGR in his fairness and consistent dapper turnout in real life.  How much his dishevelled, candid unshaven, bald public appearances can go well with rural women who idolise fair skin in a society of dark people is anybody’s guess.

More than fair-skinned, MGR came across as a fair-minded, honest human being, fighting for the underdog and driven by lofty political ideals. Such an image was built through a calculated well planned scheme, starting from the early years of his film career, say 1954 when the film Malai Kallan was released with the help of scriptwriters, lyricists and directors. It was in that image trap that a sizeable population of Tamil Nadu fell, enabling MGR’s political success.

Starting from Malai Kallan, MGR consistently donned the role of a swashbuckling hero, fighting rich and powerful villains, saving damsels in distress, helping the exploited and oppressed, bringing succour to the poor, ensuring social justice and even pardoning the evil if they reformed.

The Dravidian movement was capturing the imagination of the people and the DMK, with many scriptwriters like C N Annadurai and M Karunanidhi, was propagating its ideology through the silver screen, which was captivating the masses all over the State. MGR was one major actor for whom stories and dialogues were written not only to build a clean positive image of him but also to take across the Dravidian ideology.

So, MGR played along with the trend and became part of the political movement that was sweeping through Tamil Nadu and was seen as an actor and a politician. He was indeed a member of the DMK since 1953, becoming a member of the legislative council in 1962 and a member so the legislative assembly in 1967. He also grew in the party hierarchy and was the treasurer in 1972 when he was thrown out of the party.

It was the political credentials than his film popularity that stood him in good stead when he launched his party and the sympathy he invoked due to his dismissal from the DMK, purportedly because he, a clean man by nature, asked for the submission of accounts. MGR never faced charges of tax evasion or any such illegalities, which helped him to build the reputation as a clean politician.

Besides, since MGR was straddling the twin worlds of cinema and politics, his fans were also adherents of the Dravidian ideology that he subscribed to. It means that most of his fans were also political activists who worked for the DMK and had sound knowledge of grassroots politics. So when he launched his own party he did not have to train his followers in political nitty-gritty.

His acceptance as a popular leader by the masses outside the party was also because of his track record as a politician with a clean image, built assiduously. Ordinary people saw in him an alternative to the DMK then.

Rajnikanth does not have a similar image as a solid politician to lure the common people and it is doubtful even if his fan base will stand by him fully. For, the fans will be supporters, members and even functionaries of diverse political parties now and it is a big question is if they would switch just because their celluloid icon has launched a new outfit.

So even if his films are drawing crowds for the ‘first day first show’ with fans going agog by worshipping him, it is not clear how many of them will vote for him and how many of them will campaign for him. Above all, his latest comments on Periyar, CAA and NPR have distanced himself from the people of Tamil Nadu in general.

True he enjoys the support of the elite classes that are looking for an alternative to the DMK and AIADMK but that class may not help with the numbers required in an election. When he came MGR had the support of that elite class as well as the subaltern masses.