Can Modi 2.0 reinvent the Kashmiri dream?

The average Kashmiri thinks of ‘azadi’ as freedom, not from India but from police raj — the underbelly of elite, non-meritocratic rule. 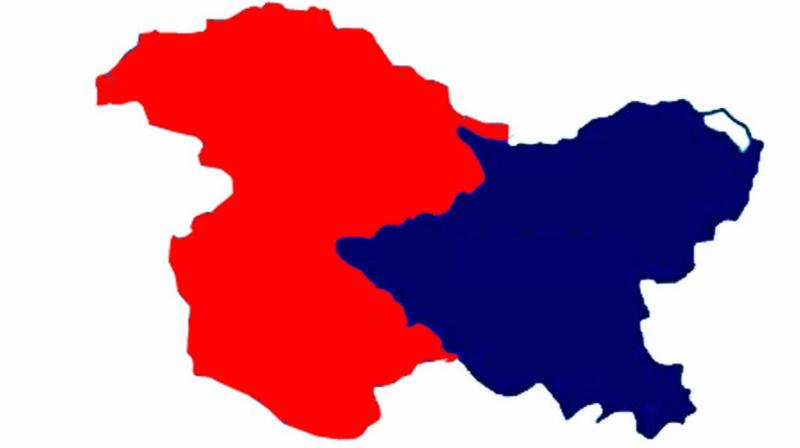 The Union territories of Delhi, Puducherry and Chandigarh have Per Capita State Domestic Products (PCSDP current basis 2016-17) higher than J&K by 74, 58 and 67 per cent respectively.

It is foolish to keep doing the same thing to solve a persistent problem. The Narendra Modi-led Union government has internalised this adage, as illustrated by demonetisation to control corruption although with less than spectacular success.

Yet another instance is the August 5 Union legislation to disembowel Article 370, which Kashmiris regard as their shield against barbarians at the Banihal, presumably panting to get in. What does making Article 370 inert mean? Unfortunately, very little.

This “erosion” of Kashmiri exceptionalism did not happen in the dark. It was driven by covert political bargaining. Regional parties in J&K were on the back foot having ceded defence, external relations and communications to the Union, in the 1948 Instrument of Accession itself. Political parties in democracies are constrained to target short-term political gains to remain relevant into the long term.

However, pushing through a Union legislation affecting J&K, without even consulting the state, as is the constitutional norm, is exceptional. Article 249 is the constitutional vehicle that permits Union legislation on a state subject “in national interest”  provided two-thirds of the members present and voting in the Rajya Sabha support a resolution to that effect. Way back in 1986 under governor’s rule the enterprising governor Jagmohan used it to ram through a proposal for the Union to legislate on a subject in the State List. This is the template which was adopted on August 5 when Article 370 was diluted. The NDA does not have the requisite numbers in the Rajya Sabha. Sufficient abstentions and no-votes amongst the fractured opposition did the trick.

With respect to the legislation of August 6 which hives off Ladakh from J&K and converts both entities into Union territories, the issue is can a Governor recommend Union legislation without the advice of an elected legislature — the J&K Assembly is in abeyance. Prior reference by the President to “the state legislature”, of bills under Article 3 seeking to change the contours of a state, is mandatory before they can be introduced in Parliament.

Incidentally, no such privilege is available if a Union territory is to be reconfigured. In this sense, a Kashmiri might feel “diminished” as a resident now of a Union territory. However, very few in Delhi — another Union territory with a legislature — really care about converting it into a full State, other than the political class, which benefits directly thereof. Nor would citizens care if the existing legislature is abolished and Delhi becomes the first mega-municipality with an elected mayor and councillors directly under the Union government.

Faizan Mustafa, a constitutional expert (The Indian Express, August 6) suggests that Article 370 could even be considered as part of the “basic structure” of the Constitution, which is inviolable per the Supreme Court. Given how long it takes to settle contentious and emotive constitutional issues, an early judicial resolution on these matters is unlikely.

Currently, Jammu appears overwhelmingly supportive of the change as does Ladakh. The question is can the Union government reassure those in Kashmir, who are disquieted by the consequential uncertainty? Being a Union territory, with a legislature, is not the worst thing that could happen. The Union territories of Delhi, Puducherry and Chandigarh have Per Capita State Domestic Products (PCSDP current basis 2016-17) higher than J&K by 74, 58 and 67 per cent respectively. Each has retained its distinctive culture, despite rapid internationalisation. Union territories are generally better funded and better managed than the adjacent states. Think well-governed Chandigarh versus rambunctious Punjab or ebullient Haryana!

The challenge before Modi 2.0 is that “more of the same” will not suffice. Template schemes to "industrialise the Valley" are environmentally dodgy and fly against the economic logic of risk weighted private investment. Opening schools to “skill youngsters” fails to recognise that human development standards in Kashmir are far above the national average. Generous central funding is already developing infrastructure facilities. More targeted public funding could help. Seasoned Kashmiri entrepreneurs’ trade handicrafts and exotic processed agricultural products, including oils and derivatives far more efficiently using e-commerce and physical presence outside Kashmir, than anything the government could match.

And yet J&K has the lowest PCSDP out of the four hill states of Himachal Pradesh, Uttarakhand, Mizoram and Nagaland — whose PCSDP are respectively 48, 50, 39 and 13 per cent higher than J&K, the last two being states with similarly troubled political legacies. The single factor setting Kashmir apart is that peace (aman) has yet to become the norm. The peace dividend alone, for J&K can range from 13 to 50 per cent increase in its PCSDP.

Like a forest above valuable natural resources gets degraded by land grabbing “development”, it is politics and the negative incentives let loose by geo-politics, which have perpetuated dynastic, elite capture of Kashmir. This is ironic.  The late Sheikh Abdullah, Kashmir's tallest leader, was an early mover in 1931 to agitate against the stranglehold of the then Dogra Maharaja Hari Singh and his Dogra and Punjabi cohorts, over the economy of Kashmir. The average Kashmiri thinks of “azadi” as freedom, not from India but from the police raj — the ever present face of the noxious, underbelly of elite, non-meritocratic rule.

Can the Union government reach out directly to the people of Kashmir by empowering local communities and bypass the “noise” from political intermediation? If such an outreach succeeds, the political system itself shall, through attrition, filter out legacy politicians and militant sympathisers. Can technology be harnessed for this purpose, in a manner which safeguards privacy but facilitates development and less intrusive security options?

Given its volatile history the government possibly had no other option but to shut down Kashmir to make a clean break from the existing ineffective templates of conflict resolution. That this action is neither anti-Muslim nor anti-Kashmiri shall, hopefully in the near future, be articulated by the “outreach”-savvy Union government at every level, including through consistent international efforts.

The good news is that achieving this objective is likely to dilute the ability of the BJP to use religion as a potent electoral tool. J&Ks new constitutional architecture should not be allowed to acquire the stigma attached to the Chinese strategy of subduing ethnic dissent through mass incarcerations, as in Xinjiang.

The choice of the lieutenant governor (LG) and his close advisors is critical. Appointing an apolitical LG, with a history of effective, dignified restraint and an open, inquisitive mind —like for example, Anil Baijal, the LG of Delhi — can help establish trust and credibility with the people. But even the best appointee will fail, without direct access to the topmost political leadership. Unmet demands on the political mind-space of the top leadership for Kashmir, once things settle down, will itself be a challenge, if a firefighting approach persists.

One often wonders, what is the IAS good at these days? Mitigating distrust by living alongside citizens, the uniformed forces and state civil servants and working in public interest remain the core skill of the generalist officer. This skills bank, including retired officers, should be used to connect communities, in each of the 10 valley districts, to the LG.

A light could be visible at the end of the tunnel. But only if Modi 2.0 can convert the prevailing narrative about the intent being Hindu domination of Kashmir, to one of taking apart elite control, perpetuated thus far, by the shallow, democratic regimes which presented impregnable political-economy barriers to azadi.