The Modi government will return in power for another term in May 2019 for the next five years, says Neelkant Bakshi. 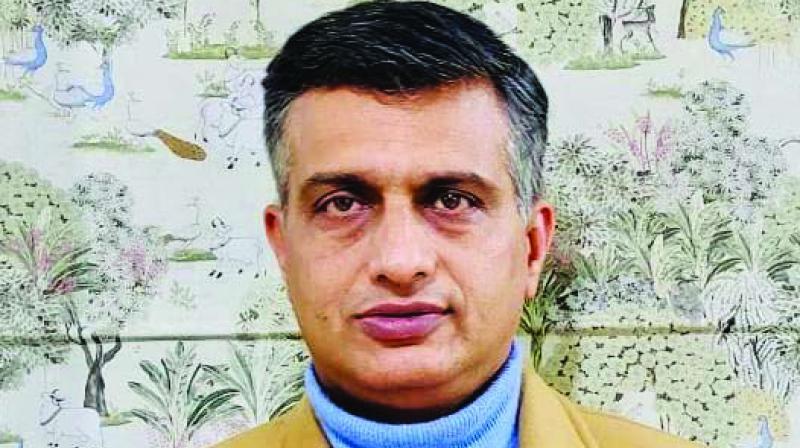 Neelkant Bakshi, head of media relation and overseeing Delhi BJP’s social media and IT department, tells Shashi Bhushan that 10 per cent reservation for economically poor upper caste must be judged for its larger social benefit.

Why was there such urgency to bring the quota bill for economically weaker section?
One should understand that poverty does not know or differentiate between caste or religion and it’s been a long-pending demand of people. No government has ever shown any will or willingness to fulfil the demand.

The BJP government, under the leadership of Prime Minister Narendra Modi, has decided to fulfil the long-pending demand and get it approved from the Parliament. Now the Opposition parties, especially the Congress, are trying to cover their failure to make law in this regard all these years by questioning the timing of the Bill.

People are happy with the decision. Successful implementation of reservation on economic grounds is a great achievement of the Modi government and a large number of students or youngster will benefit from this.

Opposition parties are also questioning why the Bill was brought in last six months of government’s tenure, and not earlier. Your comments.
Narendra Modi government has been working since day one. In the last four years several welfare measures have been implemented to improve the life of citizens.
The Modi government effectively implemented Ujjawala Yojana, Swachch Bharat Mission, Saubhagya Yojna, Jan Dhan scheme and several other schemes, which directly benefited people. While doing all this, Modi government also made the law to give 10 per cent reservation to economically poor people from general category. So, instead of asking why the Bill came in the fifth year of the government, Opposition should look at the work done by this government in the first four years.

Has the government announced 10 per cent quota for EWS to woo middle class with an eye on Lok Sabha polls after defeat in recently concluded Assembly polls?
This decision must not be seen through the narrow political prism of electoral politics. It must be judged for its larger social benefit. Even Opposition parties, who are criticising it, supported the Bill in Parliament. If the Opposition thinks it is an election gimmick, then they should have voted against the Bill in Parliament. It shows their (Opposition’s) dual standard — on one side they are criticising it, on the other hand supporting it on the floor of both Houses.

Do you think that this 10 per cent quota for financially poor upper caste will ensure a second term for the Modi government?
The Modi government will return in power for another term in May 2019 for the next five years with more Lok Sabha seats than it got in 2014. And the reason for this is not only the 10 per cent reservation for financially poor upper caste, but for its overall work across sectors and for the society.

Since May 2014, people across the country believed in Modi’s “Sabka Sath, Sabka Vikas” policy. People will not stop the transformation of country started by the Modi government by electing a government formed by an Opposition alliance which neither has a face nor a policy.