A launch pad for future explorations

At this point in time, it is difficult to envisage the kind of scientific discoveries likely by Chandrayaan-2. 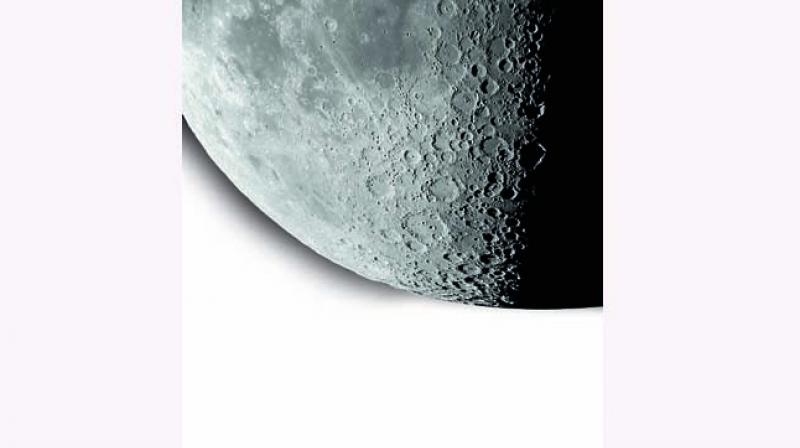 When one compares this with several billion dollars spent by other countries during their expeditions to the Moon, Chandrayaan-1 has yielded far superior results in terms of scientific discoveries.

It’s no exaggeration that Chandrayaan-1, which we launched in 2008, revived much interest in scientific exploration of the Moon across the world. Though it was our first shot at the Moon, the discovery of evidence of water in the exosphere, the surface and sub-surface of the Moon, was a path-breaking one as most of the previous missions suggested that the lunar surface was barren. And, how we got to the Moon is also unique: While western agencies launched their probes to the Moon directly using extremely powerful but prohibitively rockets, Isro employed the PSLV (Polar Satellite Launch Vehicle) to carry Chandra-yaan-1 into space, and through orbit-raising manoeuvre, guided it to the designated orbit at a height of 100 km from the lunar surface.

In terms of budget, we spent about $56 million. But more than one-third of it was used to build infrastructure like the Indian Deep Space Network (IDSN) station outside Bengaluru along with the Indian Space Science Data Centre (ISSDC). When one compares this with several billion dollars spent by other countries during their expeditions to the Moon, Chandrayaan-1 has yielded far superior results in terms of scientific discoveries.

With a similar approach, we reached Mars in our first attempt in 2013-14, a feat which no other country has accomplished. Again, PSLV was the rocket which transported MOM (Mars Orbiter Mission) into space, but we had to overcome the challenge of designing and installing scientific instruments weighing only 15 kg onboard within a compressed schedule. The orbit around Mars, which we selected, enables MOM to get a full view of the planet as well capture images from very close and very far distances. This particular aspect (the orbit), along with a handful of instruments, have helped extend the life of MOM beyond four years though it was originally felt that it will be active for only six months, and helped us gather critical inputs on seasons on Mars and their after-effects. These inputs have inspired scientists to propose a hypothesis about rain on Mars, adding a new dimension to our understanding of the planet.

Just as we tried to be unique with Chandrayaan-1 and MOM, we are going to do so with Chandrayaan-2 as well, with a mission which will land and explore a region like the South Pole which no space agency has delved into. In addition to landing on the lunar soil and studying the Moon from an altitude of about 100 km, a rover will be deployed to study the surface for one Moon day (14 Earth days). And though we are using a powerful rocket, GSLV Mk III, to launch Chandrayaan-2, it will be moved closer to the Moon through orbit-raising manoeuvres. And this entire mission will be accomplished with a budget of $141 million (`978 crore).

We developed many technologies on our own for Chandrayaan-2 as we will be attempting a soft landing, which is very tricky and must be carried out with great amount of precision. The data provided by this combination of an orbiter, lander and rover could be useful in deciding the ideal landing spot for manned missions in future.

At this point in time, it is difficult to envisage the kind of scientific discoveries likely by Chandrayaan-2.

Isro, however, will have the technological expertise to participate in  international programmes to turn the Moon into a stopover post for future missions to Mars or other planets or for installing telescopes on the lunar soil to peer deep into the universe. Many experts feel that a lunar space station will be an ideal alternative to the International Space Station (ISS) which is nearing the end of its operational life. In case such a space station takes shape, Isro will be able to partner other space agencies with expertise gained during the second expedition to the Moon. And if space tourism grow popular, Isro will be able to offer its expertise to commercial enterprises as well.

(The writer was the project director of Chandrayaan-1, programme Director, Mars Orbiter Mission (MOM), and retired as the director, UR Rao Satellite Centre, Isro, Bengaluru)