Bukhari was founder of the newspaper Rising Kashmir and passionate campaigner for peace in Jammu and Kashmir. 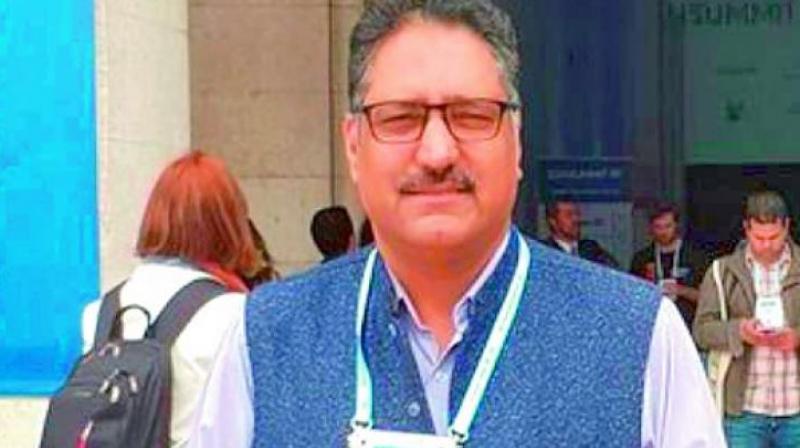 I write this article on June 14, the first anniversary of the murder of Shujaat Bukhari. One of Kashmir’s most famous journalists, Bukhari was founder of the newspaper Rising Kashmir and passionate campaigner for peace in Jammu and Kashmir.

It is only a few weeks since India re-elected Narendra Modi as Prime Minister, giving his party and alliance a whopping 350+ seats in Parliament. Shujaat would have published a series of articles by this time, urging the Modi administration in its second term to recalibrate its Kashmir strategy.

Prime Minister Modi’s first term was marked by a rising graph of militancy and counterinsurgency, the fall of the BJP-PDP alliance and the imposition of President’s rule, controversial issues such as the repeal of Articles 370 and 35 A protecting Kashmir’s special status, and the absence of talks with either dissidents such as the Hurriyat Conference or Pakistan.

There have been daily security-militant face-offs since Mr Modi’s swearing-in as prime minister for the second time. At least two dozen people have died in three weeks, including members of the CRPF, who have become the most vulnerable of the security forces facing insurgency in Kashmir.

We have a new home minister in the second Modi administration, his most trusted colleague Amit Shah.

Shah was home minister in Gujarat when Modi was Chief Minister, and is a known hardliner on Kashmir. His election speeches in Jammu bode ill for any resumption of a peace process, but election speeches do not signify much. Nevertheless, his track record gives no reason to believe that he will handle Kashmir empathetically. The comparison between the periods 2008-13 and 2013-18 is stark. Despite the horrors of 2010, when stoning protests swept the valley and 120 were killed in police response, 2008-13 were years when militancy fell to an all-time low and hopes for a peace process remained strong.

By contrast, militancy has risen sharply over the past few years, and few in the valley believe that a peace process is possible. Most fear that efforts to repeal 370 and 35 A will grow in strength, as will the so-called ‘muscular strategy’ of the Modi administration, which has thus far been notable only for its ineptitude.
Indeed, a new fear has risen in the valley, prompted by the Jammu BJP’s call for further delimitation of constituencies prior to holding the state assembly elections, which are yet to be announced though it is close to a year since Jammu and Kashmir has had an elected government.

The extension of Governor’s rule for another six months, starting this July, lends credence to fears that the time will be used to gerrymander. In 2002, the state’s legislative assembly froze the creation of new Constituencies to after 2026.
Overturning the freeze by Governor’s recommendation may be Constitutionally acceptable, but it would — once again — violate the powers of the Assembly and reinforce communal polarisation between Jammu and the valley.

This is not to say no to further delimitation. When the 2021 Census is held, population increases in the state might make the creation of new constituencies necessary. But a credible Census is only possible if a considerable measure of peace has been restored to the state since a situation of violence leads to distorted reporting, as the 2011 Census indicated.

Militancy in the valley has been fuelled both by the Modi administration’s counterinsurgency policy and by floater attempts at political fiat. Previous Union administrations — whether of Vajpayee or Manmohan Singh — accepted that even desirable changes, such as more panchayat powers or extension of SC/ST Constitutional provisions to Jammu and Kashmir, could only be achieved through consensus with members of the state legislature. By contrast, under Mr Modi the latter was imposed by the Governor’s order.

The one point that emerges loud and clear from the past 19 years of seesaw in Jammu and Kashmir is that peacemaking has to be a priority. The records of the Vajpayee and Singh administrations underline that the one strategy that worked combined political and security reforms. 2004-2009 saw a decline in violence and negotiations for a resolution that most if not all stakeholders could accept, comprising talks with Pakistan as well as the Hurriyat, security reforms such as attempts to include human rights protection in standard operating procedure, restriction of cordon and search operations and a strengthened three-tier security grid, and peace dividend incentives such as cross-LOC trade and travel.

Each of these elements is in tatters today. There are no talks with Pakistan and the Hurriyat are now labeled terrorist supporters. Most of the security reforms directed at winning hearts and minds have been abandoned. The three-tier grid appears to have collapsed back into one. Our security forces, especially the CRPF, are back in the line of fire without adequate protective equipment. Peace dividend incentives have receded into the distant future.

There are a number of steps that the second Modi administration can take to remedy the damage. Despite the “kutty” diplomacy at Bishkek, Prime Minister Modi could tacitly sanction back-channel exploration of the steps Pakistani Prime Minister Imran Khan is willing to take towards talks. Instead of arresting Hurriyat leaders and reviving 10 and even 15-year old cases against dissidents, Home Minister Shah could empower interlocutor Dineshwar Sharma to sound them out on a peace process.

Instead of a security policy focused solely on killing militants, he could adopt a ‘smart’ security strategy targeting financial and arms flows to militancy. Instead of turning a blind eye to political provocation by members of their party and supporters, Modi and Shah could oppose calls for repeal of 370 and 35 A, or delimitation under Governor’s rule.

Most important of all, they could ensure Assembly elections in October-November, ensuring an end to Governor’s rule.

Will the Prime Minister and his Home Minister take these steps? I would be surprised, but most happily so. So would Shujaat.

(The commentator is a writer and policy analyst. She was a member of the former Group of Interlocutors for Jammu and Kashmir and author of  ‘Paradise at War’)