Internet saga and the Indian state

Between January and July 2019, Access Now reports that India had 80 instances of Internet shutdowns. 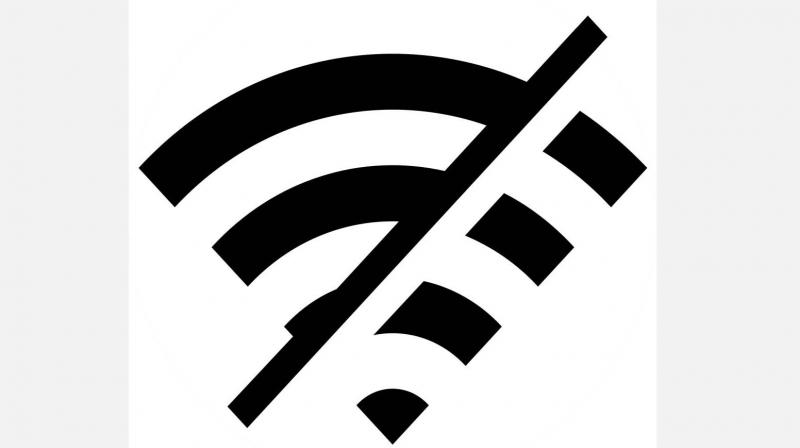 The government’s attempts to address this increasingly networked society started with identification efforts to target the last mile using connectivity.

The last decade witnessed the growth of the Internet from communication technology to essential livelihood-enabling service, with deep integration on every aspect of life from welfare delivery to job generation. Despite technological growth and increase in internet penetration, the last decade also witnessed the Indian government’s growing distrust of its citizens and the law enforcement agencies’ interest to prevent ‘communication rights’ of ‘fake news propagating’ ‘doubtful citizens’.

India’s Internet growth is a constant theme in the last decade. Our country experienced significant year-on-year growth until last year. One such recent reports by Nielsen and Internet and Mobile Association of India (IAMAI) last year has noted that India had 451 million monthly active users as of March 31, 2019.  We depend upon the Internet from banking to communication, basic necessity purchase to cloud services, important aspects of our economic, social, and cultural lives now depend upon the Internet. It transformed our lives and the way we access services & work. It opened up new sets of jobs from online media spaces to taxi aggregation to food delivery. Evolution of product and service startups and their growth in the Indian economy were largely due to open Internet & growth of connectivity and user base.

The government’s attempts to address this increasingly networked society started with identification efforts to target the last mile using connectivity. Aadhaar was its tool and welfare leakage was the rationale. The state introduced connectivity and biometric authentication against Aadhaar as intermediary technologies to control access to welfare. The whole narrative was to fix the leakage to “ghosts/fakes/duplicates”.

The next wave was targeting ‘black money’. The narrative for demonetisation and enabling cashless economy was combined with an amendment to the Prevention of Money Laundering Act, making Aadhaar-Bank account linkage mandatory. People queued up, changed notes, provided Aadhaar details to make black money targeting easier. They queued up similarly for mobile-Aadhaar linkage for helping the state target ‘terrorists’. Many more targeting followed from birth registration to income tax filing — all to prevent ghosts and fakes from looting the Indian state.

We have seen citizen movements for net neutrality and saving the Internet from differential pricing. This resulted in the growth of Indian Internet businesses aided by a low prices to access the Internet via mobiles. This access to communication tools also helped various players, including political parties to use fake news as a tool for opinion formation among target audiences. The Indian state also used fake news such as fabricated “Aadhaar savings” as a tool for building legitimacy for the delivery of welfare services using biometric authentication. It also tried to break encrypted communication on Internet platforms, first in the name of “lynchings” and then for “traceability”.

Internet shutdowns and communication blockades evolved as a method to address law enforcement agencies’ fear of chaos — first under Section 144 of the Code of Criminal Procedure (CrPC) and then under Temporary Suspension of Telecom Services (Public Emergency or Public Safety) Rules, 2017. The NSO Pegasus scandal revealed that possible state actors deployed snooping technologies on mobile phones of activists, lawyers, and public intellectuals involved in the Bhima-Koregaon case. The Kashmir lockdown was a continuity of this state’s fear and mistrust of its citizens. It is worth mentioning that the 2016 Nielson-IAMAI reports on India Internet 2019 ranked Jammu & Kashmir behind Delhi and Kerala with 49 per cent Internet penetration. The financial impact of 165+ days ongoing lockdown seems to be very high.

National Popul-ation Register (NPR) and National Register of Indian Citizens (NRIC) are the continuations of this effort of targeting population using connectivity and identifiers. The change of narrative has gradually evolved from fear of “ghosts/fakes/duplicates” to ‘black money holders’ to selective religious identities, ‘doubtful citizens’ and ‘migrants’. The Anti-CAA-NRIC-NPR protests are a form of dissent by rights-aware citizens to re-engineering and re-classification of citizenship based on religious identifiers. When targeting efforts were met with unexpected protests, the mistrust of the ‘database state’ on citizens ended up with its default failure response: Digital India not found. December 2019 and January 2020 witnessed Internet shutdowns in 10+ states. We have seen communication shutdowns growing granularly in specific areas in Delhi and Hyderabad, and throttling Internet speeds.

The recent order restoring ‘white-listed sites only’ broadband and 2G postpaid Internet access in selective districts of Kashmir — after the Supreme Court verdict — needs to be considered as an evolution of India’s own ‘Great Firewall’. This ‘white-listed sites only’ access violates net neutrality and TRAI’s differential pricing rules that were set in 2016. The government’s ‘Great Firewall’ limiting citizen access to its own “free-basics” is an emerging threat to Internet freedom in India. The tendency of imposing full /limited shutdowns and targeting identities for claiming citizen rights are two sides of the same coin — the Indian government’s increasing distrust of its citizens.

Web inventor Tim Berners-Lee in November 2019 launched a “Contract for the Web”, promising to take concrete steps to make the web a force for good. He appealed to governments to promise to “ensure everyone can connect to the Internet,” to “keep all the internet available all the time,” and to “respect and protect people’s fundamental online privacy and data rights.” Indians badly need this commitment from the government.

(Aravind is a Bangalore-based Independent researcher looking at the intersection of technology, politics and digital rights. He tweets @anivar.)