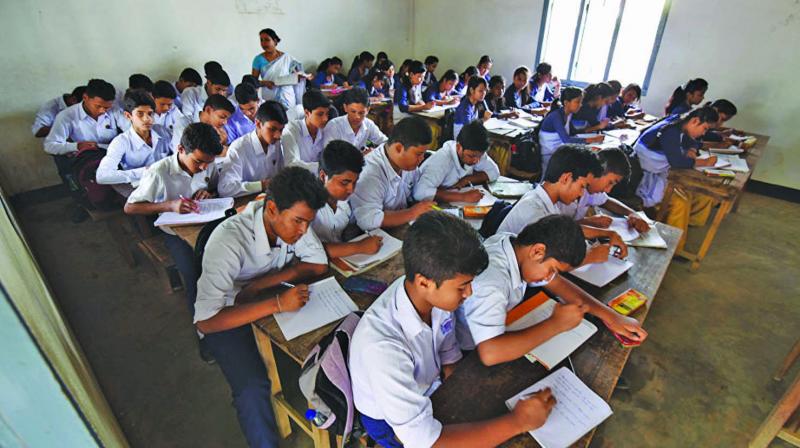 Being demographically the youngest country in the world the new government would need to improve upon the education infrastructure on a massive scale.

Education and health will need urgent attention of the new Union government as these social sectors have the bearing on the lives of citizens. Along with achieving 100 per cent literacy, access to toilets and provision for clean drinking water has to top the agenda. Unless these two important social sectors are addressed adequately, a country like India can never aspire to move to the pedestal of a developed nation.

Education sector
Being demographically the youngest country in the world the new government would need to improve upon the education infrastructure on a massive scale. The country also needs to review of its education policy. A review was promised by the Narendra Modi government, but things did not reach the desired stage. The decision on the issue will now need to be taken by the new government.

Apart from addressing the need to establish new universities, technical and higher education institutes like the IITs and IIMs, the new government will also need to work on the provision for universal literacy. Despite the introduction of the Right of Children to Free and Compulsory Education Act, 2005, the country is still lagging behind in literacy rates as almost a fourth of its population is still classified as illiterate.

At the same time, the new establishment will also need to improve the employability and skills of its young population to improve job-seekers’ chances of contributing to the economy.

Health sector
Despite successive governments claiming that health is a priority sector, the country still reels under an acute shortage of medical facilities. There is a chronic shortage of doctors, hospitals and medicines. The new government should make it a priority to ensure health care is accessible and affordable for masses. The rural population should not be forced to travel to urban areas in a search of good health facilities.

One of the major ailments of the health sector is concentration of medical facilities in urban areas and exodus of specialised doctors to western nations. The new government would also need to expand the training and education facilities for doctors to bring down the ratio of doctors per thousand patients in the country which stands at an abysmal 0.62 per 1,000 people and is far below the World Health Organisation standard of one doctor per 1,000 patients.