Farmers also even allege that only around 45 per cent of claims have been disbursed by insurance companies. 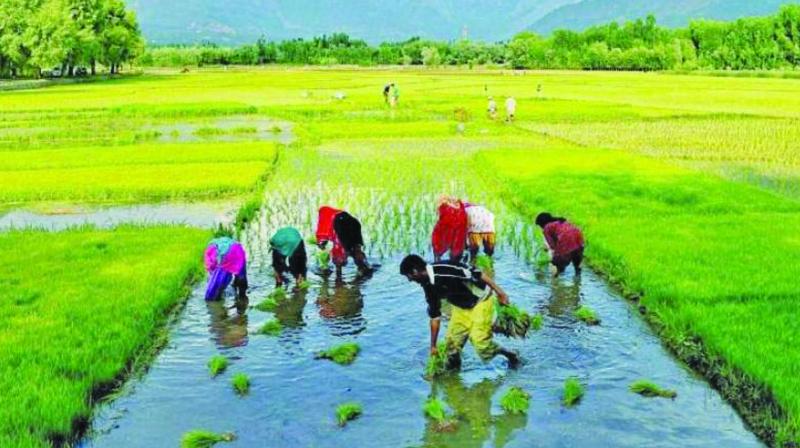 Some of the major reasons among the farmers’ anger is the discrepancy in various clauses of the Right to Fair Compensation and Transparency in Land Acquisition, Rehabilitation and Resettlement Act, 2013.

After May 23, when the results of the Lok Sabha elections are declared, whether there is a new government at the Centre or the current dispensation gets another chance to govern, it will have its hands full.

The agrarian distress due to mounting loans of farmers, poor crop insurance and inadequate minimum support price (MSP) on crops are some of the issues which the new dispensation will have to address.

The unhappiness among the farming community with the NDA government across the country has been quite visible in the recent years, be it protests by Tamil Nadu’s farmers in the national capital, or the long march undertaken by farmers from across the country to Delhi or violent protests by farmers in Madhya Pradesh’s Mandsaur where due to police firing, protesting farmers even got killed.

Some of the major reasons among the farmers’ anger is the discrepancy in various clauses of the Right to Fair Compensation and Transparency in Land Acquisition, Rehabilitation and Resettlement Act, 2013. Farmer groups allege that the legislation — which was drafted by the erstwhile UPA regime, and which the current NDA government tried to amend through the ordinance route more than once — is against farmers.

They allege that while the 2013 law had provisions that permissions need to be taken from the “gram panchayat” or the municipal corporation before acquisition of land by corporates, efforts are being made to reverse this provision. Also, another provision which says that cultivable land cannot be acquired is also being amended or diluted.

Non-waiver of outstanding loans is also bothering farmers. They claim that had successive governments properly implemented the formula for minimum support price (MSP), suggested by the M.S. Swaminathan commission in 2006, the burden of loans on them would have been much lesser.

Peasants also accuse the Modi government of not implementing the commission’s recommendations and emphatically state that what they want is not loan waiver but freedom from loans.

The Centre’s crop insurance scheme has also failed to impress farmers who allege that while insurance companies collect crores of rupees in premium they disburse claims which is much below the actual losses.

Farmers also even allege that only around 45 per cent of claims have been disbursed by insurance companies.