Various employment schemes at the Central and state levels should be done away with and the people provided a basic income instead. 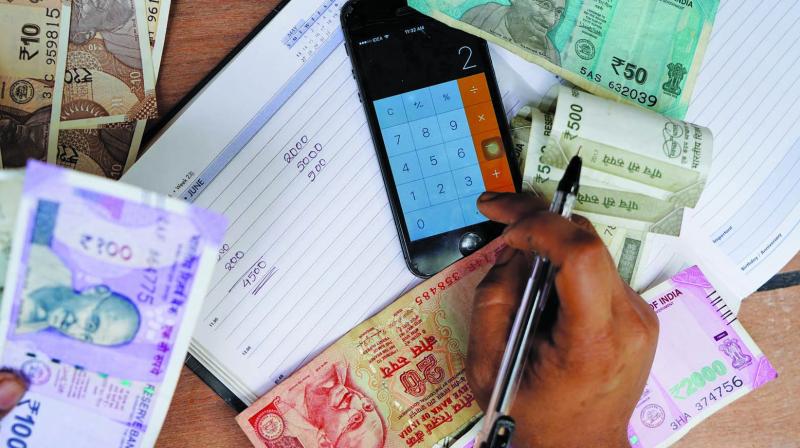 The government can choose to pay a certain amount, which can be calculated as the poverty line threshold multiplied by the number of people in a household and then scaled up for a month.

But in a country like India, the task is different in scope because the number of people living below the poverty line is quite high and can range from 20-50 per cent depending on how the concept is defined.

Universal basic income is a fairly straightforward concept where every individual or family, as the case may be, receives a transfer of income from the government without any conditions being applied. Two things stand out here: First, it is universal meaning, thereby, that everyone is entitled to it and not just one section of society like, say, farmers where Telangana launched the ‘Rythu Bandhu’ scheme — a welfare program to support farmer’s investment for two crops a year. Second, it comes without any condition, which is important because some countries tie it with an activity that can be like sending children to school. Any which way, the idea is to ensure a fixed income to the beneficiary.

This idea was floated in the Economic Survey of 2016-17 and has hence been in existence conceptually in economic discussions and is an extension of the Direct Benefit Transfer (DBT) concept. It has been used in countries in different forms where the lowest strata is identified and then provided such periodic transfers. It comes in different forms based on criteria in countries such as the USA (1974), France (1988), Brazil and Canada. The models vary and the coverage is at times restricted to specific provinces and rarely is it universal across the country. It is a dole given for people who qualify for it in terms of being normally below a certain income level.

Conceptually this is good in countries where the deprived class is small and consists of people who cannot find work for various reasons. It is being spoken of more vocally today given the large amount of labour displacement taking place due to the advent of technology and the possible invasion of artificial intelligence (AI).

But in a country like India, the task is different in scope because the number of people living below the poverty line is quite high and can range from 20-50 per cent depending on how the concept is defined. In fact, the socio-economic census spoke of 65 per cent coming under the threshold of deprivation. Assuming UBI is implemented, how will the scheme work?

The government can choose to pay a certain amount, which can be calculated as the poverty line threshold multiplied by the number of people in a household and then scaled up for a month. Following the World Bank norm of $1.25/day, the cost works out to say Rs 2,600 per capita per month. The challenge is to get to know the right number of people as there is limited data on consumer income. While Aadhaar identifies the person, the income is not stated. The census captures ownership of certain household goods, which can be used for omitting some sections. The ration card gives a self-declared income, which can be another filter. Therefore, using a combination of such factors the government may identify the people though there is the issue of data being outdated with families multiplying and new families being formed. Assuming this is done, the government can choose the total amount it would like to spend and then apply the filters to arrive at the number of families that qualify.

Once identified, the JAM (Jan Dhan-Aadhaar-Mobile) trio can be used to transfer funds to the beneficiary. The total amount to be transferred will be large depending on the coverage and for this ideally, some of the existing schemes need to be merged like the public distribution of food grain, National Rural Employment Guarantee Act (NREGA), mid-day meal scheme etc.

When this is done it would also make certain institutions such as the Food Corporation of India and the ministry of rural development less relevant and, hence, a new role has to be created. A call can also be taken on whether the government should spend less on health and education as the quality of service is low and by giving the money to individuals. The same can be used to procure the good or service.

On paper, this looks quite doable given that for the Ayushman scheme there has been some kind of short-listing of families. While there will be large amounts of exclusions, especially of those who are so deprived that they do not have any of the three parts of JAM, this can be a problem that can be solved over time.

The scheme is hence similar to the DBT, which has been used sporadically for delivery of certain schemes like the Public Distribution System (PDS). Are there any dangers? First is that the scheme once started cannot be discontinued as it will throw families out of gear.  Second, once given, the amount has to be increased progressively along with inflation as it becomes politically expedient to make such changes. Third, there is a perverse incentive not to work in case the amount is attractive. This can lead to a lot of voluntary employment, which can create a problem, especially at the unorganised level. Given that there is a demographic imbalance and high levels of unemployment, giving such money can exacerbate the situation.

The UBI, hence, is a scheme that is worth embarking on. However, before doing so there should be plans ready to cover the fallouts. One such thing can be the redundancy of the minimum support price (MSP), procurement and distribution of food. Various employment schemes at the Central and state levels should be done away with and the people provided a basic income instead.

This will mean a major cut in the size of the bureaucracy that handles these activities. Also getting a fix on the coverage is important as it can lead to considerable litigation if people are deprived of such an income especially so as the concept of income earned by an individual is nebulous and not recorded. Withdrawing schemes that have been merged with the UBI would also mean that the product or service would get dearer in the market. If the food subsidy is removed, the price of food will go up when all people go to the market to buy rice or wheat, which is not the case today. Such eventualities should be considered before embarking on the journey.