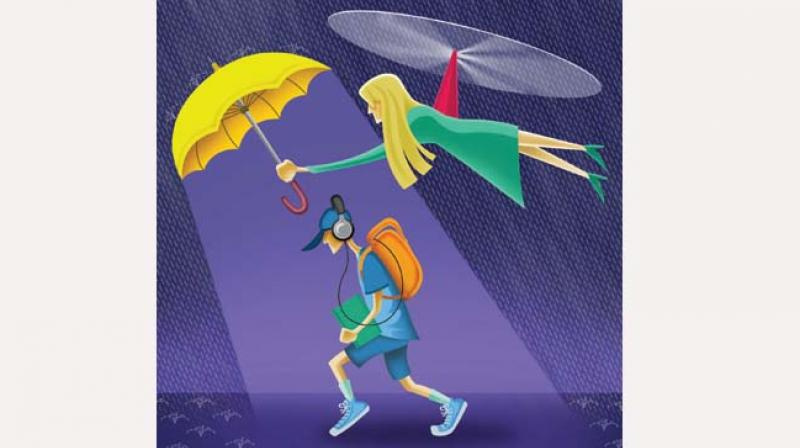 The huge variation in the quality and facilities at the LKG and UKG institutions in the country is something which no modern nation can feel proud about.

Education is a concurrent subject where the States have an equal role and say. Will all the states agree on these important recommendations and crucial structural changes? If individual States selectively implement the Policy, the school education scenario in the country, which today is surprisingly coherent, will become a messy and half-cooked amalgam.

The new National Education Policy on which the Government has invited suggestions has evoked mixed responses. The 480-page document prepared by the committee headed by Dr. Kasthurirangan should be appreciated for its comprehensiveness. It employs the appropriate terminology and projects an underlying philosophy meant to overhaul education in India from Early Childhood Education Education (ECCE) to University education, technical education and research. In the opening page we read the Vision which is as follows:

“The National Education Policy 2019 envisions an India-centred education system that contributes directly to transforming our nation sustainably into an equitable and vibrant knowledge society, by providing high quality education to all”

There can be no difference of views on the above vision of the Policy. However, that consensus and general appreciation about the appropriate terminology used will begin to peel off as we enter into the details of the recommendations. In fact, the consensus-inviting terminology is a problem as it conceals many a danger that the Policy could bring about. It should be conceded that several new ideas, justified by the emerging techno-economic milieu, have got into the DNA of the Policy. To that extent it tries to harmonise education with the demands of the changing times.

In school education, the major and path-breaking recommendation is that early childhood education should become part of the school education. The idea behind spotlighting the much neglected early childhood stage of education is quite welcome. Integrating this crucial phase in the cognitive development of a child with the school education system will, of course, prevent the great damage and inequity being done today in the countless pre-primary schools that have sprouted throughout the country. The huge variation in the quality and facilities at the LKG and UKG institutions in the country is something which no modern nation can feel proud about. The inputs and orientation a child receives between the ages of 3 to 8 determines the child’s values, approach to studies and society at large. It is such a crucial area that has been shamelessly left to the vagaries of a disorganised  market and the whims of self-styled educationists. No wonder, the bulk of our schools and higher education institutions churn out students whose cognitive and social skills are far from desirable.

Though the Report gratefully highlights the need to concentrate on ECCE, the manner suggested is neither feasible nor convincing. That anganwadis will be converted into ECCE Centres is not an inspiring promise, knowing the quality of anganwadis and the qualification and competence of those teachers. The social inequities amplified by the school system by the sheer variety of the schools begin from Pre-Primary schools. How the proposed changes in the school system are going to address the issues of inequity is unclear.

The Policy talks about restructuring the school system into four stages 5-3-3-4.  The first five years will be the foundational stage, leading to a three year preparatory stage. The next three years, will correspond to the present classes 6, 7 and 8 followed by four years of secondary stage (classes 9 to 12).  Notwithstanding the academic merit of these recommendations, its practical complexity including the financial implications should not escape our attention. Any far-reaching structural changes as proposed shall have enormous dislocating influence, if not implemented wholeheartedly.

Education is a concurrent subject where the States have an equal role and say. Will all the states agree on these important recommendations and crucial structural changes? If individual States selectively implement the Policy, the school education scenario in the country, which today is surprisingly coherent, will become a messy and half-cooked amalgam. Should the Central Government decide to implement this by force, making the States mute spectators, the danger will be calamitous.

This inherent threat of centralisation of resources and the resultant weakening of the States is what makes these far-reaching recommendations menacing, though in its content and approach they are fair and sober.  This threat is more ominous in the recommendations pertaining to higher education.

The Policy talks about a central funding arrangement in lieu of the University Grants Commission, whose role will be marginaliaed. This centralisation of financial powers, read along with these prescriptions for major overhaul requiring huge financial resources, makes the suggestions suspect.

Though the Policy talks about autonomous institutions, the value of academic autonomy seems to be not a matter of priority. The word autonomy seems to be used more as administrative autonomy of institutions rather than their academic freedom. The power of the State Legislatures to create Universities are sought to be diluted by the recommendation that National Higher Education Regulatory Authority (NHERA) also will be authorised to approve the setting up of ‘higher education institutions’. The proposed categorisation of higher Education Institutions as  (i) research universities focusing equally on research and teaching; (ii) teaching universities focusing primarily on teaching; and (iii) colleges focusing only on teaching at undergraduate levels may also lead to further inequities.

The proposal for setting up a National Research Foundation is also a case for concern. Academic Research has to flower in an atmosphere of freedom and exchange of ideas. Though there is a case for enhancing the quality of academic research in the country, the prescription in the Policy is worse than the malady.

The notion of centralising academic and financial decisions is a recurring theme in the Policy. The Policy, while talking about liberal arts is silent about liberal values that need to be necessarily fostered in Universities. Further, the distinction between Public Universities and Private Universities get blurred in the Policy. The atmosphere where private Universities flourish and publicly funded Universities gradually decline will lead to social exclusion of the economically weaker students. If that is to happen, education which ought to correct social and economic inequities could become the very tool that perpetuates and aggravates the differences. The inherent tendency towards centralised decision making in academic and financial matters and the reduced role of the States have the potential to aggravate our social inequities.

The New Education Policy is, of course, a worthwhile document. But it is a double edged weapon as well. If the inherent dangers at the implementation level are addressed with statesmanlike vision and patience, the policy could bring some light into Indian educational sector. But if it is implemented without the willing cooperation of all the stake holders, particularly the State Governments, and implemented in haste, it could be a destabilising instrument.

(The writer is director, Institute of Management in Government and a former Chief Secretary and former vice-chancellor of Malayalam University )