Policy continuity key for investments despite change of guard 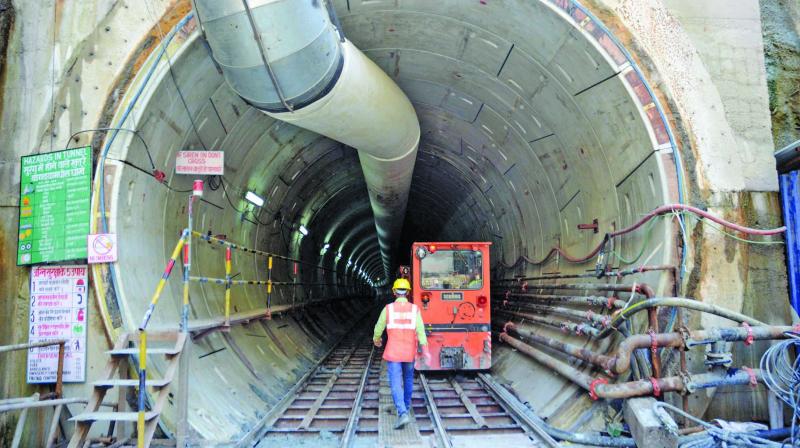 The change of guard at Mantralaya on November 28 brought with it some uncertainty regarding the fate of many projects sanctioned by the previous Devendra Fadnavis government. According to reports earlier this month, infrastructure projects worth `2 lakh crore are likely to be reviewed by the newly-formed Maha Vikas Aghadi (MVA) government — an uneasy post-poll alliance between the Shiv Sena, Nationalist Congress Party (NCP) and the Congress.

The spectre of a possible review of major infrastructure projects was always on the horizon, given the mounting debt of the state exchequer — which reportedly stands at over `6 lakh crore — and the unfavourable comments of MVA leaders on projects like the Mumbai-Ahmedabad Bullet Train, which has been dubbed a “white elephant”.

While chief minister Uddhav Thackeray has stated that no major infrastructure project would be scrapped, the reports of a major review has once again brought to the fore the need to ensure continuity in development policies, irrespective of change in governments in the state or at the Centre.

Not good for investors
The policy uncertainty pertaining to major infrastructure projects threatens the confidence of those who have invested their money and those who intend to invest in the future. “When a project comes under review and if there are major departures from the previously agreed upon agreement, an investor is likely to be discouraged from entering the market. Any major project has several linkages which get hampered due to policy uncertainty. The investor might exit but not before the news reaches other potential investors, who will then rethink their decision,” said veteran economist Sunil Bhandare.

Given India’s unique position as a major destination for foreign direct investment (FDI), policy uncertainties would also impact the perception of foreign investors. Sourajit Aiyer, founder of South Asia Fast Track, a sustainable development communications firm, said, “Any kind of uncertainty is undesirable for investors, as it impacts returns and cash flows. In the ongoing economic downslide, it is quite important to attract more FDI given the near drying up of domestic capex (capital expenditure) flows. Any decision that risks violating the sanctity of contracts will only desist potential investors. Project reviews is now an investment risk for foreign investors.”

Maharashtra, whose capital city Mumbai is an economic powerhouse, attracted the highest foreign direct investment — $11.38 billion — in 2018-19. According to Invest India, Maha-rashtra attracted 31 per cent of the total FDI inflows in the 21st century. However, Mr Aiyer also pointed out that there has been a decline in foreign investment in the last few years — a reflection of a declining economy.

Need consensus on development
The Maharashtra government’s decision to review projects comes at a time when the Jaganmohan Reddy-led Andhra Pradesh government has begun reversing several policy decisions taken by his predecessor Chandrababu Naidu. While only time will suggest the result of the proposed review of projects in Maharashtra, media reports have only exposed the fault lines in policy making in India.

Vikram Ajit Jakhadi,  a corporate lawyer who practises in the Bombay high court, however, said that the government is fully within its power to review a project based for a number of reasons as per its discretion. “If a government finds that a pre-approved project goes against the provisions of any law, for instance environmental law, or is financially imprudent, the contract may be reviewed or scrapped with detailed reasons,” he said. Mr Jakhadi, nevertheless, added that courts can intervene if there is a degree of arbitrariness in the decision.

In the post-liberalisation era, policy continuity and stability have been given paramount importance, since they not only reflect economic but also political stability in a developing nation-state like India.

Mr Bhandare bats for a broad-based political consensus on development issues and cites the Goods and Services Tax (GST) Council, which helped in the rollout of the nationwide GST, as a fine example.

“All political parties need to form a consensus on key projects that can help society in the long run. There needs to be a development committee-like set-up for political parties to find a common ground on matters of public importance. With consensus, political parties become morally bound to carry forward a project in national interest,” he said.

“The regulator must see there is no financial misappropriation and that the projects are undertaken per rules. This will leave no room for any incoming government to review or scrap a project,” he said, adding that projects must not come under question simply on the basis of suspicions of wrongdoing, but facts.

Employment for locals tangle
Another announcement of the MVA government, too, may bother potential investors. Speaking in the Assembly recently, governor B.S. Koshyari had said that the government would reserve 80 per cent of the jobs for locals in the private sector.

Congress-ruled states like Madhya Pradesh and Rajasthan are mulling introducing a law to this effect, while Andhra Pradesh recently became the first state to pass it. However, Maharashtra has had the policy of reserving jobs for locals in industries since many years  now.

Stressing on the need to impart relevant job skills for the 21st century, Mr Ashok Hingane, former vice-president (human resources) at Aditya Birla Group, said that the policy for reserving jobs for locals would be left redundant if the local candidates do not equip themselves with relevant job skills.

“Local candidates already occupy a significant chunk of jobs in various industries. But one will see that they largely perform unskilled or semi-skilled jobs. Hence, government must focus on skill development for local candidates,” Mr Hingane said.

The veteran human resources professional opined that while a jobs-for-locals policy seems to downplay meritocracy to an extent, he added that, ultimately, there will not be a major difference in skill sets between a localite and someone from outside Maharashtra.

As per a November 2008 circular, which provided priority in employment to 80 per cent of locals in micro, small, medium, large and mega industrial enterprises, anyone residing in the state for 15 years is a local.

However, Mr Hingane issues a word of caution too: “The corporates who set up industries in Maharashtra will find it difficult to get the candidate with the right skill sets for the jobs. Elements around the industries’ premises may also pressurise them to only hire people living in the vicinity whom they consider to be the ‘true   locals’.”