The Supreme Court did not stay the high court order, and yet the government didn’t implement it for nine years. 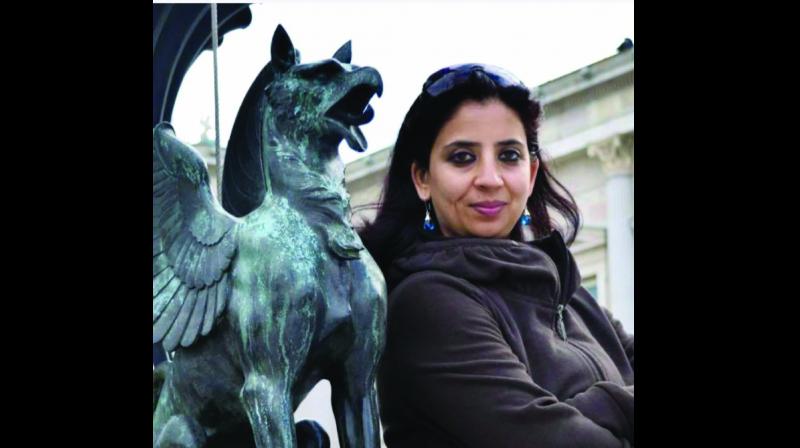 On Wednesday, February 19, two days after the Supreme Court ordered the Indian Army to uphold the Constitution’s guarantee of right to equal opportunity follow the order issued to them by the Delhi high court 10 years ago and grant permanent commission (PC) to its women officers, senior advocate Aishwarya Bhati, representing the 322 affected women, said she was “thrilled… extremely happy” because “what the Supreme Court has demolished is the mindset”.

In its 54-page judgment, the Supreme Court mentions “mindset” four times, and “stereotypes/stereotypical” five times. It then issues directions to the Bharatiya Thal Sena and sets a three-month deadline.

“I love that line where the Supreme Court says that the kind of arguments that are raised to deny women command positions… that ‘cast aspersion on their abilities on the ground of gender are an affront not only to their dignity as women but to the dignity of the members of the Indian Army — men and women — who serve as equal citizens in a common mission’.”

This battle for equality, which Bhati says began in 2003 with a PIL, should have ended with the high court’s order of March 12, 2010, when the Union government was asked to grant PCs to women officers (everywhere except in the combat arms, at par with the grant of PC to men). But the Union of India challenged it in Supreme Court on grounds that courts cannot interfere in their policy decisions.

The Supreme Court did not stay the high court order, and yet the government didn’t implement it for nine years. On February 25 last year, the Army issued a circular announcing that they have decided to grant women officers PC in eight arms/services, in addition to the existing streams of JAG and AEC.

And about a year later, in January 2020, during arguments against giving women officers the training and option of promotions and command positions, it submitted a note that, Bhati says, “became the turning point of the case”.

The note which, among other things, had a list of 11 excuses for not granting women equal training and opportunity for a shot at promotions above the rank of lieutenant colonel, mentioned reasons of national security, said that senior women are untrainable, that women have domestic and matrimonial duties, and have lower physical standards.

It also said that in “the unique all male environment of a unit” the presence of WOs (women officers) requires men to moderate their behaviour, “leading to peculiar dynamics”. The government’s 11th excuse was titled,“Equal Opportunity is for Equals”.

In response the Supreme Court’s order listed 11 examples of exemplary women who have been awarded by the Army itself. Bhati and her team also told the court that in the 30 years since women had been serving in the Army, there had not been even “one instance of insubordination”.

The Supreme Court heard the Union of India and dismissed both, their argument and mindset. “Women officers have served the organisation for almost 25 years and the battle is against mind-sets,” it said and ordered that all serving women officers on short service commission have to be given the option of PC, and those who do become permanent, will be entitled to all consequential benefits, including promotions.

Despite this, says Bhati, the women officers are “very very sceptical” because “even my experience in this case has been that the devil is in the details.” She and the women officers will remain vigilant and see what kind of notification the Army comes up with.

On February 20, the Army Chief General M.M. Naravane announced that letters are being sent to women officers asking whether they will want to opt for PC.

A serving officer, female, speaking on the condition of anonymity, said, “Army has never championed gender equality, especially male officers. Army has vehemently opposed the cases filed by women officers for gender parity. I can't believe… How can the chief lie so blatantly?”

The way women and men enter the Army is different. When the Indian Army’s matter was in Delhi high court, the Air Force and Navy changed their policy.  They kept two routes for entry for both men and women, and did away with the option of changing midstream.

A Lt. Col., who has completed 15 years of service through extension of 5+5+4 years and is waiting for the option of PC, is not yet celebrating the court’s order. “I want to wait and watch what interpretation the Army comes out with. The only silver lining at the moment is the pension, which they will have to give. But whether they will do something about career progression or not, I am not sure,” she says.

To be eligible to command a company of around 100 people, officers need to complete what’s called the Junior Command Course. It’s usually done between five-eight years of service, at the level of Major. “Male officers do it, but for the past six-seven years women officers are not being called on this course… I have not done it myself. A lot of my women course mates have not done this course.” And then, she says, is the Defence Services Staff College, the most prestigious exam and course of the Indian Army that prepares you for senior command positions (commanding about 450-500 people). It is also usually done at the rank of major.

The competitive exam for which about 3,000 apply but only 250 get selected is followed by a 1-year course in Wellington, Tamil Nadu, and the chances of whoever does it are “90-95 per cent brighter” than others in getting through the selection board to become a full colonel. Men get three chances to sit for this exam. Women, none.

The Lt. Col. says her male batchmates have taken these exams and some, who have cleared it, are now here seniors. “At a personal level I can always call him by his name, but in front of people I have to salute him, because he is my senior, because he got the chances which I did not get”.

Talking of mindset, the Lt. Col. says, “I’m at a high-altitude area, commanding a small platoon. I am part of a brigade, and there are 5,000 troops and 100 officers and I am the only woman here. All of them, they do listen to me. they do whatever I tell them to… they see your rank. They see how you conduct yourself, they see that you are an officer, they listen to you.

“This is all a mindset — it’s not the men, it’s male officers. If you talk to them, 90 per cent will say, these women are useless, they should not be given anything at all. I am telling you, if women get a chance to go for JC, or DSSC, they will just slay it.”

The Army’s two main combatants units (infantry and armoured corps) are out of bounds for women officers for now and yet, talk to any senior officer, male, about women in the Army and there is a conjuring of scenarios in precisely these two streams.

Lt. Gen. Kamal Davar, who served as the first director general of the Defence Intelligence Agency, and is now retired, says, “Pehle bechariyon ko 14 saal mein hum Jai Hind kar dete the. Now they will get pension and have also been granted permanent commission.” And then adds, “We in the Army have a different sense of honour, different from that of civilians,” and talks of the confined space in a tank.  “It’s a very confined space, and you are physically on top of each other… rubbing shoulder with two-three crew members. Why embarrass a lady officer?” And adds something about “a pretty commander and a gunner”.  When I asked him how much time had he actually spent in tanks, rubbing shoulders with men, or on top of other men, he said, “Some time in my initial years”.

At the Indian Military Academy in Dehradun, which men have the option of attending by clearing just one extra paper than women — of mathematics — rests a black granite slab with “Antim Pag” inscribed on in, in Hindi. Gentleman cadets do not become officers until they ceremoniously cross the “Antim Pag” plaque.

How the Indian Army takes its “antim pag” on the Supreme Court’s order will show whether they are both, officers and gentlemen, in body and in mind.