I have always maintained that women in defence services are not meant for parades and showcasing in events only. 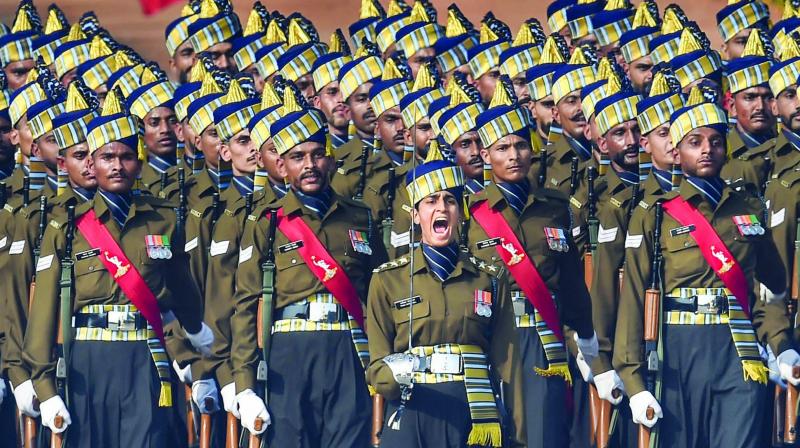 The decision of the Supreme Court of India granting women the same career progression as men in the Indian Army has generated quite a debate. The Court has upheld the judgement of the Delhi High Court which had asked the ministry of defence to consider women for grant of permanent commission (PC) at par with male officers. Till that point of time, women officers were only allowed Short Service Commission (SSC) under the “Women Special Entry Scheme” upto a maximum of 14 years, while male SSC officers were eligible to be considered for PC. The minimum service required to earn a pension in the defence services being 20 years, women officers were mandatorily released from service at crossroads in their mid-30s, without a permanent career, financial backup or social security and at an age when family and other commitments are at a peak.

The conversation on the subject, however, seems to have veered off the mark. Many commentators, including some military veterans, have questioned the physical ability of women to command troops in frontline combat, while others have raised doubts about a situation in which a woman officer is taken prisoner of war by the enemy. Some have even spoken on how women would give 100 per cent to their jobs considering there might be maternity breaks in-between.

Much of these discussions are otiose.

First, the issue before the SC was not frontline combat but simply grant of PC and “command appointments” instead of “staff appointments” and that too in earmarked posts. While the litigation was pending, the government had issued a policy allowing women to be considered for PC with a caveat that they will not hold “command” positions at par with men and would only hold specified posts. The policy also unreasonably required women to provide the option for PC within three to four years of service while there was no such condition imposed on men. It was the contention of the litigants that they could not be slotted in specific posts when there were no such fetters on their male counterparts. It may be noted again that the issue was not “command” in combat arms on the battlefront but regular appointments involving command of troops in branches in which women were already serving as SSC officers. In any case, such a policy was absurd on the face of it since it allowed them to hold myriad appointments while they were SSC officers but restricted their employability as soon as they became permanent. In certain quarters there was a fear that women would usurp “soft” appointments leading to additional pressure on males who would remain deployed in tougher areas. However, their employability on varied (rather than restricted) appointments should now rather terminate this fear since it is known to all that it would be a level field hereafter, without any favour based on sex.

Second, when there is no deployment of women on frontline combat, there is no question of them being taken PoW. And even if hypothetically they were so deployed, they are soldiers first and then women, and our concern should be regarding an Indian soldier taken PoW, and not a woman. In any case, to raise an issue which is an impossibility just to create some kind of an emotionally chilling effect does not seem judicious.

Third, the bogey of maternity leave is quite lame. It is well-known that this is likely to emanate during the younger years and not during the later years when such officers are granted PC. When this has not posed a problem during SSC, why would it interfere during PC when the incidence of pregnancy, on the contrary, is likely to be very low? Members of other uniformed organisations, such as the police and the Central Armed Police Forces, have accepted them with open arms and it is painful to hear such regressive comments from members of the military community. Needless to state, some of these organisations deploy women in much tougher roles and in lower ranks.

I have always maintained that women in defence services are not meant for parades and showcasing in events only. Women must be placed in responsible positions in multiple roles to the greatest extent possible. The switchover would result in some churning and may require some finetuning but a few years from now, this will not even remain a talking point with women and men well-assimilated in a system ruled only by merit and competence. The positive and very mature statements of the defence minister and the Army chief only point towards an egalitarian and progressive time ahead for the military, aided with some practical and well-chiselled policy interventions in the near future.