Priyanka is not Indira Gandhi

The BJP’s spectacular performance in UP in the 2014 Lok Sabha elections made it the first party to come power on its own after nearly 30 years. 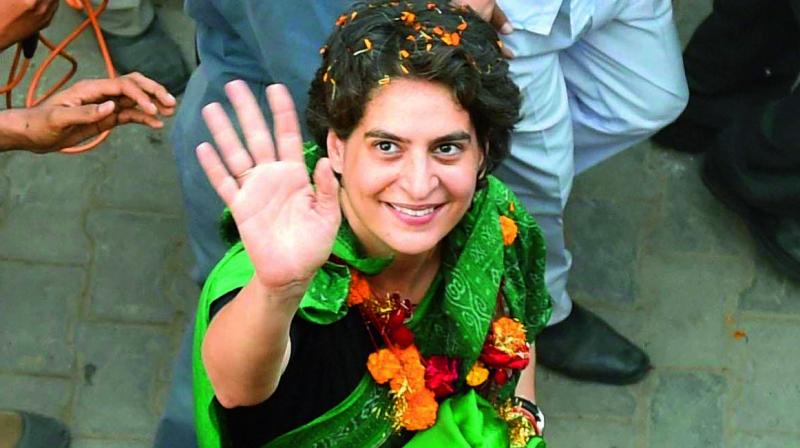 Though the Congress is aiming at the vote of Brahmins, who make 23 per cent of electorate in Uttar Pradesh, the party seems to be ignorant of the fact that ground realities have changed, and Priyanka is not Indira.

Desperation is clearly showing in the Congress after the SP-BSP, which had been hobnobbing with it on many a platform and holding hands in public displays, chose to ditch it at the nth hour.

That they struck a quick deal, shows that it was in the works and the Congress was kept in the dark. The SP-BSP have “magnanimously” left Rae Bareli and Amethi to the Gandhis. Big deal!

The Congress has now played its last-ditch gambit by appointing Ms Priyanka Gandhi Vadra as the party’s general secretary in charge of east Uttar Pradesh – with a clear eye on the Brahmin votes (23 per cent) on which bhoomi, Jawaharlal Nehru and Indira Gandhi and briefly Rajiv Gandhi held sway as the “family born to rule”.

But times have changed. The clarion call is that she is the next Indira Gandhi let loose and would have a terrific impact on the voters not only in Eastern UP and 80 constituencies of UP, which matter, but throughout India, as she now has a position in the party, and is no longer seen as an extra constitutional interlude during election time.

Priyanka is no Indira Gandhi and it is no rocket science. Indira was close to Nehru all the time, became secretary of the Congress, had the ears of Jambavans of the day like K. Kamaraj, Ghosh, Morarji Desai, R. Venkataraman et al. On the death of Lal Bahadur Shastri, Indira’s elevation was a seamless one. She was already politically savvy, and her administrative skills had been honed as information and broadcasting minister.

Then, Priyanka is in for a savage time in the heat of politics. Hitherto, her campaigns in Rae Bareli and Amethi for “Mummy” and “Bhai” were based on blood. Now, as general secretary, she will not have the protective cover from barbs and innuendoes and invectives too from the lower brass of opposing teams.

And the Robert Vadra connect and his alleged “multibillionaire status”, already doing the rounds on social media, would be too hot to handle. Can she take the heat?

As for her impact, as a wag said on Twitter, “We have come a long way Baby. No longer tied to Gandhi parivaar”.

If the expectation is that the Gandhi name will trigger nostalgic memories and her good looks of grandma Indira Gandhi may sway the electorate, sorry. Today’s voter, even in the dusty and rustic villages, cannot be construed as the “dumb driven cattle” they were before.

On the other hand, Modi has been served an issue on a platter as the bugle has been sounded to christen it as Modi Sarkar vs Gandhi Parivaar. Her induction would enable Modi to turn the battle into a Presidential style, one that he revels in.

When Rahul kept failing at the hustings, the hangers-on were urging for Priyanka’s entry. Now Rahul bhaiyya has conceded that he needs Didi. A dent on his ability. Priyanka may add colour and spice, but not muscle.

(The writer is a practising advocate in the Madras High Court)