Infosys, the poster-boy of good corporate governance and all that it represents, is in the news for the wrong reasons. 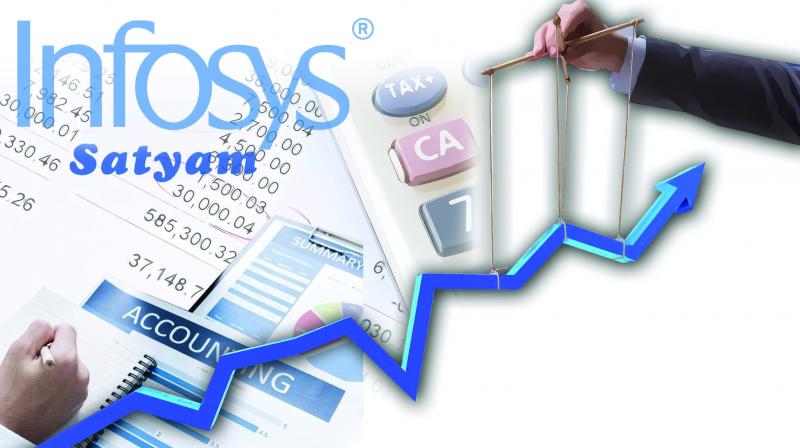 True or not, time will tell, but in the meantime, Infosys is in the eye of the storm again.

Infosys, Bengaluru’s IT bellwether and the second largest software exporter, has courted controversy almost non-stop over the last decade. The most recent is a claim of “unethical practices,” by a whistleblower alleging adoption of practices that violate corporate governance standards and accounting practices. The down-slide began in 2011, with former employee Jack Palmer’s allegations of visa misuse, resulting in Infosys making a $34 million settlement, the largest in an alleged civil fraud case over visas in the United States. Then came the murky acquisition of Panaya and Skava by Vishal Sikka, the first non-founder CEO, who eventually stepped down, as well as the alleged severance package paid to Rajiv Bansal. Whistleblowers then turned on non-executive chairman Nandan Nilekani in 2018, (who stepped in after the resignations of Sikka and non-executive Chairman Seshasayee), accusing him of “conniving to bury wrongdoings of the earlier board.” In the most recent case, America-based Rosen Law Firm has now said it is preparing a class action lawsuit to recover alleged losses suffered by Infosys investors. The company is forming an internal team to investigate, led by Nilekani and assisted by a US law firm, and is expected to cooperate fully. 2019 has been rife with corporate downfalls, from the Jet Airways crisis, the Indiabulls Housing Finance in June, the suicide of Coffee Day Enterprise’s founder in July, the arrest of Malvinder Singh of Ranbaxy, Religare and Fortis - the arrival of one more whistleblower scam for Infosys could just be another textbook case of corporate crisis and unethical practices. Will Infosys clean up its act now, or go the Satyam and  Ranbaxy way?

Just about a year ago in November 2018(just after the fracas of the previous year which involved Vishal Sikka), Nandan Nilekani, the Chairman of Infosys seemed to have heaved a sigh of relief. He is famously attributed to have said, ”Infosys is boring again, and that’s a good thing”!

That sure was a good thing, but this good thing did not last. Infosys is back in the news again, not quite for all the good things it does. Instead, it is about all the things it actually abhors.

Infosys, the poster-boy of good corporate governance and all that it represents, is in the news for the wrong reasons. Reasons called to attention by a set of employee whistleblowers who have brought to note malfeasance of the accounting kind. The allegations relate to two primary terrains. The first is about aggressive accounting tactics and the second is about hiding information from auditors to boost revenue and profit margins in the short term. Both damaging in their own right. No corporate worth its salt or chip will want allegations of this kind to be true. True or not, time will tell, but in the meantime, Infosys is in the eye of the storm again.

This is no small storm of process gone wrong. Instead, the storm attains a bigger dimension, as the company’s market cap lost all of INR 53,000 Crore on day one in India after the disclosure hit the markets on 21 October, 2019. And the storm attains a bigger dimension, as one peeks at US Investor losses, which seem to nudge USD 6.52 Billion since 21st October. And that is the financial tsunami it has set off.

The image-storm is likely to be of a greater dimension. There is a Class Action Suit in the US filed by the Rosen Law Firm, which seems to want to represent the losses suffered by ADS holders in the US. Action in India from the side of investors is slow as they nurse their hurt.

In terms of image for sure, the hurt is big. Remember, Infosys has always been seen as the flag-bearer of transparent and good corporate governance. Stalwarts such as N R Narayana Murthy and Nandan Nilekini have been at the forefront of this movement. They in many ways, with indeed every founder and early employee evangelist of Infosys, represent the movement of clean practice in corporate governance, much before the best practices we see enshrined in the laws of the day came into play. Therefore, the image-hurt is big.

Even so. Public memory is proverbially and really short. Even this shall pass. Let me then look at issues solid, more solid than image.

Events such as these, whenever they happen in corporate context, are always a distraction to business. Bigger the company, bigger the problem. Let me list down 4 things this event has created as new operating environment for Infosys, and indeed every corporate in similar space:

1. It shakes up the organization and stirs up mindsets. It rocks image. It makes for market gossip. It helps competition re-position itself, even as it seeks to use the situation to advantage. Therefore, the important thing is to keep an eye on the ball of business. And in this business, it is not the slow ball of hockey, instead it the fast-paced ball of table tennis zipping through our senses.
2. It has brought to fore the fact that there are really two Infosys organizations. One is the old and the other is the new.  And the twain does not meet easily. One is represented by the traditionalists and the other by the modernists. Vishal Sikka and Salil Parekh are the two recent representations of the modernists. Or shall we call them the outsiders?
3. In sheer management terms, this event really represents the power of the Infosys Democracy and power of the employees, as opposed to the power of those who rule at higher rungs in the pecking order of corporate hierarchy. As organizations grow bigger and bigger, there is indeed less and less of power from the top, as opposed to power from the bottom. Transparent governance norms and rules for corporate organizations will progressively ensure this shift of power.

Smaller corporate outfits can afford to be autocracies, whereas larger organizations will progressively become transparent democracies.

This sure is an example of power from the whistle. Can one then expect an RTI kind of norm in corporate organizations soon? The power to call out the wrong, or the allegedly wrong, is soon emerging to be the trend.Let’s sit up and smell the coffee.

4. Investor activism will be the new big trend ahead. Investors will seek greater clarity at every step, much more than now. Investor scrutiny will get deeper than it stands today for sure. Investors will sue as well. Even in India. The balance of power between the investors and managements is set to change.

A Gain-loss
Analysis Then?
At the end of it all, this entire episode is a big win for the set of “ethical employees” who have showcased the issue in a whistleblower complaint. This is a big loss for thesets of investors who lost money overnight. This is a big loss in image terms for Infosys. A loss that will take some time to recover from in the eyes of investors, clients, employees and the lay public by and large.

Incidents such as these are cankers. These are cankers that are left behind as a scar on the image of the firm in question. Yes these cankers will remain relatively benign and will be erased from public memory later than sooner, but till they last, the harm has been done.
—Harish Bijoor is a Brand Guru & Founder, Harish Bijoor Consults Inc.