Irrfan had hundreds of questions, which made me very happy about his involvement as an actor 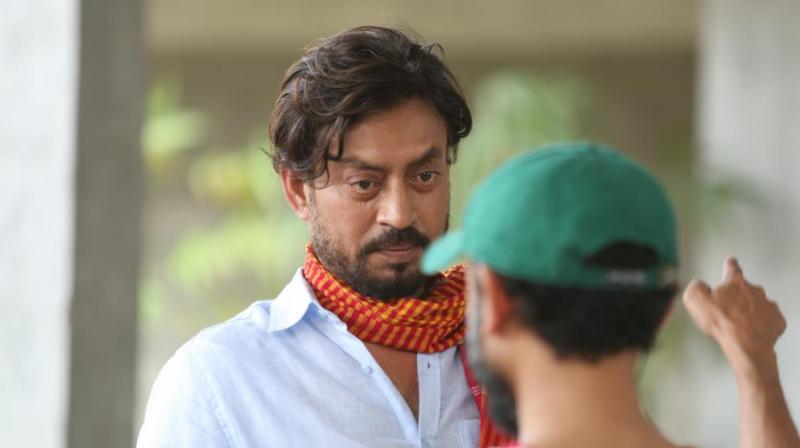 For the kind of films, I make, it is fundamental for the artists and crew to feel as one family. That’s why we were nervous about Irrfan, says Mostofa Sarwar Farooki.

Mostofa Sarwar Farooki is one of the best-known filmmakers of Bangladesh, the pioneer of the new-wave cinema movement in the country. He’s the auteur of about 22 works, both film and TV, and has won various international accolades.

Farooki recently launched is first web-series Ladies and Gentlemen on Zee5 Global, and is excited by the response it has got around the world, both from the critics and public (the channel goes to 190 countries). The web-series is the director’s individualistic take on the #MeToo movement, and he’s pleased that the web-series has generated discussions in many countries, including India.
The director has always favored streaming platforms, and in fact two of his early films, Television (2012), Ant Story (2014) were streamed on Netflix.

His latest film to stream on Netflix, is Doob — No Bed of Roses, where the lead is played by none other than the great Irrfan Khan. In fact, this was one of his last films, and he even co-produced the movie.

Excerpts from a freewheeling interview with the dynamic Bangladeshi filmmaker:

What made you choose the #MeToo subject, for your maiden web-series Ladies and Gentlemen on Zee5 Global?

My interest for different aspects of the male-female relationship and its power dynamics has always been there. I’ve also long been thinking of the finer fabrics of a story where the abuser is a successful artist, and the abused is his fan, and that’s how this story came about.

Why did the story suddenly become a crime thriller?

The murder needed to happen, as I needed to tap on the male rage that I see in our society. A crime in response to another crime forms a criminalised society. I wanted to touch upon the broader theme of society and state.

How have the viewers reacted to the Web-Series?

The audience responses have been amazing. There have been lots of discussions, which was very heartwarming to see.

You seem to have a brilliant cast.

They are some of the best artistes working in Bangladeshi films and television.

Do you personally believe that women are stronger than men, as your film portrays?

If we are talking about endurance, adaptability, swimming against the tide, determination, then my answer would probably be “Yes”!

How important are OTT platforms to you?

OTT is going to impact the film industry in a massive way. Theatrical windows for independent or auteur films are increasingly shrinking. So filmmakers all over the world are increasingly looking forward to OTT platforms. Audiences are also becoming more used to home viewing, especially after Covid. I’m happy that two of my earlier films were streamed on Netflix. I wish that my last film Saturday Afternoon could also be streamed there, especially as it’s been banned in my country (the story is based on the real-life terrorist shooting in a well-known Dhaka café)

It seems that almost every film of yours has caused a controversy, including Doob with Irrfan Khan?

Well, unfortunately, most of my films have had their share of problems with either the censor board or the conservative mind. Doob was banned for a while too. That was because the film was inspired by some real-life events. Actually most of my films are inspired by real-life stories. That particular story of Doob shook Bangladeshi society, and I thought that the shake-up would offer our society a great opportunity to introspect and evolve.

Why did you cast Irrfan Khan in the film?

Because of his eyes, as those had the rare capacity of expressing sadness and indifference at the same time.

Did he accept the role easily?

Well, I sent him the script, and I also sent him links of some of my earlier films. He watched them without sub-titles, and said he enjoyed them, especially the way I dealt with my characters.

To be honest, when I cast him, there was anxiety in my unit because we had not handled artists of his stature. For the kind of films, I make, it is fundamental for the artists and crew to feel as one family. That’s why we were nervous about Irrfan. But when we started filming with him, I must admit that we never ever felt we were dealing with a global star. He never imposed himself, and his presence was never felt in the unit. He was silently blooming, like a wild flower on the street side.

Your films are noted for the outstanding performances of your cast. How do you manage that?

I always have an intense relationship with my actors. I explain the character as deeply and clearly as possible. And they participate in the process of interpretation by throwing a barrage of questions. The more I receive questions from actors, the clearer the nuances of the character become. Irrfan had hundreds of questions, which made me very happy about his involvement as an actor. Thinking actors are always questioning actors.

Is it true that Irrfan Khan did not want his voice to be dubbed, and spoke his own dialogues in the film?

Yes. He’s a thorough professional, and learnt Bengali in 3 months! He confessed that it was not an easy language to learn, but he never gave up.

Tell us about your next film.

I’m doing an English-language film No Land’s Man which is an international production. The film deals with ‘identity madness’ that’s going on in full scale across the globe. The subject allows me to step into new areas. I literally had to cover new grounds, since the film is set in the US, Australia, India, Pakistan.

How did you manage to shoot in so many countries during Covid?

We were lucky that we completed the physical shoots by January 2020. But the post-production has got delayed because of Covid.

Do you have a great cast again?

Well, Nawazuddin Siddiqui plays the male lead, and the female lead is played by Australian actress Megan Taylor Mitchell. They’ve both given a highly engaging performance, which I’m sure will have a strong impact on the audience. AR Rahman created the music, which has lifted the film to another level. I believe the subject, treatment, emotions of the film, will reach out to wider audiences around the world.