Once a part of Italy, Piran is a Slovenian gem that boasts of pristine coastline, gorgeous hiking trails and ornate baroque architecture. 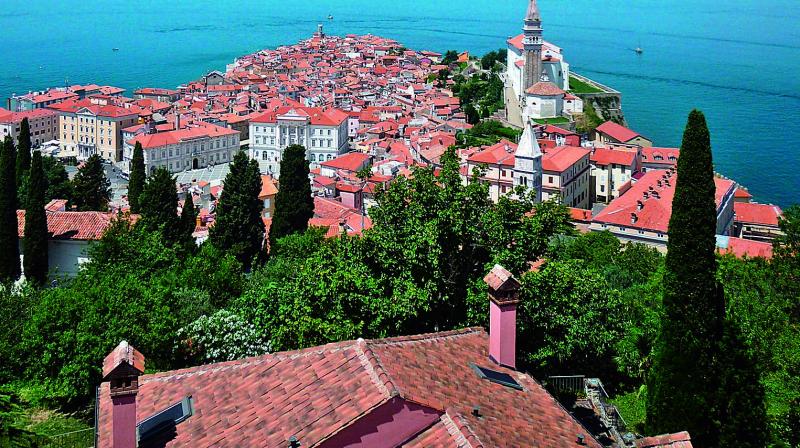 View of Piran from the Town Walls

Our car slows down as it inches towards the final leg of its journey through a landscape of pine forests and distant jagged hills. As we make our way amidst tree-lined roads towards Piran, the boundless blue of the Adriatic, encapsulating a sliver of coastline spreads ahead of us. Since the town is a pedestrian zone, we leave the car in one of the allotted parking lots and make our way through the maze of cobbled lanes crammed with orange-tiled houses to reach the town’s 19th century Tartini Square.

Nestled in the Gulf of Trieste on the northern edge of the Istrian peninsula in Slovenia, Piran is one of the best-preserved medieval coastal towns in Europe. While the town is officially bilingual (Slovenian and Italian), its cuisine is mostly Italian. For 500 years (1283 to 1797), the town was a part of the Republic of Venice. After 1797, it went under Austria, France, and Italy until 1954, when it became part of Yugoslavia and eventually, Slovenia in 1991. Walking past Piran’s buzzing marina and through its cobbled medieval streets, we cannot help but notice the traces of its recent socialist past with  ‘Lenin’ street popping out between Venetian-looking buildings while ‘Partisans’ Street leads to the town’s thick defensive walls. 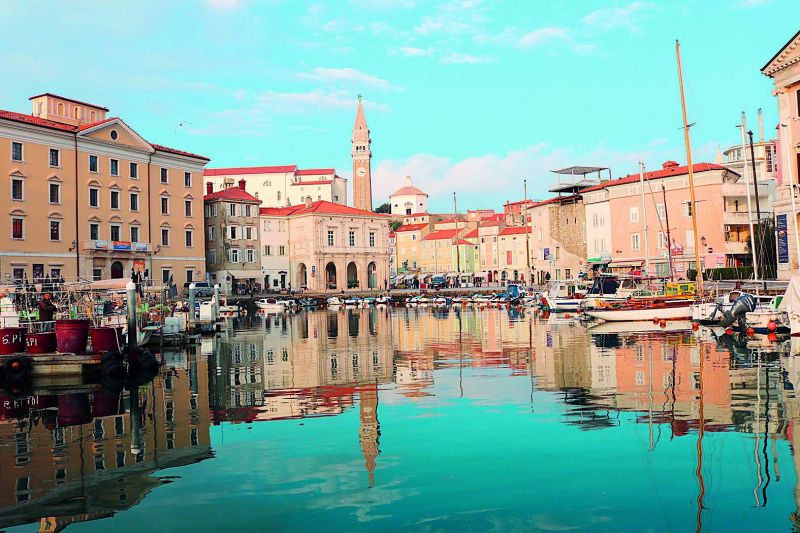 The town square was named after the town’s most famous resident, Giuseppe Tartini, the violinist known for his famed music school in the 17th century. In its initial days, the square was actually a dock for fishing boats, located just outside the city walls. As the city grew, the sewage from the dock eventually prompted the administration to construct a real square over it. But it’s only by the second half of the 19th century, when Tartini’s monument was erected in the centre of the square, that it assumed its present avatar. Lined with lively cafes, pubs and souvenir shops, the square is surrounded by narrow, pastel-coloured buildings, similar to most town squares in Eastern Europe. Here, one can also find Tartini’s house and a 15th-century Gothic building called ‘the Venetian woman’. According to local legends, a wealthy Venetian merchant fell in love with a local beauty and built her the house. But the lovers were often ridiculed so the merchant had an edifice carved with the inscription “lassa pur dir” (“Let them talk”). The carved edifice has stood the ravages of time and is still visible. 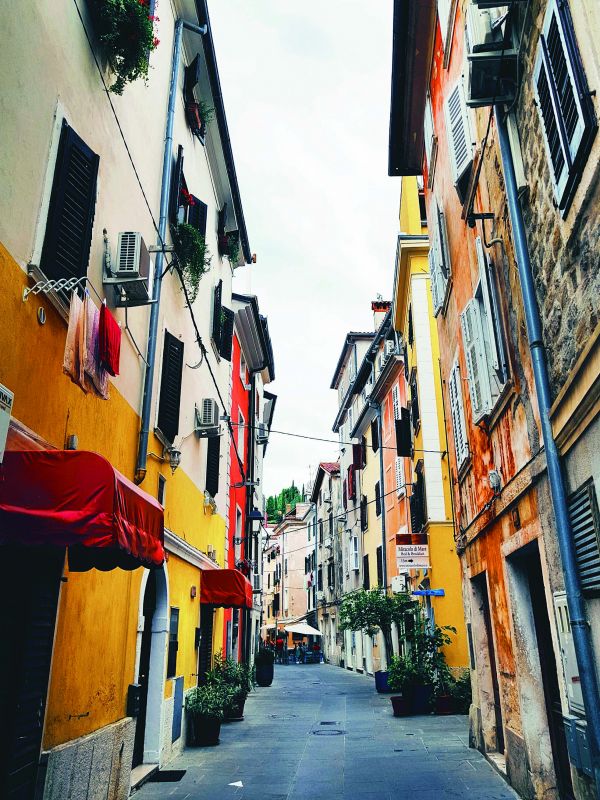 One of the narrow alleys

A short walk from the Tartini Square is the town’s coastline. We follow the path and head towards the tip of the peninsula to Piran Lighthouse. While the lighthouse itself is quite under whelming and plain to look at, the Church of Our Lady of Health is impressive. It was initially dedicated to St. Clement – the patron saint of sailors but got its current name in the 17th century after the town was hit by a plague. Its present-day appearance is a result of numerous renovations and extensive restoration in the 18th century.  But most than the history, what draw the tourists and locals to this place are its spectacular sunsets.

After a quick shot of espresso at one of the nearby cafes, we head towards the medieval part of the town for a bird’s eye view of Piran and the Adriatic Sea. The old town is a maze of narrow lanes that leads up to St George’s Cathedral and its adjoining 46.5-metre high bell tower. Perched on a hill and named after Piran’s patron saint, the construction of the church probably began in the 12th century and, over the centuries, was renovated multiple times. The museum inside showcases 14th-century artefacts and murals, along with statues of St. George. The nearby 146-stair bell tower, modelled on the St Mark’s Campanile in Venice provides a spectacular view of the town below, and of the nearby Portoroz on one side and Trieste in Italy on the other side. The beach town of Portoroz lies east of the town and can be reached in 30 minutes by foot and a scenic coastal path runs between the two towns. In the recent years, the town has come to be known for its spa treatments, thanks to the abundance of rich mud and salt found in the area. 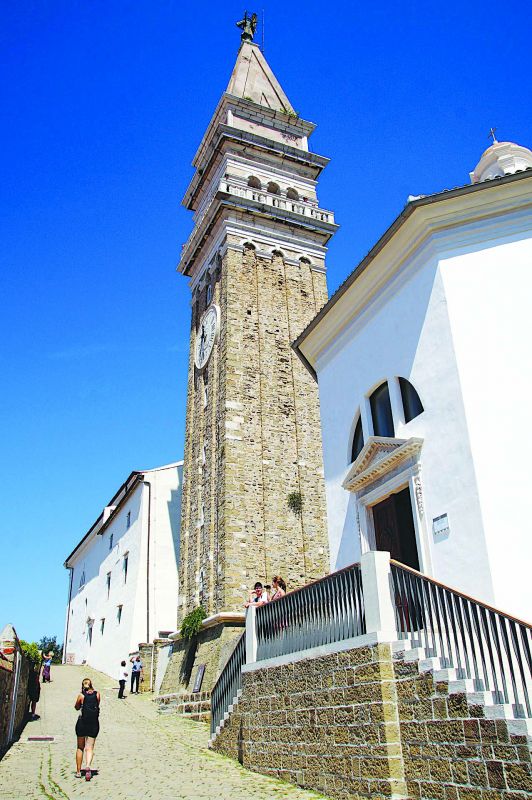 The climb can be trying and works up an appetite, so we return to the main square to settle down in one of the many cafes dotting the street. Many of Piran’s restaurants are located along the square with open-air seating and great views. The food is broadly similar— a mix of meat and fish grill. We find a quaint restaurant with outdoor seating and order the most popular dish— A plate of mixed seafood grill. After lunch, we head to the narrow alleys again towards the town walls. Originally built around the 7th century, the gates were refortified again in the 15th against the threat of a Turkish invasion. As we trudge our way to the wall, the picture-perfect view of the town and sea make up for the steep climb.  For an unobstructed view of the orange rooftops with the blue sea at the backdrop, we head to the far end of the walls by the exit. The sun is already on the horizon as we climb the last tower.  As we weave our way back to the centre through a succession of alleys, across the sea, Trieste twinkles in the darkness.