Young with a cause

As unlikely as it sounds, it happens to be true in the case of Simar Malhotra. 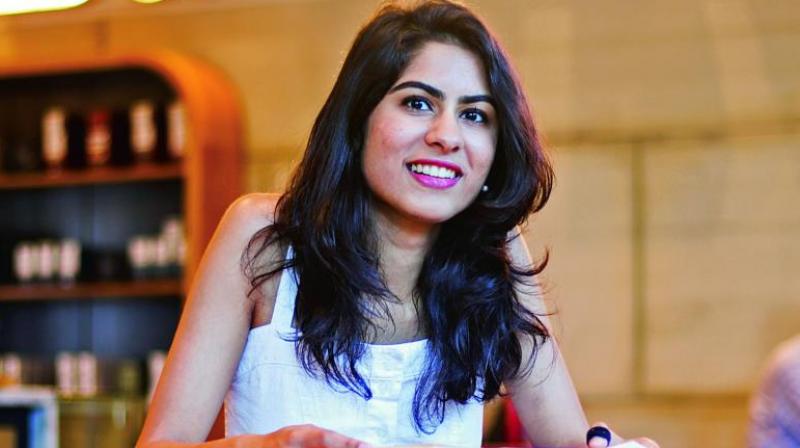 Imagine this: you are all of two little ducklings (22 years old), and you are already an accomplished author-entrepreneur and the recipient of many awards. As unlikely as it sounds, it happens to be true in the case of Simar Malhotra.

She was only 16 when she started writing her first book — There is a tide. “I was more of a reader and less of a writer then. Writing came to me accidentally. Nationalistic pride also inspired me to write the book,” shares Simar.

She was inspired by the Anna-Hazare-led 2011 Indian Anti-Corruption Movement when she wrote the book, as it was going on in Delhi at that time. “The story is about a young girl who goes to the US for a summer course, but she has to come back because she finds her brother in trouble, caught up in a political nexus. So it’s her journey trying to get out of that situation,” Simar explains.

The author-entrepreneur was born and raised in Delhi. She wanted to pursue English and public policy and, for that, she went to study at Stanford University in the US. However, her interest in culture, literature, social impact, and social justice kept on mounting. She realised that, as someone who understood her privilege, she had a responsibility to give back to her country.

The 22-year-old is also a social entrepreneur, the winner of the Bocock/Guerard Fiction Prize at Stanford University, and the ‘Excellence in Authorship’ award presented by the Indian Council of UN Relations. Simar was a speaker in the Young Author’s Session at the Jaipur Literature Festival last year. On the topic of her favourite author, Jhumpa Lahiri, Simar shares, “She is a goddess. Every sentence she writes is perfect. Interpreter of Maladies is my favourite book. Whenever I feel stuck in my own writing, I go back to her writing.”

The young novelist often takes inspiration from real life and the happenings around her, while merging them with her own experience. Talking about her second book, she shares, “I wanted to write about Islamophobia. In my conversation with a lot of people, friends or family, I found an underlying prejudice. It really surprised me because the people I was talking to were well educated, mostly studied abroad and came back, and yet thought like that.”  “So I wanted to write a book about a Muslim person whose identity is not about him being Muslim. I wanted him to be more than his religion, which became the seed of my second book — Tides Don’t Cross. It follows the life of three characters — Riya, Mrinalini and Ayan — and how those intersect,” she further adds. On her choice of subject matter for novels, she comments, “I think for me, there is an issue that I try to build my story around, and I don’t try to solve the problem through my story. But I want people to feel something when they read it. So, again, a lot of themes of my stories are around India. Like rising up and actually taking action instead of sitting back, critiquing the things that are happening.”

Simar is the founder of the InkPot, a gathering of individuals and experts to re-ink, rebrand and reassert the value of Indian art and literature at a time when Western fixation is on a rise. She started the project because, “Sometimes, you start valuing things more when you are away, and it lets you think more holistically than when you in the middle of it. So, I think that’s what happened for me when I was in the US and not at home,” she shares.

“When you are away, you realise what your country holds in terms of culture, art and heritage. But, I felt a lot of people in India have a very Western view of art,” she explains.

“Its been 70 years since Independence. We used to be ‘Sone ki Chidiya’ and somewhere in the middle we lost that, and I think it is time for us to bring that back. And it can only happen by developing, appreciating and acknowledging the beauty that there is in India,” she further adds.

Simar explains that a nationalist atmosphere is storming people everywhere globally, and this should be taken as opportunity to develop homegrown talent. She then adds, “With time we will lose all of our artforms, stories and culture. And this thought really scares me.”

“Our idea for this project is to get people to start actually looking inside, acknowledging, appreciating the amazing things that our country has to offer and I feel like that kind of nationalism is what we all need,” Simar says, on a concluding note.