This historic city has more world heritage sites than any other city in the Americas. 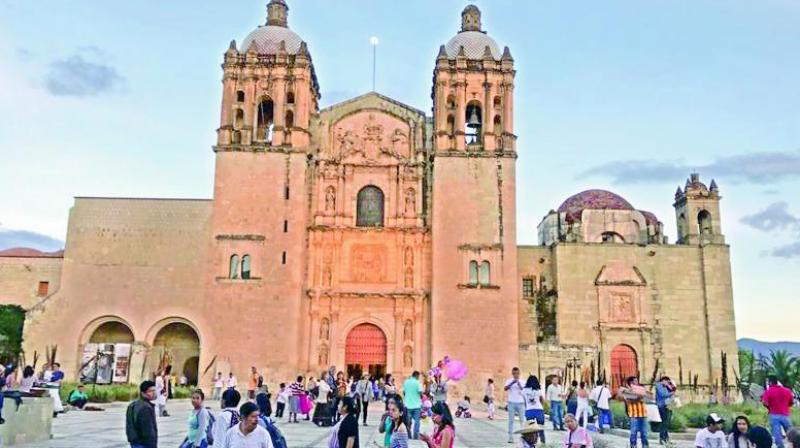 The sky was dark with grim clouds, and rain was pelting down in furious earnest when we landed in Mexico. But nothing could dim the beauty and sparkle of the bustling city. At first sight, Mexico City is a chic, sleek, polished urbanscape of malls, high-rise buildings, traffic stretching as far as your eyes can see, streets filled with women in high heels and men in natty jackets. I had flown halfway across the world to attend the wedding of two college friends, that were to take place in two different towns of Mexico namely Oxaca and Lapaz. But before that we wanted to explore the city to its fullest and had scheduled some days just for that. 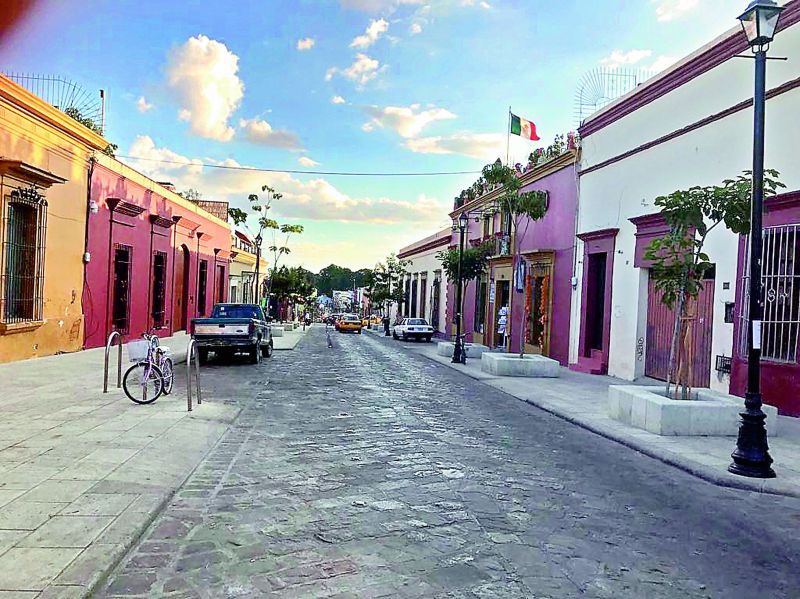 The best way to see a city is with someone who lives there, and I was lucky to have friends living in various parts of Mexico who helped me see and experience the best of everything that Mexico has to offer. One of the first museums I visited was Museo Jumex, which has a very modern and avant-garde outer façade. It houses one of the largest private collections of contemporary art in Latin America, including works by Andy Warhol, Martin Kippenberger, Cy Twombly, and Damien Hirst. And the building itself looks like a piece of modern art.

Next we visited the floating garden of Xochimilco, which is a world heritage site located in south of Mexico City, comprising of a lake and an extensive canal system which back in the day connected most of the settlements in the valley. We took the beautifully painted gondola which the locals call a trajinera to explore the waterways and the artificial islands aka chinampas.  Then we visited the most talked about and visited place in Mexico City — Plaza de la Constitución, El Zócalo which is the main public square of the city. It has a giant Mexican flag in the centre with hispanic architecture all around the square that is almost always bustling with tourists, government officials, and dotted with restaurants and boutique hotels. 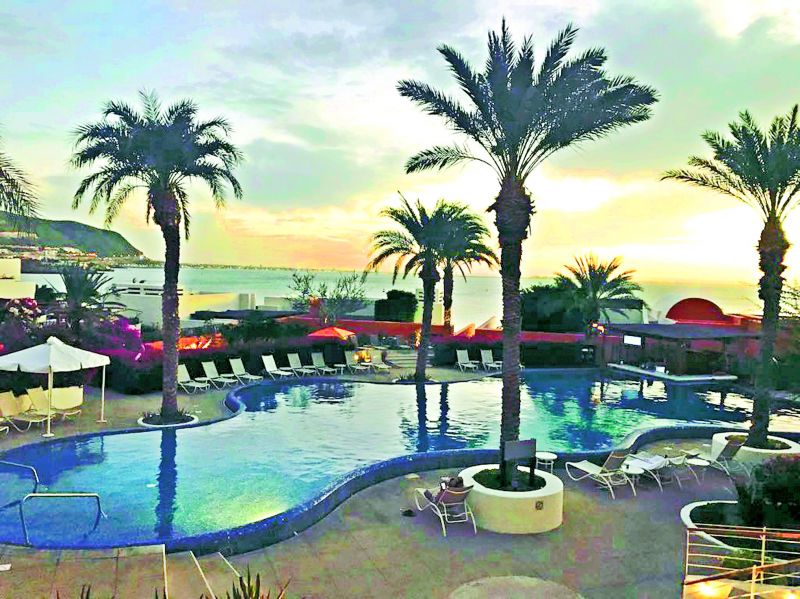 This historic city has more world heritage sites than any other city in the Americas. It’s a thickly populated city with over 21 million people. It was the capital of the Aztec empire and went on to become the capital of the Spanish empire when they had colonised Mexico and now it is the capital of Mexico. The architecture around the city is very colonial which the Spanish conqueror Hernán Cortés introduced to the city and the culture is a mix of indigenous and Spanish traditions, finger-licking food, live music with mariachis, and Catholic religion.  We wrapped up the day with a lovely evening was my two old friends, enjoying great conversation and dinner in a classy restaurant with a fabulous view of the shimmering night skyline of the city.  The next day we were off to Oaxaca, on a one-hour flight. Oaxaca is starkly different from Mexico City and the moment my flight landed I knew I was going to love the place. The beautiful Oaxacan sky still has a piece of my heart. 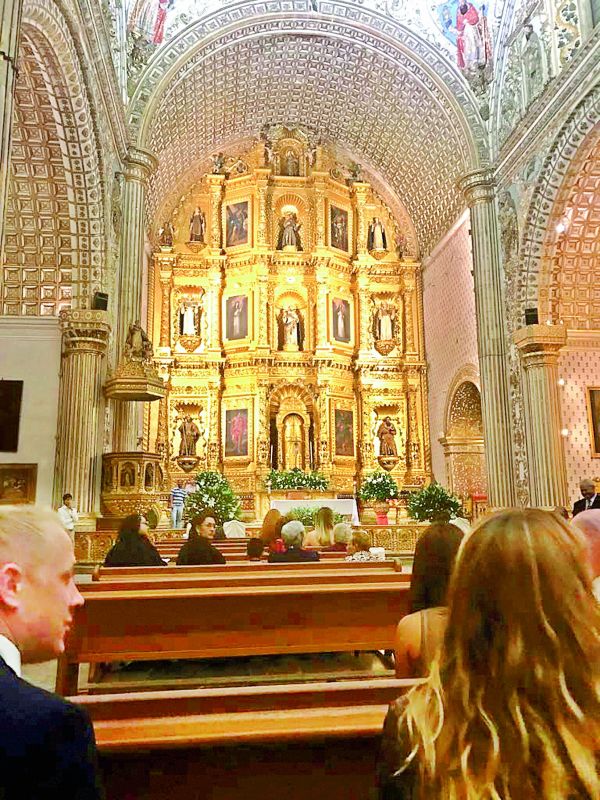 A small town with a population of less than 2 lakh, Oxaca has a charming, magical vibe all its own which cannot be expressed in words. Although a small town, it has a very distinct culture. It reminded me of all the small joys that we forget in the course of going about our busy lives in the metropolitan cities.  Soon the wedding day was upon us. It was a Catholic church wedding. The bride wore white, and walked down the aisle with her father. The ceremony was beautiful and elegant. They took their vows. And then what followed that something so Indian that it made us feel we were back home — a Mexican baraat which they called a parade. The bride and groom walked hand in hand with the sky lit up with firecrackers and a long trail of dancers and drummers and musicians and a big band playing foot-tapping music and the entire clan and all the friends walked the streets of Oaxaca dancing and celebrating the union. 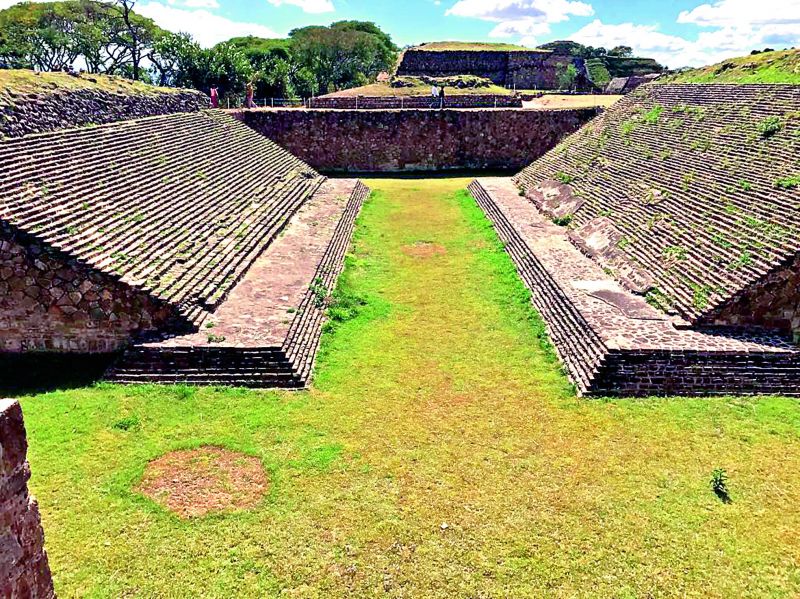 The next two days were all about taking in everything that Oaxaca had to offer. We visited El Arbol del Tule which is approximately 9 km from Oaxaca, and has the stoutest trunk of any tree in the world and is also listed in the world heritage sites list. It would easily take 20 people to hold hands and circle the tree!  Then we visited the famous historic archeological site of Monte Alban, which is the pyramid complex in the valley of Mexico and is also a world heritage site. it is a short road trip from Oaxaca and offers a fascinating glimpse of how our ancestors lived in the 6th century BC. Just as in India we had the Indus Valley civilisation, in Mexico they had the Olmecs, the Zapotec and the Mixtec civilisations. I was amazed at the pyramid structures, which were built without any machinery in that early era. This ancient civilisation was very advanced for its time as it had a drainage system in place, geology centre within its complex, a medical room for the sick among many more things that parallel what we have in today’s world. I felt very lucky to visit this pre-historic place which is still standing strong after all this time. 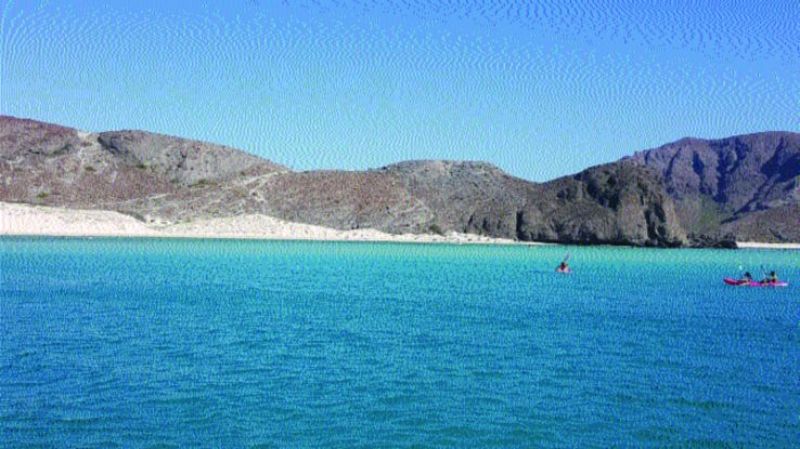 Oaxaca is a cultural feast. People here are very orthodox and mostly Catholic. The architecture is very colourful and colonial, and the buildings primarily painted blue, white, red and yellow. And the feel and ambience is calm and happy.  We left Oaxaca for the other wedding that was taking place in Lapaz. The capital city of Baja, with a small population of 2-3 lakhs, Lapaz has everything a beach lover could desire. A long shoreline spreading far into the horizon. A plethora of shacks and restaurants and beachside cafes offering fresh and delicious seafood. And live Mariachi bands everywhere, from the beaches to the restaurants, giving the city a lively and young feel.

The culture here is completely laidback and relaxed. There are no historic sites in the city. We took a private yacht with our friends and headed out for the sea and few islands in the vicinity. It was a day i will always cherish because we had the whole day at the sea, and could stop over for a dip anytime, explore different islands, and put on our scuba gear and explored the underwater beauty of La Paz. We also encountered plenty of sea lions near the rocky island in our route. By the time the sun was setting we were parking the boat and just looking out at the sea, storing all the amazing memories we had created for ourselves that day.
It was a beachside wedding here, with everyone dressed in colourful beach dresses. The bride danced down the aisle and we partied away the night.  The very next day we flew out of Mexico but I think it will take me a lifetime or maybe another trip to Mexico to pull myself out of the Mexi-coma.

The writer is a travel junkie who has visited more than 18 countries, and is all fired up to explore the rest of the destinations in his long bucket-list.