A new brigade of unconventional youngsters is taking up meme-making as a profession, and finding it a creative, fun and lucrative career. 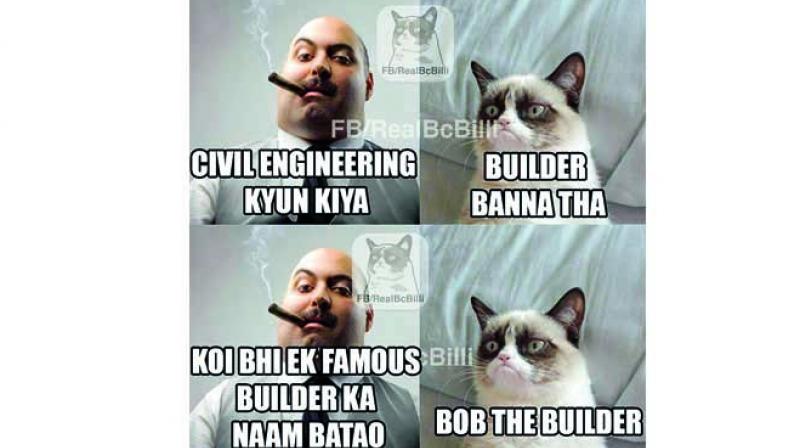 They are young and unconventional, creative and experimental. Love a good laugh, hate the office grind. Think out of the box, walk the road less travelled. Their dream job is being paid to have fun. And for some of them, the search ends with memes. Several youngsters are taking up meme-making as a profession and claim it is a job that requires only a few hours of work and pays equivalent to, and sometimes more than, a regular nine to five job. Their  salaries often go up to Rs 2 to 3 lakh per month. And the perks of the job include popularity, creative satisfaction, instant success, and a certain kind of stardom.

Business with no investment
21-year-old Shivansh Sharma started the page “@bcbilliofficial” on Instagram four years ago. Today, he has a million followers on the page, and is a proud meme-maker.

“Initially, Sumit Rajput (co-admin of the page) and I started the page as a mere time-pass. We were inspired by the popular Grumpy Cat’s expressions and created memes people could relate to and find reflective of their everyday lives. After a few lakh followers, we were surprised by the traffic on the page and started being approached for brand promotions and advertisements,” says Shivansh, who also handles “@dude_im.stoned”, “@imhigh.dude” and “@the.fact.post” on Instagram. 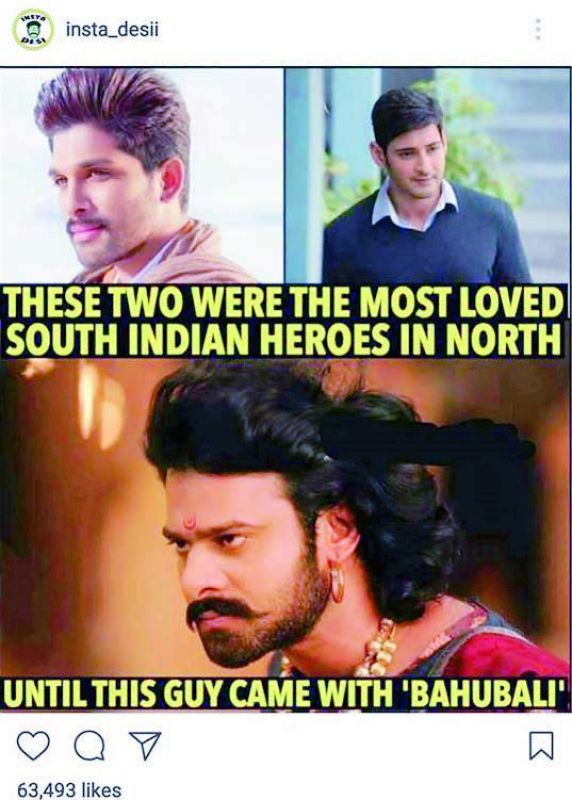 For Agra-based Shivansh, the best part about being a meme-maker is that starting this “business” requires no investment. “One just needs a lot of patience till the page generates its audience. For the first two-and-half years, there was no income from the page. Even after three lakh followers, the money we were able to make wasn't much. But today, I can easily holiday at least thrice a year, and I bought a car for my family recently,” he says.

Well, when Bollywood actor Irrfan Khan can promote his film Hindi Medium through some of the most viral memes on social media, it is not too tough to believe that many in the country are earning a good livelihood through making memes.

Talent trumps qualification
While Shivansh feels lucky to be in a job in which “life is easy” and there's no work stress, 23-year-old Ludhiana-based Ajay Sharma, admin of page “@insta_desii” on Instagram (1.1 million followers), feels that being a meme-maker has helped him earn quick “name and fame”.

Ajay feels this career option offers a very open platform to, and is a level playing field for, those who might have talent but not the educational qualifications that most other professions demand.

“People used to undermine my capabilities because I only had a diploma degree. I wanted to prove all of them wrong with my wit and humour,” says Ajay, who handles four other pages on Instagram: “@Cutest_conversations” (942k followers); “@Chaai_garam” (440k followers); “@Thegymquotesntips” (173k followers) and “@Just_insta_thoughts” (110k followers).

Apart from earning enough to enjoy a lifestyle he had aspired for, being a meme-maker has also helped Ajay become popular and earn a fan following. “It's actually surprising that people know me now. Often someone or the other approaches me and asks, 'Are you the instadesi guy?' It is so gratifying to know that people appreciate my hard work. Also, my parents, who were earlier very skeptical about what I was doing, now feel proud of me,” he says. 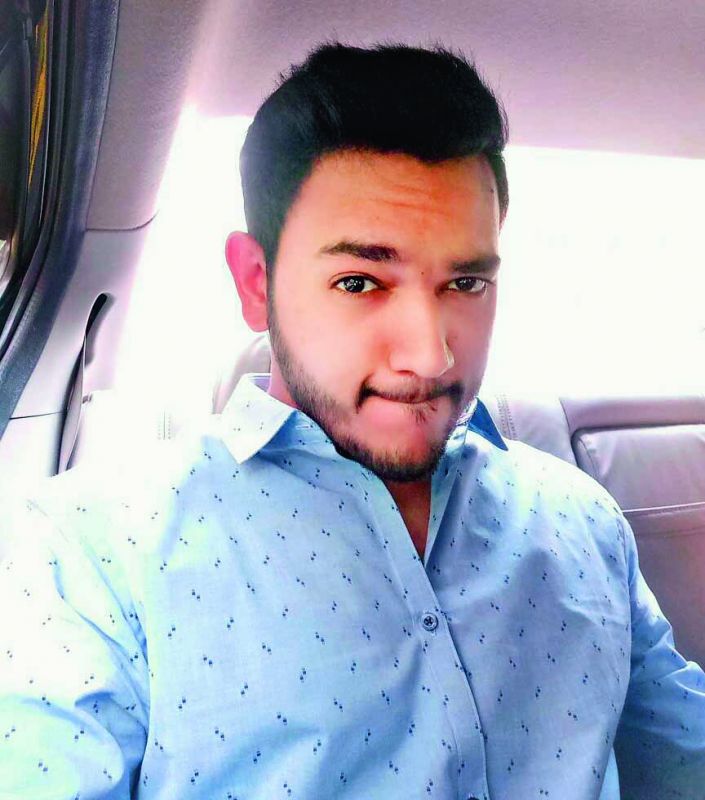 Mumbai-based Manthan Doshi, 23, is the admin of pages “@daily_over_dose” and “after.effects”. A college dropout, he is now a professional meme-maker and feels good communication skills are necessary for the profession

Mumbai-based Manthan Doshi, 23, is the admin of pages “@daily_over_dose” and “after.effects”. A college dropout, Manthan earns his livelihood through meme-making, but he feels good communication skills are necessary for the profession. “My lack of communication skills has hampered my growth as a meme-maker. At times when I am negotiating with clients for payment, I feel I could have got a better deal for my sense of humour if only I had better communication skills. I need to work on it.”

Keeping pace with trends 24x7
Fun might be the core of the work, but the job is not quite a lark. Being a meme-maker needs one to post trending memes timely. Every day, new meme trends become an overnight rage on the internet - like Irrfan Khan's memes and the popular “Aunty Gormint” memes - and meme-makers need to keep pace with the ever changing trends. 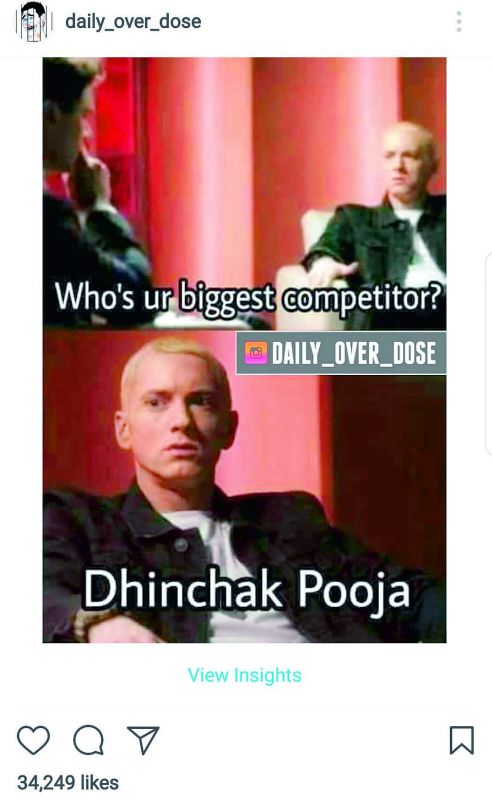 “It is very challenging to cope with meme trends that sometimes change every 24 hours. There are new meme concepts and new templates emerging every day. For instance, Irrfan Khan and Dhinchak Pooja memes are the current rage. So making memes with these changing trends is one of the most challenging aspects of the job. A meme with a four or five day old template has very less chances of going viral,” says Ahmedabad-based Harsh Bhadresa, who is the admin of “@just.indian.things” (1 million followers).

He adds that the job requires a fair bit of research work on a daily basis.  “It doesn't make much sense to post memes on a trend which is already viral. Creating trends which can attract people's attention is what is going to help a page or a brand go viral,” says 22-year-old Harsh. 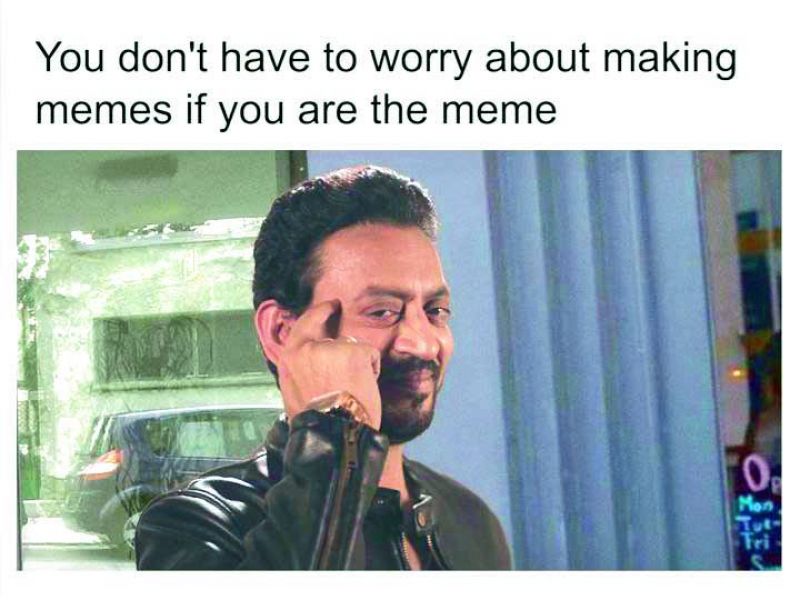 Memes today - apart from being “trending” on social media - are also used actively for digital marketing by companies and organisations. Advertising through creative and engaging content helps brands in effective promotions and have a wider reach. Popular instances include Hyundai's recent marketing campaign featuring Mallika Dua, Vipul Goyal and Amit Tandon, Gucci's campaign for its latest collection of watches, and group chat application HipChat which launched a meme-inspired billboard in San Francisco.

“You need to put a lot of effort into every meme for people to just 'like' your post. You need to have an idea about the background of the meme and reasons for its popularity. It's difficult in the beginning but one gets used to it after understanding how they work,” he says.

Backup plan
Being a meme-maker helped Harsh learn the basics of graphic and user interface and user experience (UI/UX) designing, hone his command of English, and also learn how Search Engine Optimisation (SEO) works. But he feels it is only wise to have a professional Plan B ready, given the uncertainties of the meme-making career. 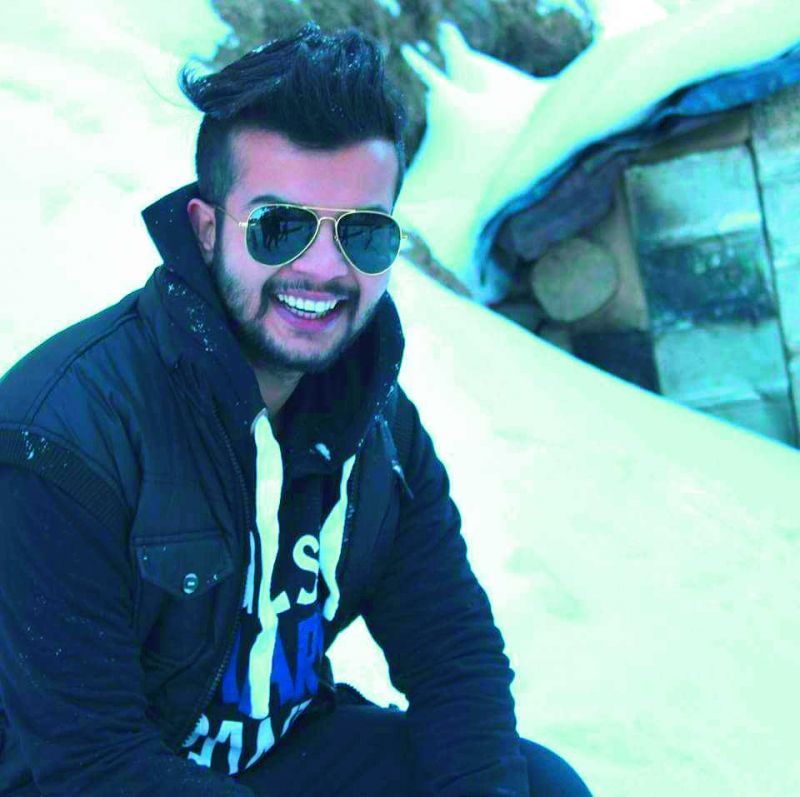 Ludhiana-based Ajay Sharma, 23, admin of page “@insta_desii” on Instagram, enjoys the fan following that his memes have earned him

“Currently, the profession of meme-making has a lot of scope in India because there's very less competition and the money is good. That's why many youngsters are getting into this. But Internet is a risky place and we can't be sure if memes as a trend will continue for long,” he says.

Some of the most popular meme-makers in the world like 'Overly Attached Girlfriend', 'Bad Luck Brian' and 'Scumbag Steve' have a following much bigger than their Indian counterparts and hence, the competition among meme-makers in India is not too stiff yet.

Agrees 19-year-old Raj Rames Jain, admin of pages “@Indian_shit”, “@jeejaji” and “@cricposts”. Currently pursuing his Bachelors in Dental Surgery from Mumbai, Raj feels that even if he is earning good money through his pages, he is going to pursue his studies so that he has a secure future. 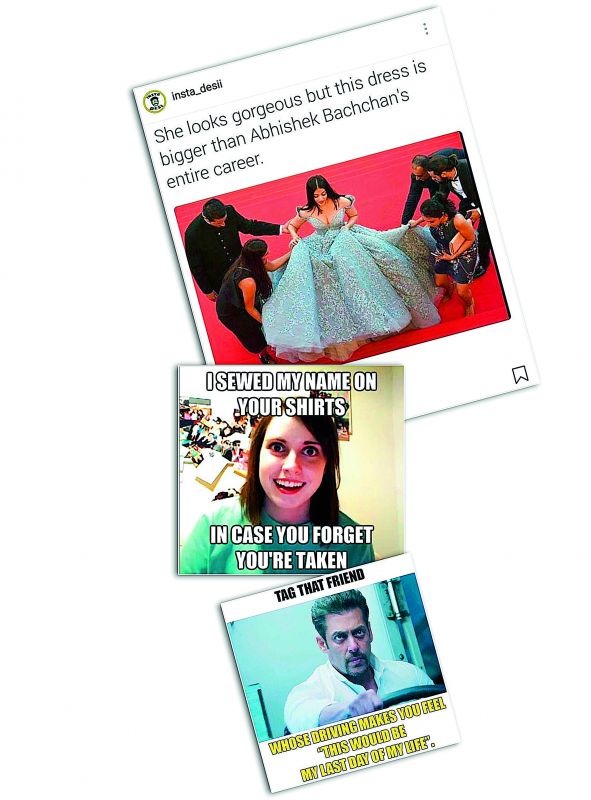 “I devote around three hours every day to posting memes on my page. Now we are also planning to launch a YouTube page by collaborating with viners. We have got together a team of seven people who will help us in expanding our page, so that they can work on the expansion and I can concentrate on my studies as well. But meme-making is something that I'm interested in and have earned success in a short period of time, so I will never leave it,” says Raj.

No social platform lasts forever, reminds Shivansh, adding that relying only on meme-making can be risky. “I am now looking forward to moving to Delhi and starting an e-commerce website to sell my clients' products through it. I want to utilise the audience on my page in a more effective way,” says Shivansh, adding that even if meme-making doesn't last forever, one can use one's audience on other new social platforms and utilise them differently.