Journalist Sunanda Mehta unveils the mystery-shrouded life of Sunanda Pushkar by tracking down her lesser-known story. 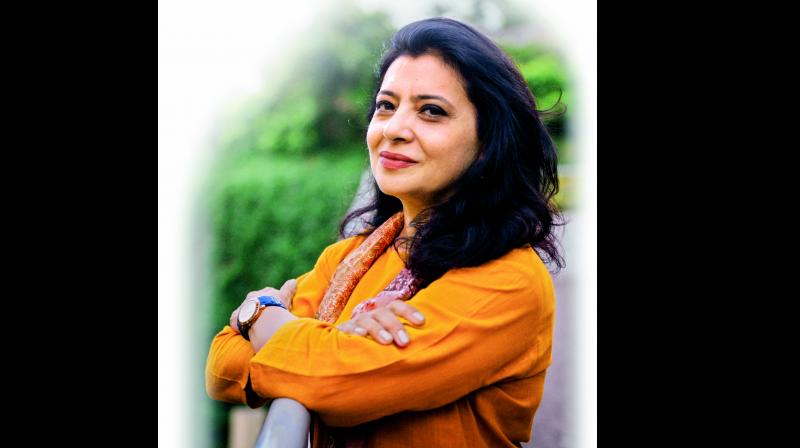 The book begins in Dubai on January 17, 2014 — the worst day in Shiv Pushkar Menon’s life, the day his mother Sunanda Pushkar Tharoor was found dead at a Delhi hotel. The first chapter of The Extraordinary Life and Death of Sunanda Pushkar narrates the heated arguments Shiv had with his mother before the incident, the uneasiness he felt that morning and the events followed. As the narration by journalist-turned-author Sunanda Mehta progresses, one gets a meticulous and honest account of Pushkar’s life — her evolution from a gawky girl to an enterprising woman, her affection towards family, three marriages, the handsome men in her life, her lesser-known Canada life and the controversial mysteries shrouding her.

Mehta, who first met Pushkar as a student in CJM Ambala and later as a teenager in Jhansi, where the Pushkar family briefly resided, throws light on the unseen part of her journey. Mehta says the spark to write a book was ignited two years ago during her conversation with a former college mate. “She told me that the full-page piece I had written on Sunanda Pushkar after her death for a newspaper remained in her memory and suggested that I write a book on her.”

Though Mehta wasn’t sure about the idea, she conveyed it to literary agent Kanishka Gupta, who asked her to pen a brief. “Being a friend was a significant reason why I took up the subject in the first place. It was also because her story fascinated me, just like her death deeply disturbed me. The book seemed an extension of the kind of work I had done as a journalist — interviewing people, gathering information and putting it all together as a credible, unbiased story.”

Mehta and Pushkar became fairly close in Jhansi as their parents were family friends, and met regularly. “I had gone to Srinagar on a holiday and spent considerable time with her. Then we lost touch. I met her again a couple of times by accident and the meetings were always warm. But after 1989, we kind of lost touch completely as both of us got busy,” recalls Mehta, who believes that this was the most difficult and challenging task she has undertaken.

The biggest challenge was to ascertain the truth of Pushkar’s life as there were diverse opinions about her life. “This is where my earlier association with her gave me a perspective and I started from that, sifting through all the versions, analysing it all and extracting only what had been double-checked and had the ring of truth to it.” 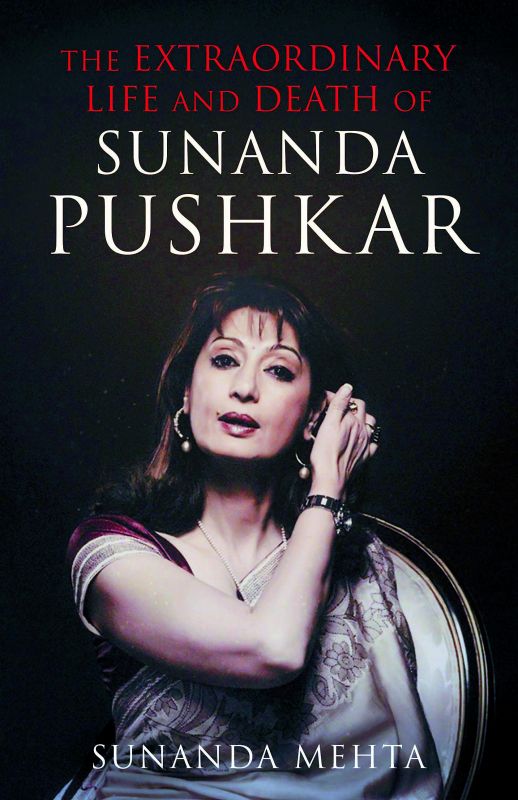 Mehta was extremely cautious about the controversial chapter. It was scrutinised dozen times, facts cross-checked. She created files containing almost all material available on public domain in soft and hard copy. The first few months were spent reading them, making notes and forming a list of people she needed to speak to, dividing them into different areas like family, friends, cops, et al. Pushkar’s family co-operated as they knew her and were keen to see an honest and a positive story of her life put forth before the world given the amount of insensitive and irresponsible allegations hurled at her at different stages in life. “Her brothers and her son remember her as one of the warmest and most generous human beings they knew. I was happy to focus on this part too — the simple and straightforward Sunanda of the earlier years as opposed to the glamourous wife of a politician that had taken over her every other identity in the later part of her life.”

Happier was Shiv to whom Pushkar once told to write a book on her unconventional life. Even Pushkar’s youngest brother Ashish revealed to Mehta that the idea of a book had crossed his mind. “I flew to Dubai to meet Shiv. I met both her brothers in India and talked to them about her early life. I also obtained many old and precious photographs from the family album. I could trace her school friends through social media without much difficulty. That I hailed from the same school was also an advantage. I contacted many, including her teachers, who shared memories.” Pushkar’s politician husband Shashi Tharoor was aware of the book, but refused to be a part of it due to the ongoing case against him.

Mehta wanted at least 65-70 per cent of the book to have first hand information unavailable on public domain. She travelled to Canada as Pushkar’s five years there is blank. “I had just one contact of a friend and a couple of numbers given by Shiv. But every contact led me to another, and I consider the Canada chapters in the book as the most fascinating and interesting one.”

Another interesting chapter is ‘The Only Man I truly Loved’, where Mehta describes Pushkar’s life with her second husband Sujith Menon about whom not much is known. “By stroke of luck and through a friend in the Navy, I could trace Sujith’s sister and get valuable information. I flew to Kochi to meet her for just an hour, and then did another day trip to Thiruvanthapuram to meet the KIMS director to get to the bottom of the Lupus mystery.”

In pursuit of gathering data, she travelled to Chandigarh, Delhi and Goa, and pored over medical reports, postmortem reports and other documents. “Wherever the police was not forthcoming with information, which was almost always, I filed RTI applications.” Mehta credits her streamlining skills to her 25 years in journalism, which trained her to look into both sides of a story, comprehend significant documents and write in an unbiased, sensitive and sensible manner, even as she attributes the book’s tight structure and elegant tone to her book editor Teesta Guha Sarkar’s careful handling of the narrative.

The book has broken her heart many times, especially while writing Shiv’s part after his father Sujith’s demise. “The point when he stops talking due to shock, which later resulted in him acquiring a stammer, was very disturbing. My heart reached out to this child and the trauma he must have gone through at that time but was unable to tell anyone about it.” Another one was during her research when Mehta came across photographs of Pushkar’s body as clicked at hotel, soon after discovering her death. “I couldn’t write for two weeks after that. Those pictures kept haunting me.”

When Mehta embarked on this, many were apprehensive whether Pushkar’s life merited a book. Mehta believes the book has the answer to it. All she now wants is to focus on her debut book's journey, and then take a short break to unwind from what has been a very stressful two year period researching and putting the book together.