Research shows that the Gladiators of the Roman Empire — were predominantly vegetarian. 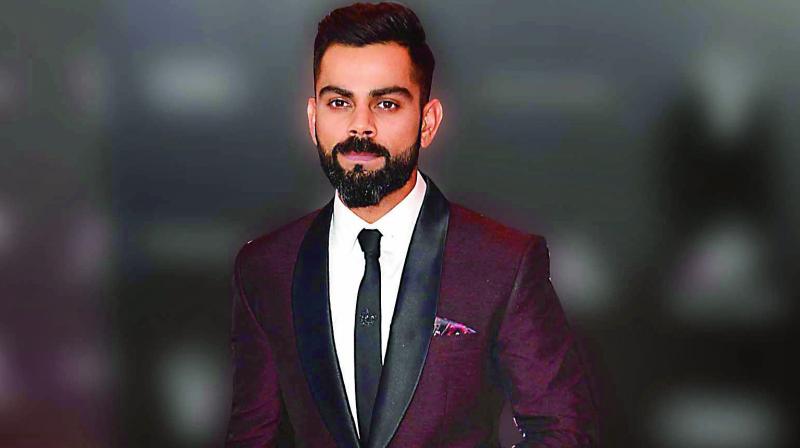 From Virat Kohli to Arnold Schwarzenegger, from Serena Williams to Sunil Chhetri, several elite athletes are going vegan to boost recovery and performance.

When you think of former Mr Universe Arnold Schwarzenegger, cricketer Virat Kolhi or former world No. 1 tennis star Serena Williams, you might imagine them gorging on wrestler’s omelette and juicy steaks, but chew this – these stars have said adios to meat and ‘bon appetite’ to plant food. A new trend is growing in sporting circles and it’s being talked about as the game changer. A slew of top of the line athletes are dropping meat off the menu and picking plant-based meals for peak performance. It is believed to boost them on field even as there are a few who argue against it. Successful superstar sportspersons like cricketer Virat Kohli; tennis players Novak Djokovic, Serena and Venus Williams; Formula One champion Lewis Hamilton; legendary sprinter Carl Lewis are among the many meat-eaters who have turned to a vegetarian diet. Indian football captain Sunil Chhetri, goalkeeper Gurpreet Singh Sandhu and mountaineer Kuntal Joisher are some other sons-of-the-soil who have gone green as well.

Track Record
Most of it is attributed to the well-received documentary The Game Changers, in which retired mixed martial artist James Wilks travels the world on a quest for the truth about meat, protein and strength and deduces that plant-based food scores over meat in several spheres, including the quality of erections among men!

Research shows that the Gladiators of the Roman Empire — were predominantly vegetarian. So is world’s strongest man Patrik Baboumian, who set four world records after he stopped eating meat in 2005. “I got stronger and bigger,” says the man mountain. Then there is former multiple Mr Universe and Mr Olympia winner Arnold Schwarzenegger, who says his cholesterol levels went down after adopting a green diet — protein from plants reduces the risk of heart disease by 55 per cent.

While Kohli had this to say on Twitter: “Being a vegetarian athlete has made me realise what I have believed all these years regarding diet was a myth... I’ve never felt better in my life after I turned vegetarian.”

For someone who thrives driving in the fast lane, Formula One racer Lewis Hamilton likes to go easy on the food. He feels veganism is the “only way to truly save our planet” and has even invested in a plant-based restaurant in London.

Tennis ace Djokovic has always loved the grass courts of Wimbledon. He even plucked some blades off and ate them after winning his third title at the hallowed turf in London. Then, he opened a vegan restaurant named Eqvita in Monte Carlo.

The Gut Feeling
Chhetri is chuffed. “It’s been almost a year since I switched to plant-based diet. I think it’s one of the best decisions,” he says, adding, “Your recovery becomes much faster, your body is lighter.”

But how does one dismiss the myth that it’s meat that provides strength? “Talking about myself I think there has been no lack of stamina or strength… on the contrary I feel more powerful and balanced,” Chhetri says.

His teammate Gurpreet concurs. “Plant-based diet doesn’t deplete your muscles because you still can find protein for building them. It’s really easy to get it (protein) via meat but if you think it through, eventually meat also gets it protein from a plant, so why not eat the plants?” he asks. “It helps in recovery and is good for digestion. I feel very good, fit and light.”

Expert Speak
A.I. Harrsha, strength & conditioning coach at the BCCI’s National Cricket Academy in Bengaluru agrees. “The recovery rates is faster, so also the process of digesting food as the load on the digestive tract is lessened. The entire digestive chain processes is much quicker than what you usually experience with a non-vegetarian diet as such. A major benefit of all-vegetarian protein comes from the players who say they feel very light,” he says.

Team India fielding coach R. Sridhar says that he knows Kohli, Shikhar Dhawan and Ishant Sharma felt lighter after turning vegetarian and are performing better. Surprisingly, half the players on the Indian cricket team are vegetarians/vegans.

“There are enough nutrients to get from the plants and in today’s world you get good vegetarian food that is packed with nutrients. When you eat super greens, your body is fresh and active — all the players I have interacted with feel the same,” Sridhar adds.

Joisher cites an example. “Having been part of mountaineering teams where most of my co-climbers have been meat-eaters, my performance compared to theirs has been significantly better. I attribute it to lightness in the GI (gastrointestinal tract) system. I have not been on a single expedition (out of the 35 in the Himalayas so far) when a meat-eater has not gotten diarrhoea, which typically comes from an animal that has not been cooked well or some sort of an infection that is stored in the animal in some form. This will never happen with plants, period. And not falling sick at an expedition adds dramatically to your success,” says the 39-year-old who has been on a plant-based diet for 17 years.

Balancing Act
He remembers reaching out to a friend in the US who is a plant-based nutritionist, who went through his diet “and said I was nowhere near achieving peak performance because ‘you are not focusing on getting enough protein, carbohydrate or healthy fats, micronutrients, vitamins, minerals, nothing.’ She said I was trying to drive a Mercedes with kerosene as the fuel.” “She then put me on a balanced diet of macros (carbs, healthy fats and proteins) and micro (vitamins A, C, B1, B2, B12 and minerals) nutrients which are required for the healthy functioning of your body. I suddenly started recovering faster, feeling lighter in the stomach. When I started learning more and more about food my performance dramatically increased, on the mountain and off it as well,” says Joisher, who has climbed Mount Everest from both China and Nepal sides.  He has also scaled Mount Lhotse (4th highest) and Mt Manaslu (8th highest) in the world.

Crucial Supplements
However, those on a plant-based diet need to constantly monitor the micro nutrient levels in their bodies, and take supplements. Dr Bakhtiar Choudhary, senior consultant in Sports Medicine and one who has been the team doctor for several international sides, serves a stern warning. “If a non-vegetarian shifts to a vegetarian diet, I am certain that a large number will become severe micro-nutrient deficient. I feel it’s a catastrophe to the body. The first vitamin to take a hit will be B12 and D. If an athlete is switching diet, he needs to depend on proper, supervised supplementation of vitamins followed by frequent check-ups,” he cautions. “A vegetarian will not meet his Creatine or essential Amino acid needs for the day and will have to source it via supplements.

Also, Omega-3 (which comes out of ALA – Alpha Linolenic Acid) will be a challenge. Probably 2,000 to 3,000 mg of fish oil is essential in today's world for every athlete. That will also have to be acquired outside if you are not having enough meat or fish,” Harrsha opines. “You also need to consider whether they are all-vegetarian or lacto-vegetarian. Some are vegetarians alongside just eggs, which is a good combination I feel because then you can manage your protein intake for the day alongside all the greens. On the contrary, it can be lack of complete protein,” he adds.

“Those shifting to a vegetarian diet will have to make sure they get proteins, via lentils, nuts and whey. If you can manage that, nothing like a plant-based diet for your endurance and stamina,” says Sujatha Stephen, Nutritionist at Yashoda Hospitals in Hyderabad. Former table tennis player Lakshminarayanan Sathishwaran runs a fitness centre in Chennai. Five years ago, he turned vegan, “after which my body and mind experienced a lot of changes. Now, I don’t take any supplements, barring B12 and B.

Pound of flesh
“People are getting into vegan diets and are not much into meat products as the whole metabolism is getting disturbed because of too much meat consumption. Non-veg always comes up with large amounts of starch and spice as we Indians do not eat our non-veg steamed, unlike the west,” Sujatha points out. “Even in the West people are keen on getting back to a vegan diet because they are ending up with metabolic disorders, obesity and lifestyle problems,” she adds. Sathishwaran chips in. “Earlier, whenever I played table tennis I used to get cold and fever frequently. The cold used to stay for about three weeks! In the last five years, I must’ve got cold and fever just twice and it subsided in 2-3 days without any medication. It has worked on my mind too. I used to get angry a lot, now the levels have come down drastically,” he says.

Moral Factor
Then there are many who are walking away from meat on principle. “For me it’s a moral factor. It’s less harmful for the climate. It’s my way of contributing to less CO2 emissions,” says Gurpreet. Joisher urges people on similar lines. “I would say if not for ethical reasons like climate change and all, people should at least switch to plant-based diet for their gut health,” he says.

For Sridhar, “It is not bad to be a vegan as a lifestyle option” while Sathishwaran “first stopped eating non-veg then stopped consuming all animal products as well, for ethical reasons.”

Dr Choudhary does not agree. “It is a waste of time thinking whether we are killing animals or not. Killing a plant is also the same. This killing and eating are part of the natural cycle — small insects kill the other insects, birds eat the insects, snakes eat birds and other animals. Today, because of the ecological disturbance one or the other species is disappearing, creating a tremendous imbalance. People should not unnecessarily worry about violence and non-violence,” he says.

Well, in terms of business, The Games Changers is also produced by James Cameron, who happens to be very powerful in Hollywood and has got a $200 million manufacturing unit of pea protein, which vegans eat.

Winds of change
Sridhar goes on to narrate an interesting observation of a chef catering to the needs of the Indian cricket team in Jamaica. “During our recent tour of the West Indies he told me ‘I have been serving Indian teams over the years and seen that the dietary requirement has changed. From the days of regular food to butter chicken and chicken tikka masala, it is surprising to see hardly any non-vegetarian items on the menu, which is mostly brad beans, broccoli tandoori, mushroom, mock meat and nutrients-packed vegetable.” Now, that’s a Game Changer!