Author Pankaj Mishra’s latest work of non-fiction brilliantly analyses current world turmoil through a historical analysis of the past. 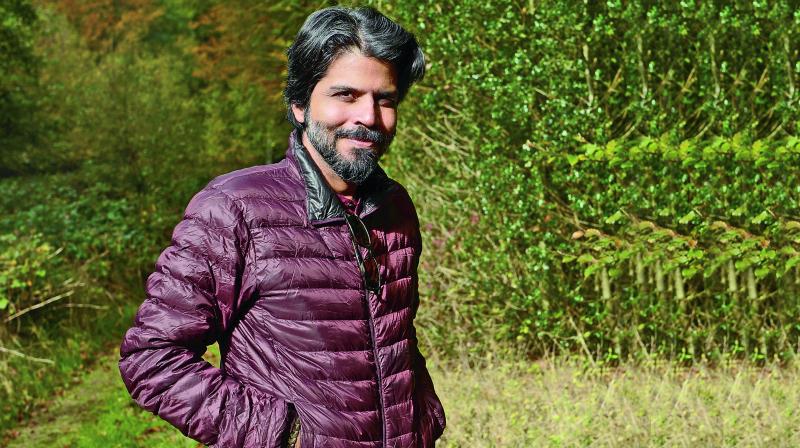 Savage violence has erupted in recent years across a broad swathe of territory: wars in Ukraine and the Middle East, suicide bombings in Belgium, Xinjiang, Nigeria and Turkey, insurgencies from Yemen to Thailand, massacres in Paris, Tunisia, Florida, Dhaka and Nice. Conventional wars between states are dwarfed by those between terrorists and counter-terrorists, insurgents and counter-insurgents; and there are also economic, financial and cyber wars, wars over and through information, wars for the control of the drug trade and migration, and wars among urban militias and mafia groups.

This is not a work of fiction, but a horrific reality that haunts the post modern world. Author Pankaj Mishra brilliantly deconstructs the history behind the rage, angst and anger that ails the 21st century in his book, Age of Anger: A History of the Present.

Where is this destruction going to lead mankind? “Whether it is India, US or Burma, there are demoralising signs everywhere. The third world war is not happening in the future, it maybe happening now. Why are we worrying about the future when there is enough in the present to depress us? There is enough to focus on in the present. Our minds should be at work to figure out what is happening now. Donald Trump has taken over as the president of America, how much more worse can it get,” laments the soft spoken author in a telephonic interview from Burma.

Trump’s victory has only reinforced the growth of right wing politics across the world. Is this an indicator that liberalism as a concept has failed society.

He argues: “Right wing politics is on the rise because people feel abandoned and neglected. Too much is being asked of them to transform their lives radically post their 40s. How do you do that when you have no resources at your disposal? In India too, people are spending huge sums educating themselves, but there are no jobs. There is a general feeling that the richer are growing richer and not everyone is part of this journey. People have to deal with a condescending attitude and feel left out. That is forcing them to make acute political choices.” 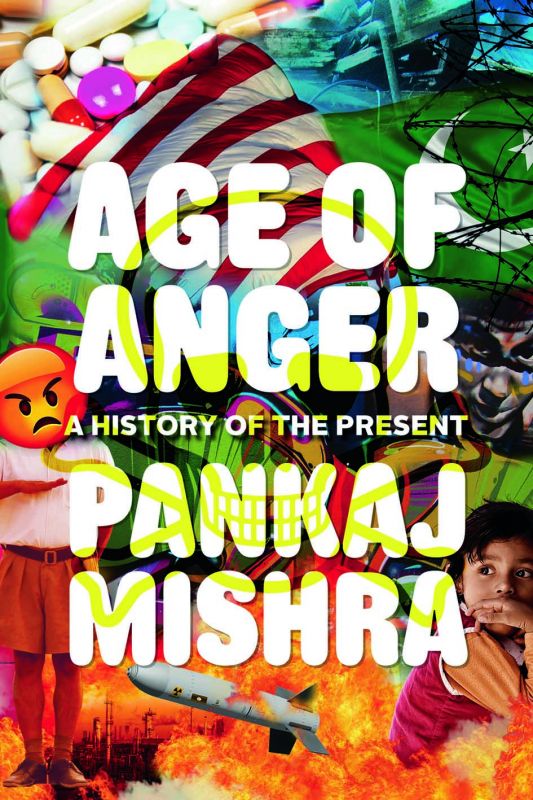 Age of Anger: A History of the Present by Pankaj Mishra Rs 699, pp 432 Juggernaut Publications

Pankaj has taken cognisance of this fact in his book where he says, “But the promised universal civilization — one harmonised by a combination of universal suffrage, broad educational opportunities, steady economic growth, and private initiative and personal advancement — has not materialized.”

Perhaps it is this sense of overwhelming frustration that is manifesting itself through global violence as people want to vent out their anger physically. He agrees, “There are many form of anger today. People joining militant organisations like ISIS. Other use social media to abuse people and yet others seeking a change vote for the likes Trump to come into power.”

He has described Trump’s elections as the biggest political earthquake of our times. The malign minds of ISIS have moved particularly energetically to use this interdependent world to their advantage; the internet in their hands has turned into a devastatingly effective propaganda tool for global jihad. But demagogues of all kinds, from Turkey’s Recep Tayyip Erdogan to India’s Narendra Modi, France’s Marine Le Pen and America’s Donald Trump, have tapped into the simmer-ing reservoirs of cynicism, boredom and discontent…

Tell him that Islamic terror is an unfortunate reality of our times and he instantly interjects, “I’ve always felt that this is the most exaggerated threat. The problem has not so much to do with Islamic terror as much as the grotesque overreaction to that, which is why geopolitically, the United States is in a mess right now. It completely over-reacted to what happened post 9/11. The US choose to scale up that threat and put these terrorists in an exalted position and were delighted to be honoured with the term radical islamists and we are dealing with the consequences right now,” says the author, who highlights a UN prediction in his book. The ‘developing world’ was soon full of men uprooted from rural habitats and condemned to drift in the big city — those eventually likely to focus their rage against

This could find resonance in the various molestation cases across India. “Possibly,” he says adding, “People from small towns have had to abandon their families and social structures, when they move into bigger cities, their lives have been dehumanised. They are suffering from displacement of social structures.”

Interestingly, Pankaj grew up in small towns in central India. “I have lived in UP, MP, Maharashtra, where the towns blended into the country side. I’ve never lived in a big city in India. My experiences have shaped up, how I think of the possibilities of life in India. Millions of people live here and India is a vibrant country.” reveals the author who has already begun working on his next book.

Ask Pankaj how he de-stresses after finishing a book and his response comes as no surprise. “I don’t understand the concept of relaxing, that is why I work,” he quips.

Tags: donald trump, age of anger: a history of the present, pankaj mishra