From its architecture and museums to its scenic beauty and network of canals, Amsterdam makes for a beautiful holiday. 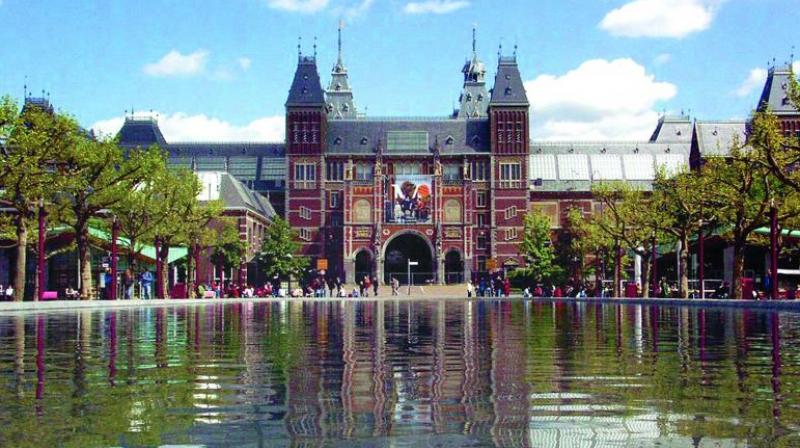 One of the first misconceptions that I would like to have cleared up regarding Amsterdam, after being duly enlightened myself, is that the three X’s on the Amsterdam flag have no correlation with a similar rating scale used in the adult entertainment business. They are the three crosses of St Andrews. With that out of the way, let’s dive into all things orange! Although famed for its sex and drugs image, the Amsterdam Music Festival, one of the largest indoor music festivals, was the item I knew I would be ticking off my bucket list shortly. But I had a day to kill before I officially renounced my existence to the Tiëstos tunes and Armin van Buurens beats for the night. With no specific agenda, I decided to experience the city as a flâneur and see what adventures await. The first stop was the iconic Dam Square. However, there was so much more to do in this location than what I had initially anticipated. To my surprise, there was a mini amusement park replete with food stalls, a Ferris wheel, thrill rides, ring toss et al. 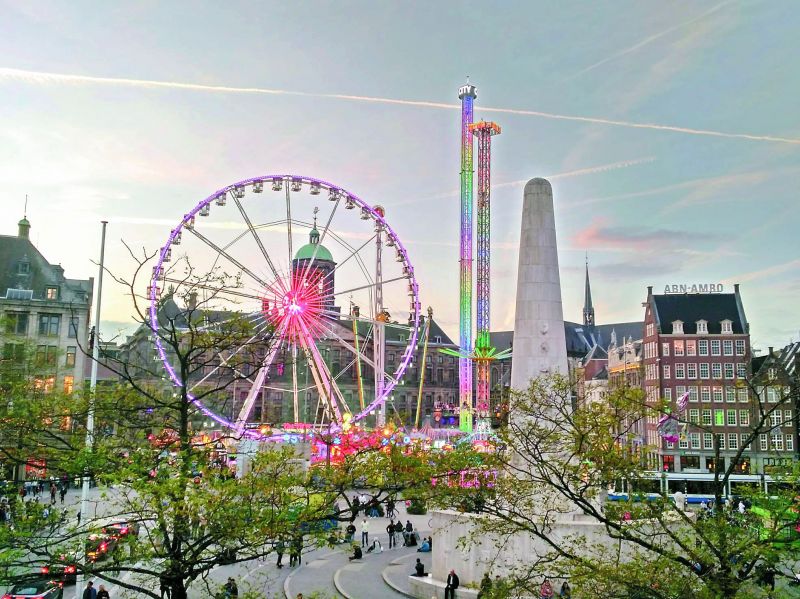 The inner child in me was ready to wreak havoc and do some damage. I still fondly recall the ecstatic moment when I was on a swing as high as some of tallest buildings in one of the most popular destinations in the world. I’m not sure what I was thinking when I tried, for the first and last time, a ride that flings you high in the air repeatedly while strapped inside a metal cage of sorts, at astonishing speed. Perhaps the name ‘5G Katapult’ should have given it away but I conveniently shift the blame onto those droves of people inhaling and spreading those dubious pungent clouds of smoke that Amsterdam is also renowned for. With my energy levels plummeting from all that excitement, it was time to hit the food stalls with a vengeance. 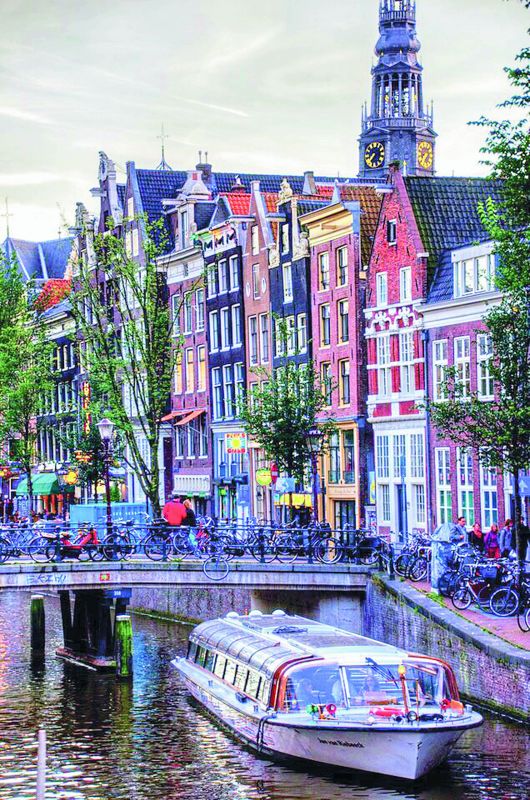 A road in the middle of trees is perfect for an unforgettable bike ride.

The offerings were an absolute delight. From Nutella waffles to the more local Oliebollen and Stroopwaffel, I was well on my way to recovering all the energy I had expended earlier. Having lost complete track of time, I thought I would start making my way to my hotel and end my exploration since it was past 9 pm. But wait! The sun is still up? Experiencing this for the first time, I calmly said to myself that this was a sign from the heavens that my adventure simply must continue!  I decided to rent a bike and just cycle around town. No plans or agenda and see where it takes me. I found cycling next to the canals at a leisurely pace to be very soothing and relaxing. I had been warned by a friend prior to touching down in the country that the Dutch are very direct and that can sometimes be perceived as rude. However, I was experiencing something different. Even while cycling I would regularly see groups of people who had members dressed almost entirely in orange riding their boats through the canals waving and raising their beers to onlookers.

After a while, I found myself close to Amsterdam Central Station and the several ferries operating close by caught my eye. I managed to quickly zip onto one with a few seconds left on the countdown displayed on the platform. I imagine that I was probably the only tourist on this boat as I was rushing to all sides of the boat to appreciate the views in awe much to the annoyance of bystanders buried in their smartphones.  As soon as we docked onto the other side I made my way to the iconic Adam Tower. Remembering all those YouTube videos I had seen in preparation for my trip, I made sure to secure my bike properly and marked the location on my phone lest I forget.  After a thrilling ride on Europe’s highest swing, I noticed it was getting dark and thought this was an opportune moment for a beer and sample some bitterballen that I had heard so much about, before calling it a day.