The difficult part was getting participants for the three-day conference from beauty schools, to travel and commit days. 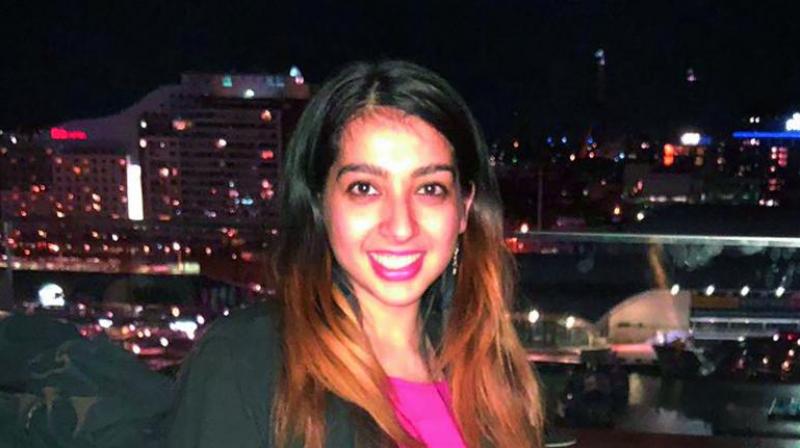 At 22, Indian-Australian Ishaa Sandhu has notched up some inspiring achievements from Sydney. The final year Juris Doctor Student, scholar, and social enabler, remotely orchestrated a financial literacy initiative in Delhi last July (2017). A $10,000 grant, which she won as part of the Davis Project for Peace Prize, funded her project for budding beauticians. She was also named inaugural recipient of the 2016 Westpac Future Leaders Scholarship and one of the top 10 women on Internatio-nal Women’s Day 2018 by The University of Sydney.  “I’ve always had an interest in the Indian market as an economy and global shaper in the world. I did two internships in India, with Ernst & Young from November 2014 to February 2015, and with senior advocate Pratibha M. Singh from November 2016 to January 2017. I got the idea for Beauty and Banking during my second trip,” says Ishaa.

The interest stems from her roots: her parents are Punjabis, settled in Sydney. They were ex-players of the National Indian Basketball Team. “My mother is a consultant and an academic, I have seen her as transformative: always focused on helping those who didn’t have access to education. As founding head of department of sports and physical education in the University of Delhi, she established merit and equity-based scholarships for students. We’ve travelled and lived in India, England, and Australia, and so I am a global citizen in that respect,” she says. “My initial idea came just after demonetisation. I was caught in the thick of it, unable to open a bank account — it took me over four weeks. I was at our local parlour, where the beauticians were losing business as they didn’t have change for customers. That got me thinking, how small businesses, in hidden nooks and crannies of Delhi, function without a method of payment,” says Ishaa. It turned into a reflective exercise, when she thought of her own account opening experience, “I am privileged, educated, with access to people and funds, and so many women don’t. After my return, I found that vocational education for beauty services is big in India. It is a common route for girls with basic education, from lower-middle income families. A sustainable way of living: flexible hours, good for mothers, young girls, and an attractive target market.”

The first challenge was making a case for the funding. “I looked into the conflict demonetisation had created. It appeared like women couldn’t work, or conduct financial transactions. They also lost cash savings. Gender balance is affected in families where male patriarchs don’t allow women to go to the bank, they don’t have financial equality. In some families, it leads to domestic violence, as money constraints cause tensions. So it affects the peace, and natural flow, that’s how the grant was approved,” shares Ishaa. Ishaa did most of the organising from Sydney, with the help from an on-ground team in Delhi. She flew down for the final two weeks of execution. “I had emailed State Bank of India (SBI), they agreed as their women’s chapter, with empowerment projects, was in motion. Their representatives, Chandrabhushan Amola and Shruti Handa, helped me navigate through the entire process. My proficiency in Hindi and Punjabi helped, thanks to my parents, as I could connect easily with people and cross barriers of language, and culture. That process was relatively easier,” she muses.

The difficult part was getting participants for the three-day conference from beauty schools, to travel and commit days. “I wasn’t aware that they worked on a spur-job basis, they would lose money and also didn’t see any value or incentive in learning about finance. Most didn’t even know about the demonetisation policy. So we changed the model to mobile workshops within schools and converted them to three to four hour sessions, which they couldn’t refuse,” narrates Ishaa.  To make it attractive, Ishaa also incorporated beauty. That’s how it became a beauty and banking project, she says, “I spoke to entrepreneur Dr Rajni Duggal, students looked up to her. She joined us and spoke about the importance of financial awareness as a beauty practitioner, we showed that banking was standard in curriculum, not extra, essential to the role.” The team conducted seven workshops in Delhi, with close to 300 participants, it was a success. “I remember one girl transferred a rupee to my account, and I was so touched,” smiles Ishaa. Many men participated as well. “I realised that financial literacy is not as much a gender issue as an industry one. It has always been streamlined into feminine space, not knowing is more of a stigma for a man who is not financially independent,” observes Ishaa.

Their research also showed that around 7 per cent women who had used financial technology before, managed finances anyway. In terms of awareness, 60 per cent had heard of Paytm yet only 10-15 per cent had used it. “That felt shocking, in the age of smart phone and quick information access. Many said they know, when actually they didn’t. They felt embarrassed to ask, perhaps we need to advertise that it is okay to ask, or not know. There is also a broader question around financial services technology, on the importance of the person communicating, and using. I now see Beauty and Banking as an educational project rather than a literacy project. It is not as much about finance or digitisation, but about education and confidence,” says Ishaa. So is another project on the horizon? “After my education, I will be joining management consulting. I am also looking at different industries, trying to find other vocational schools and participants to tap into. I’d like to be diverse geographically, Delhi was my comfort zone. I’d like to explore its relevance in small towns. It is a passion project, and I want it to remain a passion right now.”