The Land of Wanderers

Discover the pristine beauty of Kazakhstan, which is generously endowed with rugged mountains and fresh water lakes. 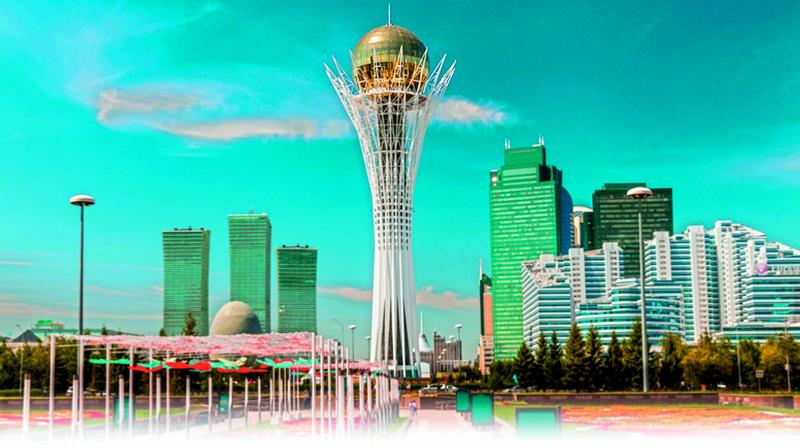 Why would anyone go to Kazakhstan?” asked my friend when I told her about my upcoming trip to the heart of the Silk Route. During my journey to the 9th largest country in the world, I did realise that this truly was a place where you’d never know what you’re going to get — just like Forrest Gump’s box of chocolates.

There were six of us on the trip — a coffee planter, a professional photographer, a hospitality director, a beauty consultant, a multimedia artiste, and me. We arrived in Almaty after a 3-hour flight from Delhi, made eventful by a nine-month-old Ukrainian-Indian kid who was happy to play with us. We were all quite excited, thrilled to be going off the beaten track.

What better way to discover a country than staying at a local hotel? We picked one that is known as the oldest hotel in Almaty, one completely outfitted with an indoor pool and a spa with a hammam. After checking in, we went straight to a well-known wine bar and indulged in a wine tasting of eight  kinds of wines from the country’s famous vineyards.  The Almaty weather is always mild, as the city is hugged by mountains and is well endowed with freshwater lakes and streams. Vineyards thrive here, and have for centuries. The wine — as my fellow traveler claimed at the tasting - ranged from a fresh rosé to a nice heavy, oaky red wine, and a bubbly Prosecco. I’ve never had much of a taste for wine; tequila is my poison.

We had dinner that night at an ancient caravansaray, with lively Kazak and Uzbek dances and enchanting belly dance performances. A caravansaray was a place where the merchants travelling the Silk Route between Europe and Asia stopped for the night to rest, drink wine and make merry. The food at most places was an astounding five-course meal of fresh salads, cheese, cold appetisers, hot meat and potato samsa (similar to our Indian samosas), and delicious horse meat, fish and lamb main courses. The desserts were nothing to write home about, but the ice creams — especially the pista and strawberry flavours — were delicious, perhaps because of their cows and the organic grass they eat. Horses are everywhere in the countryside and are a staple food in Kazakhstan.

The next day we visited the famous Zenkov Cathedral, a Russian Orthodox Church with stunning gold and red detailing, chandeliers, and stained glass, reminiscent of the Soviet Influence in Almaty. Our natural surroundings constantly changed as we drove outside the city, going from rolling green pine trees to mountains, to desert landscapes and even snow-covered peaks, making even the Swiss Alps look like nothing in front of this country’s natural beauty. The country’s largest lake, The Big Almaty Lake flanked by mist-covered mountains, is gorgeous, to say the least. We also headed to the Shymbulak Mountains, just one hour away from Almaty, on a cable car that took us to a height of about 10000 ft above sea level. We even did a short half-hour hike up to a glacier. We ended our day with a hearty meal in a mountain-resort style chalet.

Our wanderlust made us take a short flight to the South of Kazakhstan to visit the ancient city of Taraz. The city boasts of a famous monument of love — the mausoleum Aisha-Bibi, and the oldest caravansaray in the country, which dates back to the beginning of the 13th century. Both were amazing. The Taraz experience ended on a high note with our visit to Aksu-Zhabagly Nature Reserve, one of the oldest nature reserves in Central Asia. According to our forest ranger guide, we were the only Indians who had ever visited it. The journey to the reserve is a typical old-style Soviet one, in hardy vans that climb the mountains and meandering slopes, with a forest ranger driving. It was all worth it, as we had a delectable picnic lunch at the reserve and were treated to the stunning views of the Aksu Canyon. At the bottom of the canyon runs the emerald blue water of the turbulent river Aksu, with apple trees and junipers growing up the slopes and snowy peaks in the background.

The last two days of our trip were in a small town called Saty and were like a stroll through an Enid Blyton novel. We stayed in a quaint homestay run by a local family, with meals cooked by the family themselves. The food was simple - lamb stews, chicken plov, and homemade apricot jams and bread - but were hearty and delicious. Our first sightings of the Kolsay Lake close to the town were ethereal, with the colors of the lake in various shades of blue surrounded by green mountains of fir and pine trees. We took a pre-made wooden trekkers’ path to the end of the lake, were surprised by the riverbanks, and spent the rest of the evening just imbibing the peace of the lake.

We also visited the Kiandy Lake on top of a mountain, which could only be reached by crossing rivers and mountainous paths in a typical old-Soviet van that could traverse any land conditions. This lake has a peculiar feature where live tree trunks stick out of it, making it look quite unusual.

Our last stop was the famed Charyn Canyon, often compared to the Grand Canyon. The sunset at the canyon was something I had never witnessed before in my life. The sun, filling the sky with orange hues of sunset, suddenly disappeared behind the canyon, transforming it into dark blue as we drove back to Almaty for our last night in this country that left us enriched forever.

As our flight took off for India, our journey through Kazakhstan brought back a saying I had heard many years ago - “Without new experiences, something inside us sleeps. The sleeper must awaken.” —  Frank Herbert.

—The writer is the founder of Che Experiences. Check out her blogcheindia.blogspot.in