A voice of the masses 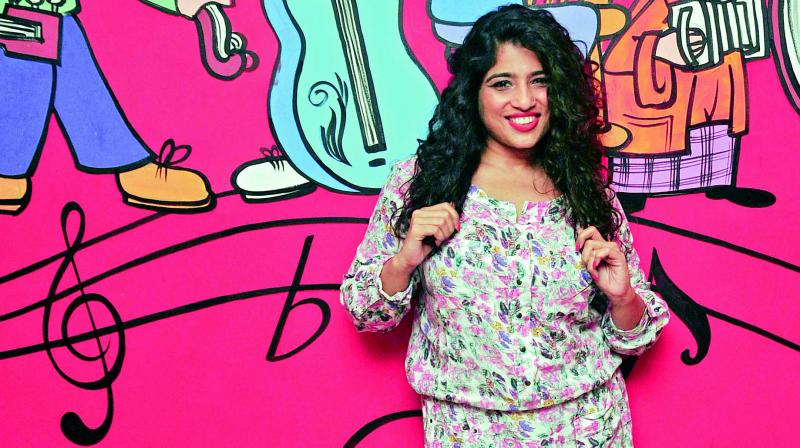 On any regular morning of the week, tuning on to the radio at 93.5 in Mumbai will see you being greeted by the chirpy and effortlessly witty RJ Malishka Mendonsa. With her morning show, the radio jockey has addressed a variety of problems faced by the metropolitan city. From traffic and the rush hour in the local trains, to calamities and noise pollution during Ganpati and Diwali, the radio jockey hasn’t fettered to openly talk about it, obviously, adding a bit of her signature humour.

And recently, Malishka has become not just the face of common man’s woes in Mumbai, but all over India, with her parody track, Sonu.

And so go the words to Malishka’s parody song that very soon became viral and — much to everyone’s surprise — caused some unwanted uproar from the Brihanmumbai Municipal Corporation (BMC). Local politicians in Mumbai held her responsible for defaming the city.

However, the parody song gave birth to many versions of the song — all equally scathing — to highlight the county’s issues. But even as the BMC chose to take strict action against her — and what some would call unfair targeting — Malishka found support in not just radio jockeys from all over the country, but also the common men questioning the governments to focus on civic issues again.

The radio jockey, however, confesses that she did not anticipate the controversy, or has any idea how and why the parody song Sonu got political. “I was not even in the city at the time when the after effects started acting up I really am thankful for everyone, especially the common man, supporting me through this,” she says.

After Malishka’s video went viral and sent everyone on Twitter and other social media websites in a laughing frenzy, a Shiv Sena youth leader urged the BMC to sue the radio jockey for defaming the civic body. The BMC then asked Malishka to pay a fine and even slapped a notice on her for a mosquito-breeding spot found at her home in the city’s suburb, Bandra. Malishka says that the song was primarily meant to be a voice of the people. “This isn’t the first time we have done something to voice out the issues that we collectively face in Mumbai. But when we put it up, the traction that the song received was immense,” she explains.

For Malishka, her association with the channel, and the good work she’s managed to do during the 12 years of her time there, boils down to her love for the medium. “Radio has never been just about music — there is so much more that goes into making a radio show and content is the most important thing. Because both the channel and me, personally, think content is paramount that our association is so strong,” she says animatedly.

As of now, Malishka may be facing backlash from a particular section, but her listeners seem to have her back. “These are the issues that we face on an everyday basis. And that means we are all in this together — that is why I have so many people not just from the city, but also the country, supporting me,” she asserts.

When quizzed if this incident will change anything, or even stop her from raising her voice, Malishka answers in her usual jolly way, “Quite the opposite, actually! It has given me more reason to raise my voice and talk — it is only when you start a conversation that you see change,” she concludes.