A survey by the Telegraph, UK showed that more than 96 per cent of 40-plus women don’t feel middle aged at all. 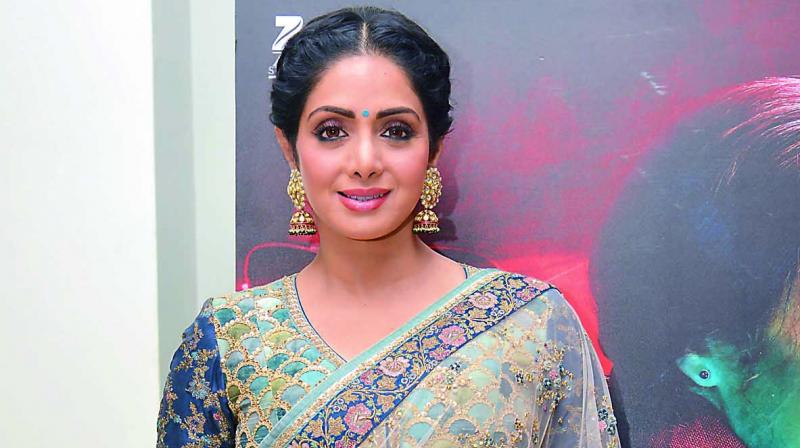 They are supremely confident and straddle many worlds with relative ease. They are ageless beauties who are constantly breaking the boundaries and recreating themselves.

Move over millenials. A new generation of ageless women are now giving their younger halves serious competition. The perennials as they are called are seriously unconcerned about not having age on their side. They are blatantly defying the rigid  norms of what fits the concept of middle age. These are women who have seamlessly entered their 40s or even embraced their fabulous 50s with open arms. Make no mistake, they are not interested in competing with the millenials, rather they are celebrating their wisdom years with unabashed inhibition. Superstar Amitabh Bachchan’s stunning daughter Shweta Bachchan, who is 43, goes shopping with her almost 20-year-old daughter Navya Nanda. In a recent column, she talked about picking up the same Zara top as her daughter, but gracefully let her daughter keep the top. It was not just a mother’s love for her daughter  but a perennial’s confident reaction, who believed that it suited her daughter better.

That’s why we need to applaud US internet entrepreneur Gina Pell, 49, who coined this term. “Perennials are ever-blooming, relevant people of all ages who know what’s happening in the world, stay current with technology and have friends of all ages. We get involved, stay curious, mentor others, and are passionate, compassionate, creative, confident, collaborative, global-minded risk takers,” she explains.

Delhi-based Harathi Reddy Rebello, co-founder Pokerhigh.com, is a mommy of two, wife, businesswoman, explorer, baker, baby ayah, slave and a minimum wage earner, she says laughing at her exhaustive list, roles she fits into with sheer grace and fortitude. 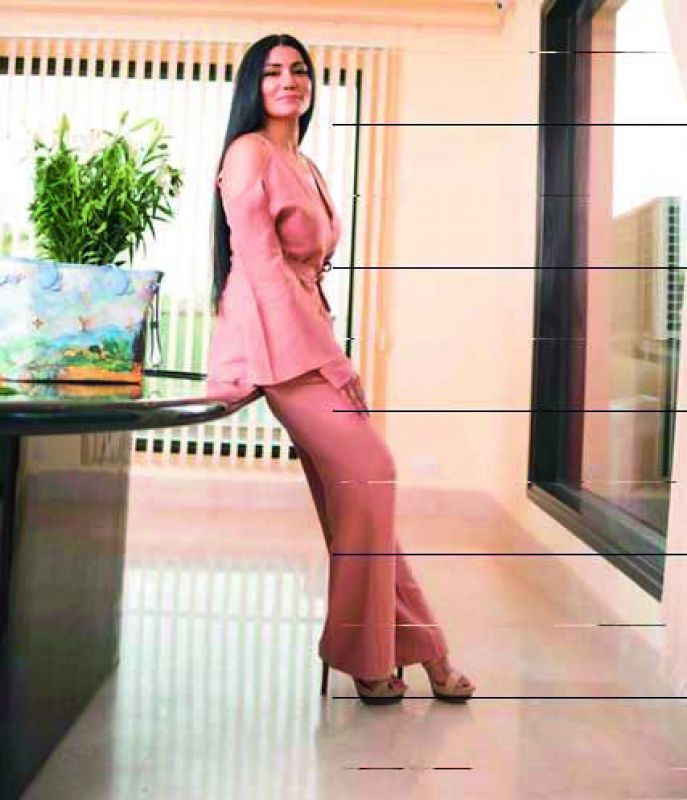 She is that perennial woman who is ageless. The svelte biz whiz and mommy disagrees on the age factor though, “Ageing is not a disease, it’s a way of life, we cannot be ageless. The beauty is we can evolve. Thank god, we are not stagnant. It depends on what you want — do you want to rock that rocking chair? I work, relax, get busy, but I also need to get that advanced step and combat class or that business meeting. The most important thing about being successful is growing as a human being, with an attitude that keeps you renewed and energetic. The term ageless is silly. It’s more about bringing on new challenges and keeping yourself curious. Do the things you have always wanted to do,” says Harathi.

A survey by the Telegraph, UK showed that more than 96 per cent of 40-plus women don’t feel middle aged at all. In fact, it is really hard to identify an older woman as middle-aged these days. Bollywood icon Sridevi has just celebrated her 50th year in cinema. The phenomenal actress who is in her mid 50s, has over 300 films to her credit. Sri is still going strong at the box office with a powerful performance in her latest release Mom, even as her 19-year-old daughter Jahnavi is all set for her Bollywood debut. 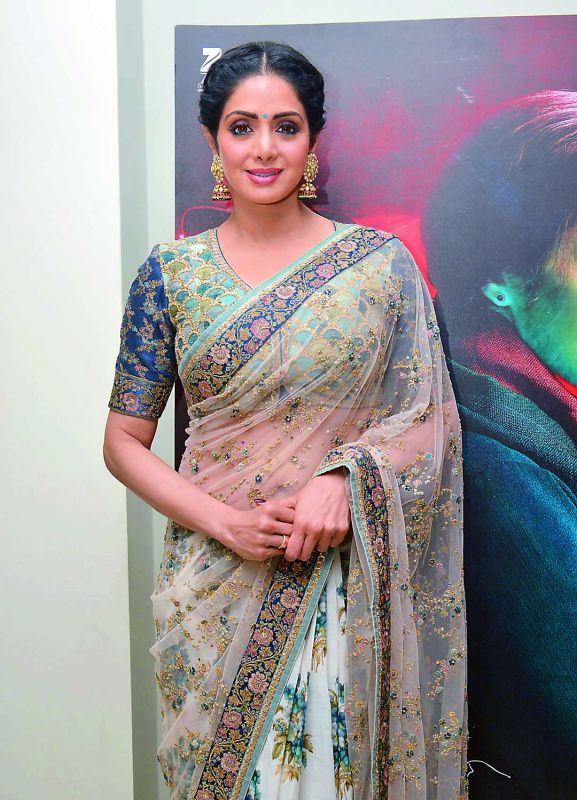 That’s probably why the term comeback often irks most 40-plus actresses. “The idea of retiring at 50 and having an empty nest is totally out of date for most people,” says Richard Cope, a consumer trends analyst at Mintel. “Economic pressures and increasing pension ages mean women are working longer and thus spending time with younger colleagues.”

47-year-old interior designer Gauri Khan is an ideal example of a woman who found her true calling in her 40s. The fashionista, who is Shah Rukh Khan’s wife, is mother to two teenage kids, Aryan and Suhana, and four-year-old Abram. Gauri, who by admission has always had an eye for design, plunged into the world of interiors. Call it serendipity, but it happened one fine day, when her pal Sussanne Khan encouraged her to join her firm. Today, Gauri has become a household name for her artistic skills. And the metamorphosis took place in her 40s. “I must admit that I was always scared to venture out on my own because I have an issue of getting bored of things. My attention span is very short. I like to start and give up half-way. But I think as you grow older you learn. Now I’m sure of my intents. I think everything comes in time and goes in time. So you are never late for anything in life,” she had once confessed. 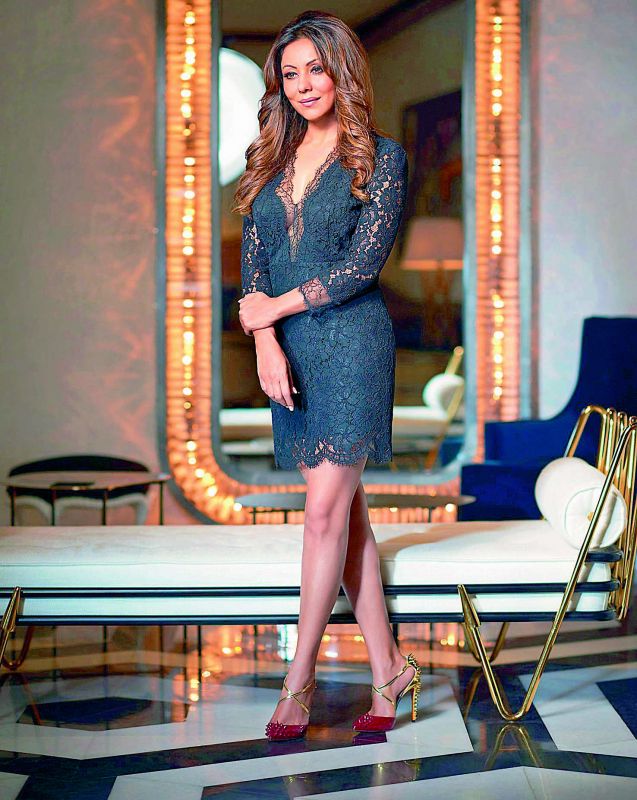 The perennials have overcome traditional stereotypes like letting their hair grey, gaining weight and carrying the weight of the world on their shoulders. They are not about to throw away these wonder years and settle for a game of bridge at their neighbourhood club. They would rather indulge in all night game of poker beating their male counterparts with triumphant flourish.

One person who beautifully embodies this spirit is actress, TV show host and BJP MP from Chandigarh, Kirron Kher. At 62, Kirron has constantly reinvented herself. “We all think of age at some point, but barring that age doesn’t matter. I see the ability to bounce back as a blessing from God, a sense of  positivity that lets you not sit down but do many things instead. I’m just the same as I was as a young girl. I have done theatre, films, gone through unheavals in my emotional life, done a show. It is the joi de vivre deep within me that keeps me going.. I moved to Chandigarh since there was a perception that movie stars get laidback once they win elections. I wanted to change that. I manage two homes in Delhi and Mumbai. I believe in being committed to my job and the concept that the show must go on.” 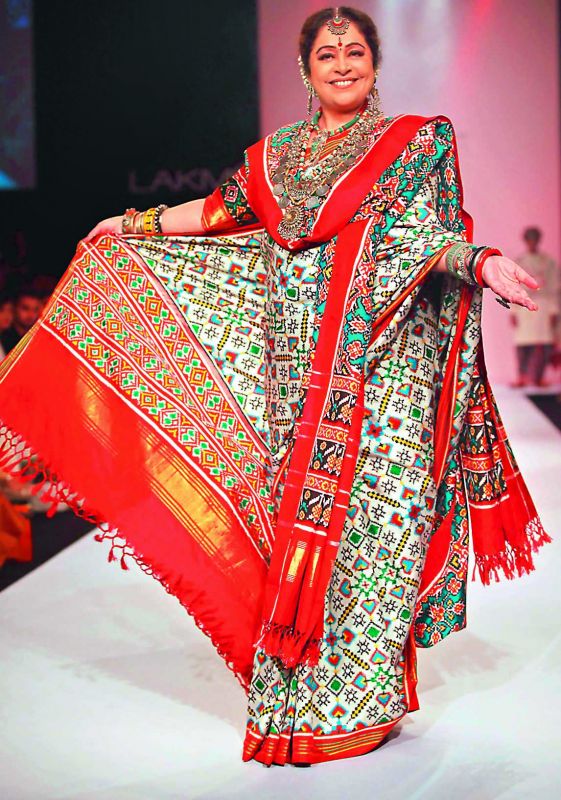 The glamorous Pinky Reddy needs no introduction. This popular 47-year-old hostess hails from an illustrious background. The daughter of industrialist Subbirami Reddy and wife of GVK’s Sanjay Reddy, Pinky is a celebrity in her own right. But not one to bask in reflected glory, Pinky actively promotes local craft through her three brands, The Lotus House, Poprazzi and Local. Adding another feather to her cap, Pinky is all set to take over as FLO president soon. To Pinky, “age has become just a number. In fact, more and more women are feeling younger even as they grow older. Today, women in their 40s feel like they are in their 20s and women in their 60s feel like they are in their 40s. I’m inspired by my husband Sanjay who is preparing for a marathon now at 53. I also believe in staying fit and taking care of myself. My mantra in life is to go with the flow and never plan moments.” 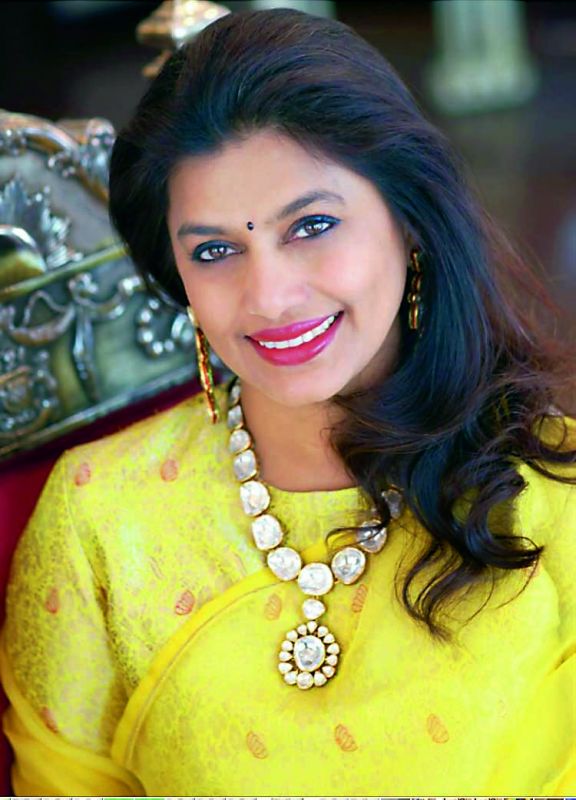 Perennials wholeheartedly embrace change and the challenges it may bring. Pinky recounts the time “when the Mumbai airport was being constructed, I was shuttling between Hyderabad and Mumbai. My kids were studying abroad and I got involved with art and design of T2 airport. I would travel with Rajeev Sethi all over India, collating art. It was an overwhelming experience. That’s when I was inspired to start a gift shop sourcing artefacts from all over India.”

It also reinforces the fact that the female sex is good at multi-tasking. Juggling between home and hearth, Harathi has evolved into that modern day woman who has raised the bar, debunked cliches. “For me, the most challenging time in my life is now. Two children, work, home, family and myself. My mother used to say, you can do everything but not all at once, while everyone else says you need ‘me time’. I used to workout regularly, was fit, with 13 per cent body fat. Today, I have 20 per cent. It is a choice I made. I go out less to see my girlfriends, you learn to take everything that is important and give it priority. Once you deprive yourself of what you enjoy, that is when conflict arises. Never take away something that makes you happy, find time and place, prioritise. While today’s woman is a role model, it is also ok if your house is not perfectly clean, or you are not perfectly groomed or stylish, or not that fit: YOU DON’T HAVE TO BE PERFECT,” says Harathi.

Pinky also endorses the belief that women multitask well and can work on many things simultaneously. “I enjoy my various roles, be it of a wife, daughter, mother, entrepreneur.  Both my children are married but I’m like a friend with my son and daughter-in-law. In fact, I hate the term in-law. Recently we were on a cruise in Croatia and I was playing board games with them. I’m often asked about my positive energy, it comes from not stressing out, taking things as they come, working to my best and waiting for the result with optimism.”