From self-cleansing clothes to home robots, here is some futuristic tech that has been blowing minds. 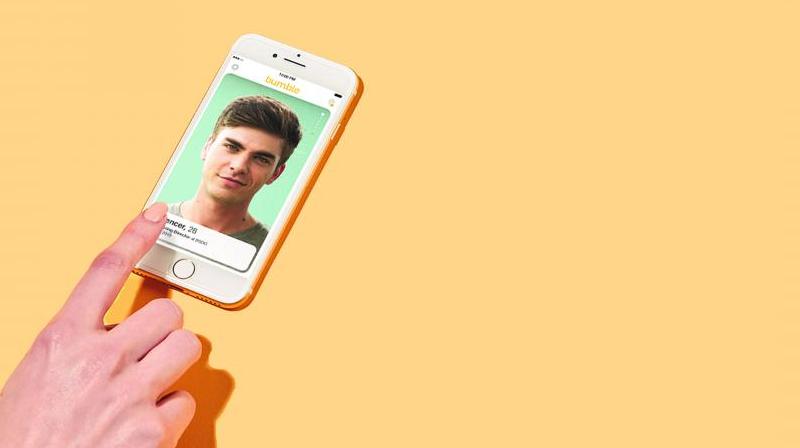 Everyone knows about the revolution Tinder has brought to the dating scene, but there is a new sheriff in town and its name is Bumble.

All that bumble buzz

Everyone knows about the revolution Tinder has brought to the dating scene, but there is a new sheriff in town and its name is Bumble. The social grapevine has not stopped buzzing about Bumble, which is changing the way online dating works, by letting the woman make the first move. By doing so the app wants to facilitate a meaningful relationship, rather than the one-off hookups its competitors thrive on. Unlike Tinder, Bumble has a photo verification feature where the user has to send a selfie with a specific pose, which is then verified by another human.

That’s not all Bumble does. The app also provides a platform for users with similar interests to connect and become friends. The Bumble BFFs section is perfect for when you move to a new city and need to make new friends quick.

If you aren’t looking for friends, the Bumble Bizz mode can connect you with people in your field creating a platform to find mentors, business partners or job opportunities. Bumble has over 20 million users so you are bound to find fish in the sea. The app is available on both Android and Apple. 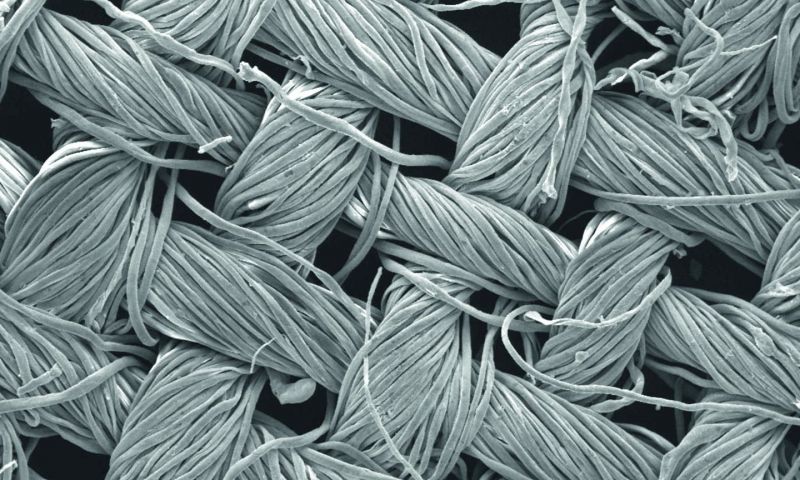 A simple hashtag campaign that spells ‘Self Cleaning Clothes’ was started rather humbly but has turned into a coup de foudre. Hate doing laundry? Well we have found the perfect clothesline for you. An Indian-origin researcher Dr Rajesh Ramanathan and his colleagues from RMIT University in Australia have combined copper and silver 3D nanostructures to textiles to make self-cleaning clothes. The coated cloth reacts to light, which in turn destroys stains and grime in under six minutes. While there are more researchers out there that have managed to make fabric with nanostructures on them, this team is the first to make it in a process that can be scaled easily. Instead of applying the coating on the textile, RMIT researchers grew them directly on the fabric. The process takes just under 30 minutes and can be scaled for industry. The 3D nanostructures are great at absorbing light; when they are exposed to light, they receive an energy boost that creates hot electrons. These hot electrons release a burst of energy that degrades organic matter, thus cleaning any stains or grime. While this is all fantastic, researchers say it isn’t time to throw out our washing machines yet, as they are still testing more conventional stains like ketchup, before it is market ready. 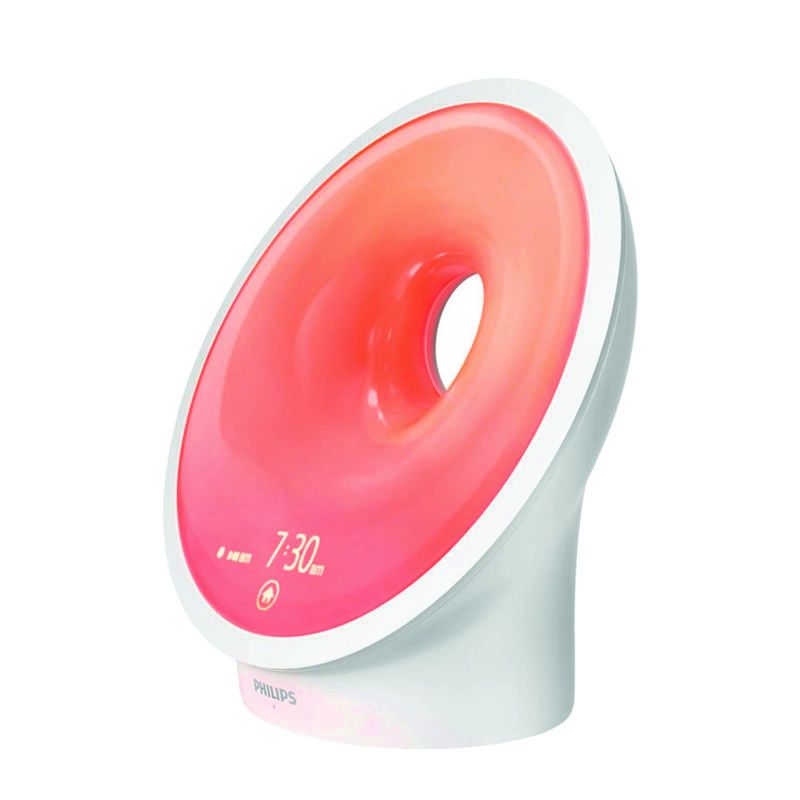 Hue a sigh of relief

Whether you retire in the suite of a star hotel after a foo-foo fine dine outing or come home to slide into the comfort of your own bed, Philips has been hawking the LED light technology for a while now. Its latest innovation, the Somneo Sleep and Wake-up Light, comes in the form of an alarm clock that makes it easy for you to wake up and sleep.

The alarm clock simulates rising up to daylight and winding down to the sunset. The device also has a RelaxBreathe mode that uses breathing and relaxation exercises with their light-guided wind-down function. The mode is meant to help get you to sleep by helping you unwind for the day’s activities. The device houses a FM radio that can play out tunes as you sleep or you can connect your phone with a cable to play your music. The device has a choice of eight wake-up sounds all geared towards waking you up as gently as possible.

The device is a little pricey for an alarm clock at Rs 12,800, but can you really put a price on a good night’s sleep? 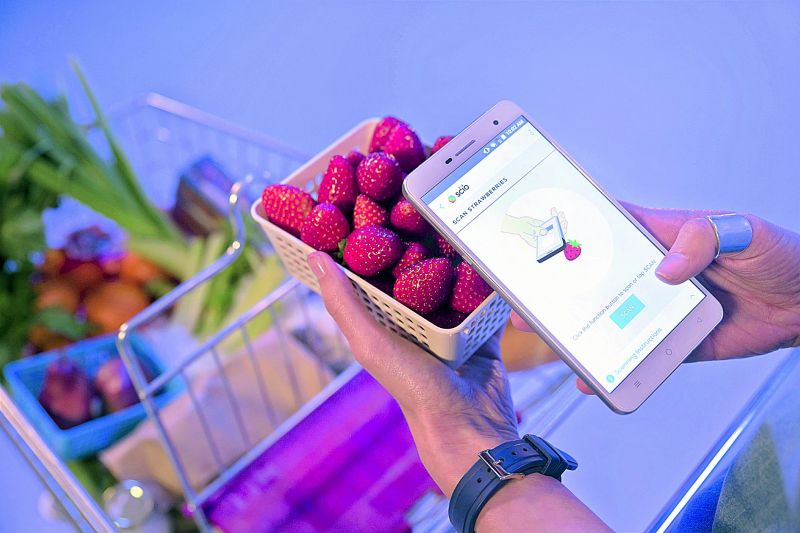 Phone that outsmarts others

On social media and red carpets, from Bollywood to Hollywood, intelligent phones are having a mainstream moment. Every smartphone in the market is trying to distinguish itself from its almost identical competitor. Big screens, faster processors, more RAM and better cameras are passé now. Changhong has just taken this fight to the next level. Its latest phone, the H2, has a miniaturised near-infrared spectrometer.

While this may sound like jargon, the work the device does is very real. The spectrometer shines a near-infrared light on the object and then measures the amount of light reflected back. Everything that is read has a unique structure and pattern. The phone can then analyse, read out and determine what the item you have scanned is and what it is made up of. For example, the phone can tell you the strawberry you are about to buy is ripe or not just by scanning its components. It could also read your biceps and determine how much muscle mass has been accumulated. The device could also be used in medicine to weed out counterfeit drugs or detect disease.

We all know that life is kabhi cushy, kabhi glum, but if you are obsessed with modern technology and upwardly mobile than you probably need to have the adorable Kuri in your life. Apologies accepted, if you thought Kuri was the name of a rising Bollywood starlet. Kuri is probably the cutest home robot you will see all year. Kuri is a tiny robot that will go around your home automatically capturing moments in your daily life.

It also has a speaker that can be used to play music and read audio books. The robot can interact in a very human way, looking at you when touched or responding to you in bleeps and bloops when spoken to. You don’t have to worry about Kuri toppling over or falling down a flight of stairs. Kuri quickly learns the layout of your house and navigates around obstacles. Its wheels are also large enough so it can transition from carpet to floor easily.