The Queen of cohesive speaking now, Kangana knows how to say the right things at the right time, leaving everyone impressed in her wake. 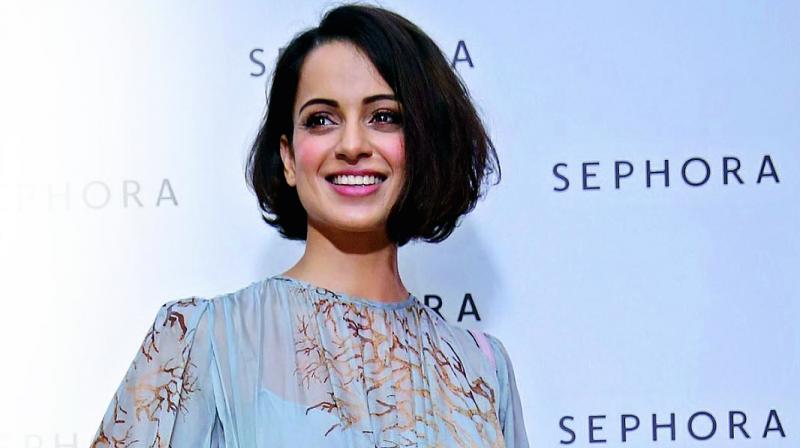 It is not just about the way they look, speak or act in front of the camera, From Kangana to Kalki, these stars have a mind of their own and have proved so time and again.

When Kangana Ranaut took the stage during the Rising India summit recently, she barely waited for the host to ask her a question before she succinctly and coherently started speaking on her opinions on issues ranging from love to nationalism. And this isn’t the first time Kangana has figured that speaking steadily and taking a stand is going to ensure she’s talked about. And how!

For an actress hailing from the interiors of Himachal Pradesh, and not knowing how to speak fluently in English a few years ago, Kangana has stamped her authority on lucid arguments on even topics like nepotism in the film industry.

The firebrand actress is a rare breed of actors and actresses in Bollywood, who can go beyond the usual politically averse and correct statements, to speak about all sorts of important issues under the sun.

Priyanka Chopra:
One of the brightest performers in Bollywood, Priyanka’s sharp retorts have become bolder, and the actress more confident, ever since she set her foot in Hollywood. And if you only discount the affected accent she’s picked up recently, you’ll see how she’s been unafraid to take on misogynists, and stands up for women empowerment. 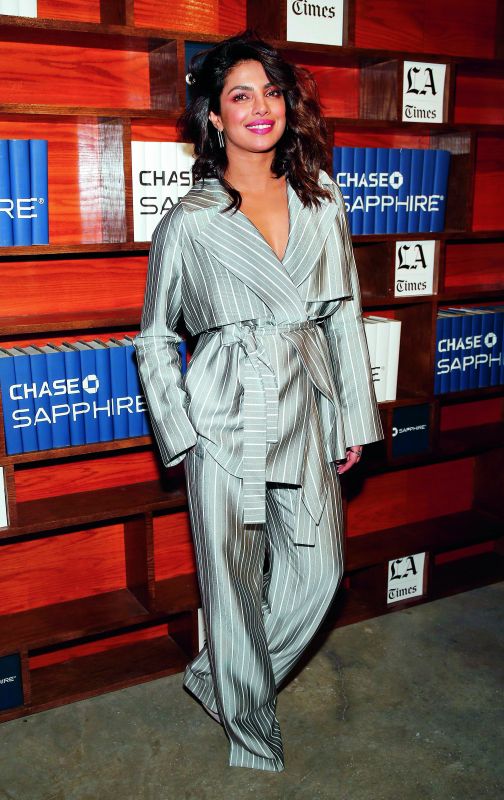 Just recently in an interview she was asked why it was okay for a woman to slap an eve teaser but if a man slapped a woman, it was a crime. “Physiologically men and women are different. When we talk about equality and opportunity we talk about cerebral opportunity. We are saying you give the ability to get the job, to be the CEO and nobody should question a woman’s choices or her drive to be someone. So if she is 50, a CEO and a mother of three. Do not question her,” she hit back, to cheers and applause.

She also came under fire for delivering an annual lecture for a publishing house, an honour usually reserved for authors. “Those who don’t want to listen to me are welcome to leave,” she said, mincing no words.

Kangana Ranaut:
The Queen of cohesive speaking now, Kangana knows how to say the right things at the right time, leaving everyone impressed in her wake.  Kangana’s new innings as a thinking person’s actress started after she took on heavyweights Hrithik Roshan and Karan Johar almost at the same time. But that’s only secondary to the fact that she’s owned every stage she’s been on, no matter the topic. At the recent summit, she took everyone by surprise while talking about nationalism and politics. “Politics has been misunderstood. If we don’t have government or politics, we can’t govern this country. What I don’t like about politicians is their dress sense. I will not wear those clothes if I get into politics and I don’t think they are going to be okay with that. And they way I speak, I don’t think any party will be interested in hiring me,” she said.

Farhan Akhtar:
Quite contrary to Bollywood A-list actresses, Farhan has no qualms in calling himself the F-word (feminist, of course). Through M.A.R.D. (Men Against Rape and Discrimination), a social media campaign, the actor-director has openly called for attention to women and girl’s rights. During one of his concerts, when another concertgoer was continuously touching a girl inappropriately, Farhan stopped his concert and called him out.

The actor, who holds gender-related issues important, is always one to draw attention to the cause.

Kalki Koechlin:
Every bit a feminist, Kalki is known for her quotable quotes when she talks about women’s issues. She has lambasted beauty standards in the industry and takes on trolls on Twitter with equal aplomb. Kalki even went on to star in an AIB sketch titled It’s Your Fault, where she spoke about victim blaming of rape and sexual assault survivors.

“Sometimes I just want some oversized t-shirts, some boxer shorts, unkempt hair and a uni-brow, you know? I want armpit hair long enough to plait. I want a clean face without a trace of make-up. I wanna look the way I do when I wake up! I want to scratch my hair, dig my nose, lick my fingers, stretch my legs and spread my toes! I want to smile with my gums showing; bare my teeth, contort my pretty little into wrinkles. Yes, I want my wrinkles to look sexy!” she said in an interview once. We hear you!

Soha Ali Khan:
One of the three Pataudi siblings, Soha is one of the soundest actors around. Having found modest success on the box office, and after the birth of her daughter Inaaya, Soha turned author with her book Moderately Famous. Understandably, it was self-deprecating and laced with sarcastic humour. 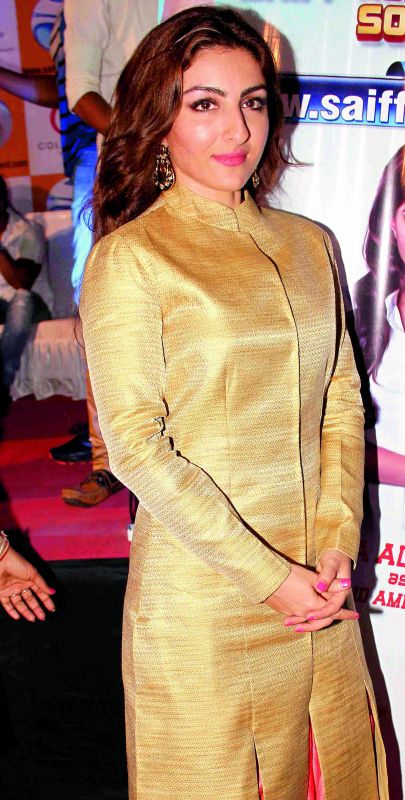 “I come from a family where everyone is a star. So I thought belonging to this family and industry, I am someone who is not a top ranker, but someone in the middle. So, the idea of being moderately famous came naturally, and a bit of self-deprecating humour was natural,” she says, talking about being a reasonably known person in a family of bigwigs. “Often, I have been recognised as Saif Ali Khan’s sister or Sharmila Tagore and Mansoor Ali Khan Pataudi’s daughter. So, it is about my identity that I have grown to embrace. Sometimes I find it frustrating and other times I even find it comforting that I belong to this family,” she once said in an interview.

Only recently, Soha was trolled online for her economic views, and most of her followers pointed out to the trouble-makers that Soha was possibly one of the only actors qualified to comment on the issue, thanks to the fact that she not just has a degree from Oxford, but she also holds a Master’s degree from the London School of Economics.

Katrina Kaif:
First impressions of Katrina Kaif are quiet and reserved. In fact, for the longest time, it was difficult to gauge what really was on Katrina’s mind because her interviews were prompt business. However, around the release of Jagga Jasoos, when Katrina sarcastically took on Ranbir Kapoor for mansplaining her role in the film, she shattered the image of the clueless girl. Since then, the actress has been more participative and speaks her mind. 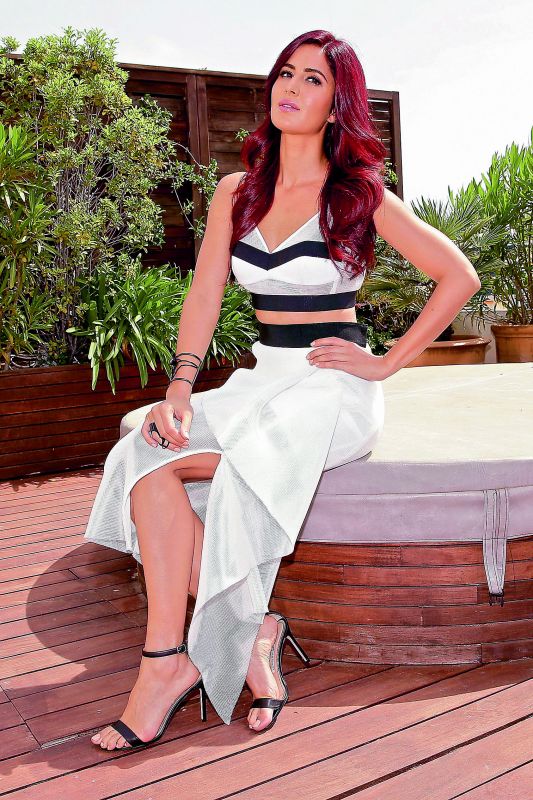 In an interview once, when she was asked about the way she deals with the quick judgements passed on her, she says she takes it in her stride. Kat went on to say that she only took the constructive bits from the criticism. Giving the impression that even as an actor with ups and downs at the box office, she has her mind composed.

Recently, she spoke her heart on the cause of educating the girl child, pressing on just how important girl child education is, and how education is the first step to progress. “For me, everything starts with education. Knowledge is power and if you have that power and belief in yourself then you can become what you want,” she said to applause. “You do get doors slammed on your face when you are trying to change the mindset its just about the physical resources its about changing the mindset of people who don’t feel like sending their girls to school.”

On the other hand, there are big names from Bollywood who make lacklustre speeches that takes away from their persona:
Shah Rukh Khan:
Known to be witty with his words, Shah Rukh’s speech can come across as rehearsed at times with his goody-two-shoes act. One needs to only look at his interviews to wonder what role he’s playing during the talks. His magnanimous behaviour has also landed him in trouble, quite like it did Aamir. When talking about the exclusion of Pakistani players in the IPL, SRK was dragged for his comments, and even labelled ‘antinational’.

Aamir Khan:
While he tries to get a good guy act going, it comes off as pretence more often than not. He’s often thrown his support behind social and political causes, which in turn affect his own brand. From Narmada Bachao Andolan to the intolerance row, where he mentioned off-handedly that his wife Kiran Rao didn’t feel secure in India, Aamir had to deal with the backlash that even took his brand commitments into its grip. The fallout of his inability to coherently put his point of view across is that he no longer talks about his thoughts outside of movies.

Karan Johar:
One need to only watch a few episodes of his show Koffee with Karan to see just how nasty he can get. Besides minor whining and taking digs at people in the industry, Karan even launched an all-out attack at Kangana, when she said he was giving a boost to nepotism in the industry. During an awards function, the song Bole Chudiyan, Bole Kangana saw him quip “Kangana kuch nahi bole toh hi theek hai (It’s best if Kangana doesn’t say anything).” Not cool, Karan.