In a freewheeling chat, Sunny Deol talks about launching his son, the trend of making patriotic films and juggling work as an actor and politician. 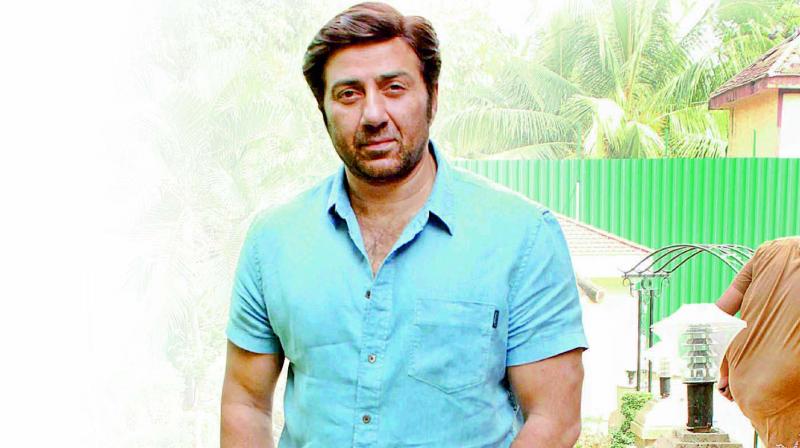 In the ‘80s and ‘90s, if there was one actor who single-handedly dominated the action genre, it was undoubtedly Sunny Deol. With hits like Arjun, Joshilaay, Tridev, Aag Ka Gola, Ghayal, Gunaah, Salaakhen and Ghatak among others, Deol took ahead the ‘He-Man’ legacy of his larger-than-life father, Dharmendra and carved a niche for himself in the popular genre of the time.

Such is Deol’s action-hero legacy that many might not remember that he actually started off his career in a romantic drama called Betaab. Starring opposite Amrita Singh, the  27-year-old Deol kick-started his more than three-decades-long career in Bollywood. Now that he is launching his son, Karan Deol, in the romantic drama Pal Pal Dil Ke Paas, it’s almost as if his life has come full circle. As the National Award Winner gets back into the director’s seat with Pal Pal Dil Ke Paas, he got candid with us about issues close to his heart and the ones on his mind.

As a father, were you apprehensive about launching your son? What’s running through your mind at the moment?
It is indeed a huge responsibility. As a father, I have mixed emotions, and I was very nervous and scared before the teaser was out. I think until the film is out for release, that anxiety will be there. My conscious effort was to launch these new kids with a love story because I wanted to capture the kind of innocence that one has at this age. You will never find this same innocence once you mature. We are also launching a new actress along with my son. Let’s wait and watch.

Do you think budding actors today tend to focus more on their looks and physique rather than talent?
I want to tell all the youngsters that you don’t have to develop six-pack abs to become an actor. Just enjoy your work. You can’t always have the same audience, so you will have to try different things.

When your film works, you become a star, but at the end of the day, you are just an actor and that’s the fact. Both my children want to be actors, so I hope they won’t follow the trend.

Have you played a role in grooming Karan for the industry? Does he take tips from you?
I don’t think I had a vital role in grooming him, because grooming is something that happens to kids in school and in the company of their friends. After he finished school, I heard from my wife that he wanted to become an actor. This is an unforgiving line of work, so I wanted him to be sure about it. You have to believe in yourself to be in this industry. It is a path where only your talent is going to take you ahead, and not any certificates.

Although award functions are quite ubiquitous, we hardly see you at them. What are your views on awards?
I have never been a fan of awards. Awards are a gimmick; there are so many of them these days. They started off a few years ago, and our film industry has become a commodity, and everybody is trying to be bigger than the other. The youngsters get swayed by this too and want to learn how to stand out.

Your presence still draws crowds. How have you managed to preserve your star quality after all these years?
My work has managed to sustain my stardom. The kind of films that I have done speak for themselves, and I believe in myself, but I also feel I need to do more. But ‘star’ is a tag that has been given by the media; I am just an actor.

When you did patriotic films, they weren’t very common. Today, making patriotic films seems to be the trend. How do you feel about this transition?
We should show some respect when we speak about patriotism. Every person has to love his country, so one should not make patriotism a formula. However, cinema always follows something that’s working; it will always be like that. There was a trend of remakes, now biopics have become popular. It’s a business, after all, so you can’t blame anyone.

As an actor and politician, how do you juggle both careers? Does criticism on the political front get to you?
I joined politics to do what is required. I will definitely do what’s in my capacity, and I’m not so worried about it. People will certainly talk about you, especially on social media, but I’m not going to lead my life based on what they say.

Your lack of attendance in the Lok Sabha came under scrutiny recently. What would you like to say about that?
As a person, I know what I have to do and what needs to be done. I have done lots of things, but I don’t like to talk about it. It isn’t my job to look for photo ops. I am not a person who wants attention, and that’s my personality. I am not a politician by profession, I am just a human being who can interact, feel the vibe of love, hate, and anger, and react to that. That’s how you find solutions to things.