He’s labelled as B-town’s macho man, but Arjun does not wear his masculinity on his sleeves, in fact the hunk is open to playing all kinda roles. 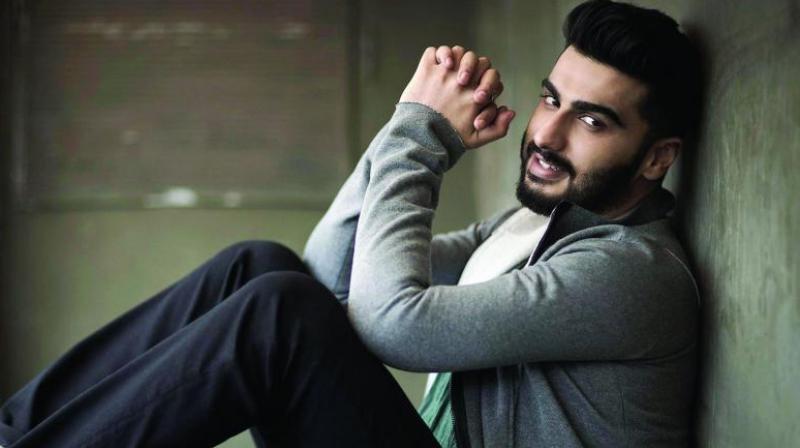 Till few years ago, he avoided the press like plague. Some called him reticent, while others labelled him arrogant ‘Boney ka launda’ sans even talking to him.

But Arjun Kapoor preferred to seal his lips and let his talent do the talking. He kick-started his career with Ishqzaade (2012) but then his career went through a turbulent patch with Tevar, Aurangazeb, Half Girlfriend which tanked at the box office. However, Arjun stuck to his guns and has managed to get a prominent role in Ashutosh Gowariker’s Panipat (2019). In a candid chat, Arjun speaks about dealing with failures, movies and the different monickers that he has earned.

Panipat is your first-period drama and with people making memes of it did that bother you?

If you make fun of me I am okay with it as I am here today, may not be here tomorrow.  But if you're making fun of this film, you're making fun of the people who have sacrificed their lives for India. I don't see anyone making memes of Shaheed Bhagat Singh or Subhas Chandra Bose. Then why make memes on Sadashivrao Bhau and nobody says anything about it? These people were martyrs. Nobody has stood up and said this (memes) is uncouth and rude. I feel it's sad we are allowing it to happen. I don’t have any issues if people crack jokes on me. The sad part is people making fun of the character and movie. It’s really unfair. Social media today has become derogatory and negative.

You come across as a macho actor but the idea of a hero and masculinity has changed today, would you be comfortable playing the role a transgender or gay person?
Ki & Ka is a nice example in my career because when Tevar didn’t do well people were like you must reposition yourself. When I told them that I am going to play a homemaker (homehusband) people were like are you mad? I look much better with the beard but for Panipat I removed my beard and went bald. I have never got an opportunity to play a transgender or gay person. I don’t care much about my machoism. I am secure and have never been too caught up with my masculinity. I think the time of masculinity from action has gone. It is about being secure about one’s masculine.

Your character in Panipat as Sadashivrao Bhau is very calm but how are you in real life?
I am not a star kid. I never asked my father to launch me. I went out there to make a career on my own. I think it is wrong to generalise me. People don’t know me. I am just like any other guy. I take myself and work seriously. I am very professional and work hard. I use to be a recluse and not engage with the media as I thought nobody will understand me. Today, the media understands me better.
I am calm but I do get angry like everybody else. I am a sorted person and very mature. I have been through a lot in life — separation of my parents,  loss of my mother and the ups and downs in my career.

You were always referred to as ‘Boney ka launda’, today do you feel you have made an identity for yourself?
I always feel proud of being Boney ka launda and I don’t want to shy away from it. I am not apologetic about it.  However, I would like to believe that today when people meet me, they like to meet me as Arjun Kapoor.  My name has an identity and people are aware of who I am. In a population of billion people if I have created an identity for myself then that’s a positive thing. I feel there is more to achieve and I will be lying if I say I am not ambitious.

You have tackled success and failure with dignity, where does that stems from?
That stems from my mother and father.  My father has seen so much in this industry but he is someone who has always stood tall and taken care of so many things. I look up to him for that and my mother's resilience. She was a very strong woman.  Success and failure is not defined by Friday alone and that’s a misconception. I am running my house and I have a number of people working with me. They are doing well because I am doing well. Because of me, many houses are running, many kids are getting an education. My life has been a success because I have been able to positively affect the people around me in a good way.