With a film career spanning across 40 years, B-town’s ‘Mr India’ gets candid about his health, career and the evolution of the Hindi film industry. 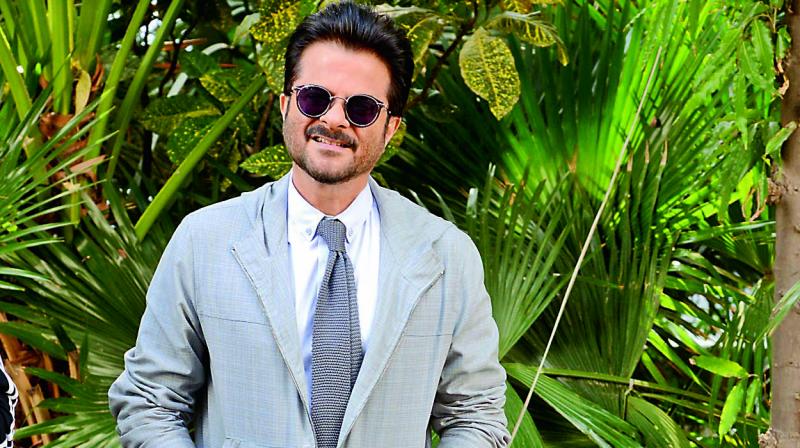 At 63, Anil Kapoor is truly ‘sexty’ for his age. While some of his contemporaries have hung up their boots, Bollywood’s Lakhan is still game for a 1,2 ka 4 and 4, 2 ka 1 at the drop of a hat. Kapoor made his debut in Hamare Tumhare (1979), and became a household name with Mr India (1987) and Slumdog Millionaire (2008). His energy and zest for life is contagious – be it his acting chops or stellar fitness – the Malang star will never go out of style.

You look fit as a fiddle! What is your diet and fitness mantra?
I am following the advice of Aditya Roy Kapur’s dietician. He has prescribed me to ingest only 1700 calories per day. He sends me cooked food. When I met him (Kapur) on the first day of the shoot, I asked him about his fitness mantra. He told me about his dietician. I took the number from him and now I am strictly following the dietician’s advice.

How do you control your cravings?
You need guts to do everything. I have conquered my breakfast and lunch, but I have yet to conquer my dinner eating habits. After a certain age, eating less is more. If you eat more, it affects your health.

But do you give yourself cheat days?
I cheat in the night (laughs). When I reach home from work, I feel like eating homemade food but this is the biggest challenge. There are a few people who never eat in the night. They are the fittest. Anyways, I shall overcome this challenge as well soon.

So do you plan to skip dinner and sweets?
After a certain age, it is better to eat less. You need to eat a little early in the evening, not late. For me, it’s difficult to eat dinner by 8 pm but I am trying. As for sugar, I was never fond of sweets.

Tell us about your early days in the film industry.
My dad used to work with Shammi Kapoor sahab. He and F.C. Mehra lived in south Mumbai. In those days, they travelled by bus, train and walked short distances. Sometimes, we would travel with Raj (Kapoor) sahab’s daughter, and if we partied, then we went in her car. When I started acting, I would come to Santacruz from Kurla, and then board the Juhu Church bus. Since we lived in Chembur, we would travel by 311 and 361 bus respectively.

From travelling in BEST buses to being the first actor to be called “Action Trendsetter”, you have come a long way.
I think Amitji (Amitabh Bachchan) was an action star even before Mithun. Then there was Jeetendra, Vinod Khanna and Dharmendra. I remember Sanjay Dutt also came before us. He is two years senior to us, as Rocky and Vidhata had already released.

What is your character in Malang?
My character in Malang is 80 per cent dark. The character has many questions in his mind, and he has too much angst against the government. He feels Goa is not the same and has become more commercial. The food that was made in many restaurants was mostly traditional, which is not made now.

What are the changes you see in the film industry today?
People have become look conscious and so have actors – body should be attractive, everything needs to be great shape. There was time when we did films with huge emotions and drama, then came foreign locations etc. Everyone has turned their attention to remaking south films now. All the films are doing well because theatres have good and comfortable seats. For good cinema experience, good content-oriented films also need actors with good physique. With all that falling in place, the watching experience becomes great.

Do you think some veteran actors get stuck in their image?
I feel nothing has changed. Every generation has different people and so their acting calibre is different. Why will audiences not like an actor who used to play positive characters but is playing a negative role? If the audiences don’t wish to accept anyone, they will not accept him or her.

Are you happy with your professional journey so far?
I have the hunger to do more. I need a lot of work and I get hungry for good roles even now. However, whatever I got so far, I am happy and I feel I am lucky. Getting a job is also important.

Whom do you go to for career advice?
I do take advice, but the people whose advice I take keep on changing. Currently, Mohit Suri and Luv Ranjan surround me. I like to take advice from them about my work on the sets. Luv is such a dynamic young producer. I feel as a child you need to be surrounded by the right people. Your soul mate should be right. The right teachers can teach you great stuff. Writers/directors can give you great advice. For instance Leonardo  DiCaprio is doing a wonderful job for the environment.