Women sportspersons having proved their mettle on the field, are now attracting brand endorsement 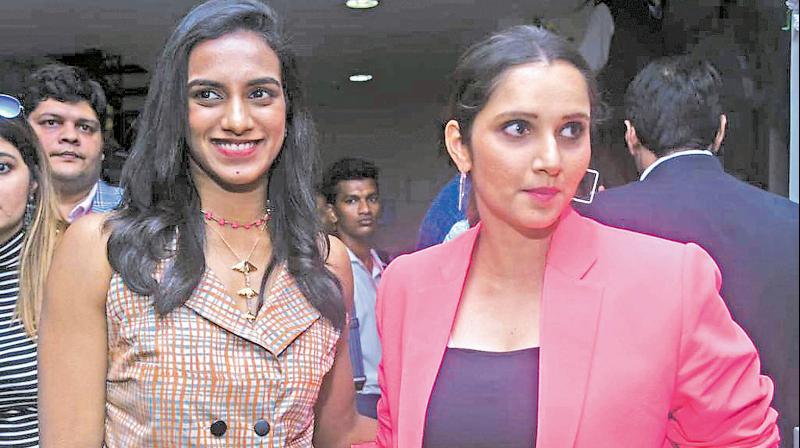 November 2019 saw Indian women’s cricket team skipper Shafali Verma breaking the record of ‘the’ Sachin Tendulkar, by scoring a half-century in an international match. It brought to light the potential of women on the pitch. Shafali and fellow team members, Mithali Raj, Smriti Mandhana and Harpreet Kaur, have in recent years, showed their grit and determination in breaking the stereotypes around women players.

Such triumphs did bring them some fame, fortune and some brand endorsement deals while Shafali became the young face of Pepsi, the others fetched associations with brands such as CEAT, Hero, Bata’s sportswear, Vaseline and Rio Tinto. However, a comparison between those and the frequency of male sportspersons doing endorsements, and one begins to wonder if women in the same field get their fair share in brand endorsement deals.

Reaching for the stars

It all started when badminton star PV Sindhu created history by winning a silver medal in the 2016 Olympics. She became the face for several products and successfully broke the glass ceiling for other Indian women athletes such as Sania Mirza, Saina Nehwal, Mary Kom and Sakshi Malik. Sindhu went on to become the brand ambassador for the Haryana Government’s ‘Beti Bachao, Beti Padhao’ campaign. However, barring Sindhu, not many brands approach female athletes for endorsements today.

Ad maker and brand consultant Prahlad Kakkar shares his rather rational take on endorsements, which he says depend on viewership and following. “About five lakh people watch women’s match and 50 lakh watch men’s. Even then, only two players among those men get endorsements,” he says, adding that advertising believes in numbers over sentiments.

“There is a straight equation that follows revenues from the brand and who attracts more audience. The players are commodities, not even human beings. It’s not about ‘giving women boost or giving women empowerment’. The day women players attract more people, they will get more endorsements. It has nothing to do with acting or looks.”

It is difficult not to agree with the ad man because if you look at it, while male sportspersons currently have a fan following that is almost impossible to replicate, male sportspersons such as boxer Vijendra Singh, shooter Abhinav Bindra and footballer Baichung Bhutia too haven’t achieved success that cricketers such as Virat Kohli and M.S. Dhoni have.

Adding to the thought, ace cricketer Smriti Mandhana shares with us that the pay and endorsements depend on fan following and revenues that a team earns. “We need to understand that the revenue that we get is through men’s cricket. The day women’s cricket starts getting revenue, I will be the first person to say that we need the same thing. But right now, we can’t say that. When we win matches, the crowds will walk in and the revenues would follow, so even other things are going to fall in place,” says the former T20 squad captain.

So also, Smriti believes it unfair to ask for the same pay and endorsement before the performance is equal as well. “We need to perform first. It is unfair on our part to say that we need the same pay or endorsements. So I don’t think I want to comment on that gap,” she adds.

Ad-maker Gaurav Panjwani also argues that it’s unfair to compare male and female sportspersons. He says that expecting women players to have equal following as men is asking for a little too much a little too soon.

“It’s unfair to compare men and women sports players’ endorsements because male cricketers enjoy a massive fan following as compared to women players. Moreover, cricket has been the legacy of male players, with women cricket picking up only now. So too, comparing between men’s and women’s endorsements is incorrect as brands are not into charity. They will put their money on the most influential person who catches eyeballs as they need to cater to the masses too,” he explains