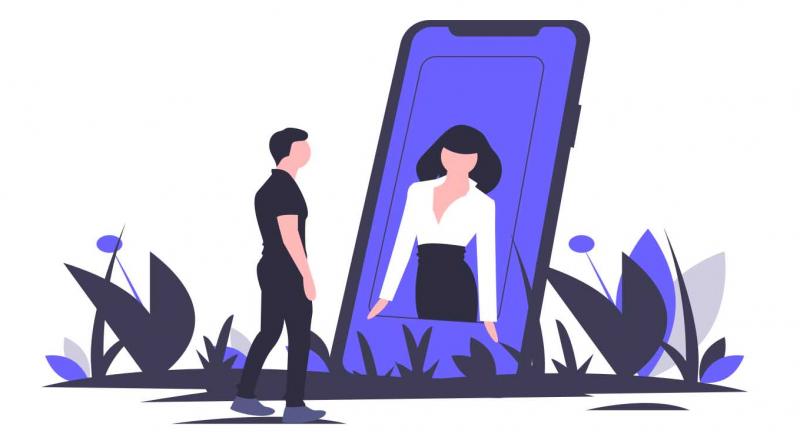 According to a report published by the World Economic Forum, another dating app, OkCupid, has recorded a 26 per cent increase in conversations

When Mumbai resident Priya Dali was matched with someone from Pune on Tinder recently, she decided to date ‘virtually’. “She’s a teacher and an artist and I am an illustrator who’s interested in the teaching space, so we already had a few things in common,” she smiles.

In the bid to know each other better, they took a question-answer challenge on the dating site. “We decided to take turns answering each question. We digressed into unrelated conversations, asking each other more questions about the answers we gave, getting a glimpse of the other’s experiences, way of thinking and life,” she shares.

Dali is not the only one to have found love virtually during the COVID-19 lockdown. Tinder reports that on March 29 alone, there were more than three billion swipes worldwide. The dating portal further states that in India, conversations have gone up by an average of 39 per cent, while the average length of conversations has become 28 per cent longer.

According to a report published by the World Economic Forum, another dating app, OkCupid, has recorded a 26 per cent increase in conversations since March and over 40 per cent of an average of 16,000 respondents per question across India were open to coming together online for meals and drinks.

Though Dali doesn’t know the future of her relationship, she is happy to have at least found a friend for good. “Maybe we’ll meet someday or maybe we won’t. Maybe we’ll end up working together or maybe we’ll just end up being two gay friends who met on Tinder and found a few moments of calm and laughter in a time where the world was crumbling,” she chuckles.

26-year-old Sachin Verma, a data scientist from Bangalore, met his ‘girlfriend’ from Uttar Pradesh via Facebook about 11 months ago. They continue to date virtually. “Since she lives with her family, we do not get to speak much over the phone. And our video calls are more like mute calls, we see each other’s face and then type out whatever we want to say,” he laughs.

While it seems like love is in the air, marriage coach Leena Paranjape notes that a lot of virtual matches during the lockdown can also come about from a position of desperation, in relation to the basic desire to satiate one’s emotional needs. “Virtual relationships from the perspective of building connections is great. But to sustain them is difficult. The challenge lies in maintaining that relationship in future,” explains Paranjape.

For Noida-based Anil Wadhwani and his girlfriend Natalia Gupta from Bangalore, who met via a matrimonial website over a year ago, there is a communication gap that often leads to arguments. “While we work out and cook together, it is very hard to build conversations over a call or text, and often, there are no solutions to our fights. I believe if we were together and fought, at least I could hug her and turn things around,” says Wadhwani, adding, “Besides, there is a lack of intimacy.”

Gupta is of the opinion that communication is more important than staying together and the two have grown as a couple by being far apart. “For me, it doesn’t make much of a difference, as being virtually connected is as good as being together. We have continued it for so long, having met only once,” says the 31-year-old.

Putting things into perspective, Paranjape feels that virtual dating is good for fun, entertainment and ideal only for short-term connections. “If you know when to enter you should know when to exit. If you are enjoying it at the level of friendship, then it is fine; but if you are getting emotionally involved and you get restless without that person’s physical presence, then that is a risk. I can vouch for the fact that it is difficult for millennials to control their emotions,” concludes the marriage coach.