I am not a star, says Dharmendra

The veteran actor talks about his five-decade-long career, his association with Hrishikesh Mukherjee and why he doesn’t give advice to his sons. 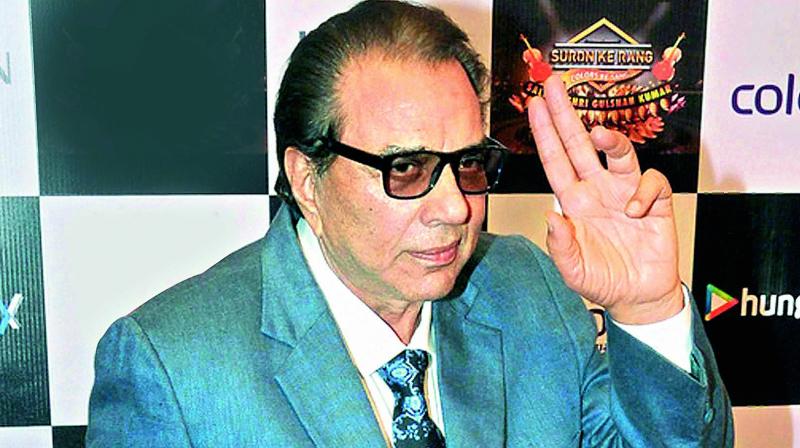 The recently released film Yamla, Pagla Deewana: Phir Se has been received well in the Deols’ home territory of Punjab. As box-office collections picked up through word-of-mouth publicity, the film’s lead star, veteran actor Dharmendra, sits down for a quick chat.

Reminiscing on the golden age of Hindi cinema, of which he was a part, he says, “Every era has its own beauty. The sentiments of the past were something else. The audience was different, the atmosphere was different, and the stories were different. Then, we had golden jubilees.

“I came from a middle-class family, and I would sit with the dancer boys and girls and eat bhajiyas,” he adds.

Phool Aur Patthar, one of the biggest hits of Dharmendra’s career has completed over 50 years. Talking about the film, he says, “Mine was a beautiful character. Even today, when I watch that film, I get emotional. I had good directors and good screenplays. If you get such roles, then the path for you to do well is clear.”

But the actor had to face his fair share of struggles before making it big. “In my struggling days, I would swim in a creek in half-pants. There was a hotel in Juhu where a band would play, and I would tell myself that I would drink coffee there one day. I would see cottages and say to myself that I’d buy my own house there someday. There was an innocence in me,” he says, adding, “I have never hidden anything about my past, I am proud of it. Life is a struggle and you have to keep fighting. Smile through your struggles.”

The actor had a long and fruitful association with Hrishikesh Mukherjee, whom he thinks of fondly, even today. “Hrishi da was a great director, a brother, a friend, a mentor, and a master. He would scold me, but he was such a great person that he commanded my love and respect. I remember, when I visited him at the hospital during his last hours, he told me to remove the pipes inserted into his body. It was a dreadful sight,” the actor says, with tears rolling down his face.

And in his over-five-decades-long career, there’s one man that Dharmendra regrets not having worked with – Mehboob Khan. “He made films like Andaaz and Mother India. I met him at Mehboob Studios once, and he said that he wanted to make a film with me. He wanted to make Sasta Khoon Mehenga Paani,” the actor recalls.

The 82-year-old has been called the big screen’s He-Man, but when you meet him in person, Dharmendra is one of the most soft-spoken men you will encounter. Talking about his acting talents, he says, “For me, acting is a reaction. I’ve never studied acting. But it comes easily to a sentimental man like me. Off-screen, I am a human being. I am witty and emotional. That’s why I don’t find it difficult to act.”

And though he’s one of Bollywood’s most revered actors, he refuses to let himself be called a star. “I am a human being, not a star. That’s what has kept me going,” he says.

His most recent film, Yamla, Pagla Deewana: Phir Se, featured cameo appearances by his contemporaries — Rekha and Shatrughan Sinha. No doubt, shooting with them again would have taken him back. “There was life in the shoot. We are blessed to be lively people with good hearts and brains,” he says. The film had the actor collaborating with his sons Sunny and Bobby again. On being asked what he advised his younger son Bobby when he was going through a low phase in his career, Dharmendra explains, “My father never advised me. So I also let him do what he wants to. There are ups and downs in this line. Even I faced it and so did Sunny,”