Rising fuel prices: The road ahead

US sanctions against Iran, the third biggest exporter of oil to India, make it difficult for its allies like India to manage the oil demand supply. 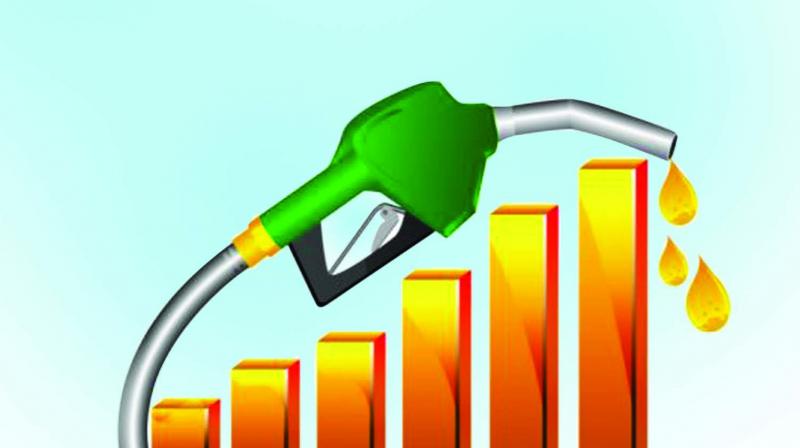 Petrol and diesel prices are spiralling out of control. the government seems to be looking away and pointing towards global issues. But as fuel prices continue to pinch consumers, the question remains — Have we done enough to tackle the crisis?

Petrol and diesel prices are on a fire again, hitting farmers, transporters, fishermen, consumers and commuters. India meets over 80 per cent of it’s fuel demand through imports so prices are largely dependent on external factors and taxes by Centre and state governments.  The current spurt in fuel prices is due to two factors: free fall in Indian rupee’s value in the international currency market and the volatility in international prices of crude.

India deregulated the price of petrol in 2010 and that of diesel in 2014, ending government’s control over fuel prices that are now decided depending upon the price of crude oil in international market. So, every time there is an increase in crude prices public sector oil marketing companies pass on the hike in to consumers, on a daily basis.

This week the rupee fell to a new low of 71 against US dollar. The rupee has now depreciated over 6 per cent since June 2018. This depreciation of rupee against the dollar has made import of crude oil costlier.

Since the UPA-2 days, oil producing countries have tried to bring down their production to jack up crude oil prices and geopolitical tension has made things worse. However, when crude oil prices were falling the Modi government started hiking taxes on petrol and diesel to increase its tax kitty. So consumers in India did not really benefit from lower global prices. But now when international crude oil prices are rising and the rupee is falling, consumers have to bear the burden.

Excise duty on petrol is currently at Rs 19.48 per litre and on diesel by Rs 15.33 a litre. Besides, the states also impose high rate of taxes on fuel that vary from one state to another. 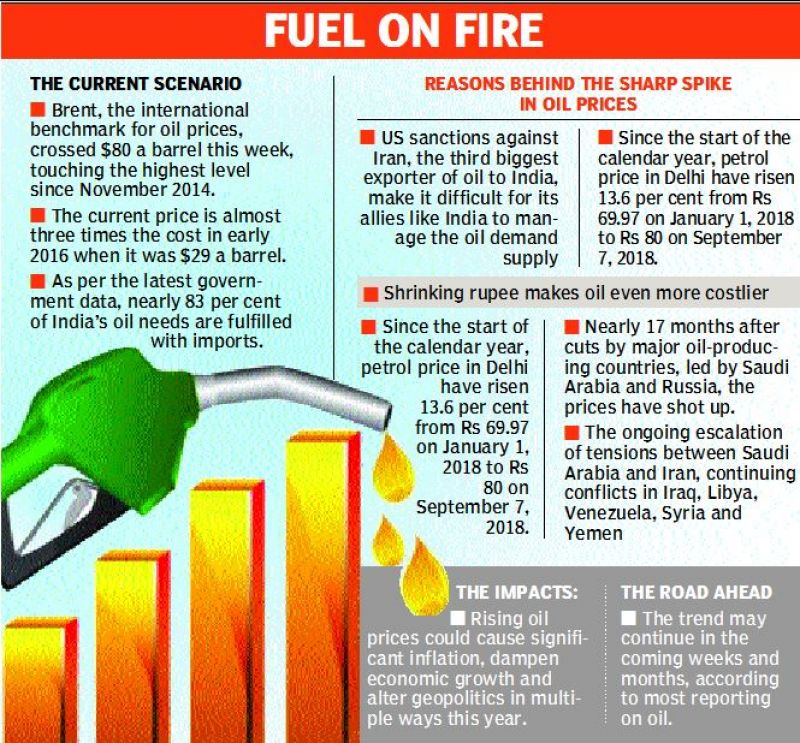 However, the Centre currently does not want to reduce taxes on fuel as this might hit its revenue. Taxes from GST have not been as per expectation and shortfall in taxes could hit government’s fiscal deficit target of 3.3 per cent of the GDP. Besides, finance ministry officials thinks that while a Rs 2-3 cut in tax may not provide a large benefit to general public, it will have an adverse impact on revenue.

With Assembly elections scheduled in four important states including Madhya Pradesh and Rajasthan soon, the Centre is under pressure to intervene and offer relief to people.

Oil minister Dharmendra Pradhan has suggested bringing petrol and diesel under GST to bring down taxes on diesel and petrol to give relief to consumers. However, states are reluctant to let go of their right to tax petrol and diesel.

During the last GST Council meeting not a single state agreed to include petrol and diesel in the GST list as they wanted some scope for manoeuvring taxes to raise funds during crisis.

States, especially Kerala, pointed out that with everything being brought under GST, states’ options to raise resources have come down. They said that products that are outside GST’s purview should remain so.

It seems consumers will have to bear high fuel prices until political pressure forces governments to reduce taxes on fuel, work out some alternative mechanism for oil prices or external factors improve.