View from the top

Rajkumar Rao on his choice of films, stardom and why he will never do films for the sake of friendship. 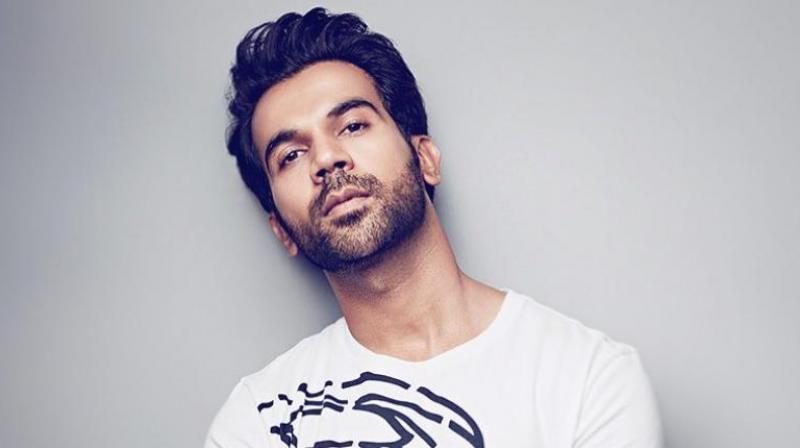 Actor Rajkummar Rao is unassuming when he remarks ‘No one can replace the Khans’ in a recent interview. Yet his steady rise to the top has ushered in a new world order in Bollywood that has toppled all other acting records, including those made by the indomitable Khans. The self-efficacious star might only be seven years old in his Bollywood career but has managed to make each year count with a flurry of back-to-back sleeper hits. In a recent interview with the actor, we talk to him about his latest release Ek Ladki Ko Dekha Toh Aisa Laga, the choice of his films, money matters and his lady love, Patralekha.

The film Ek Ladki Ko Dekha Toh Aisa Laga is focussed on the relationship between a father and daughter, yet you leave an impact at par with the central characters. How do you manage to stand out in every film?
I was very clear about my character and I had a great team. When I started working with them I knew I was getting into a safe territory. I was happy shooting and happy with the way it has been received. The film is about Sonam but despite that, it’s up to the actors how they manage to stand out. I did my best and I am glad people are appreciating it.

Once you start delivering hits, you form a friend circle or get affiliated with a ‘camp’ in Bollywood, after which you are often expected to do films for the sake of friendship...have you ever done that?
I don’t think I will ever do that. I have never done films for the sake of friendships. For me, the driving force to do a film has always been a good script. Only 10 per cent of my films in my filmography career might be films that I am not too proud of, but the rest of them I am really proud of.

What have you learnt from your failures?
You just learn from your mistakes. Few films have failed but many times, my gut feeling has told me to not be a part of certain films and those have been the greatest lessons... listening to your heart and going by your gut feeling.

You come from a small town; does your background help you shape your characters differently each time?
Yes, I am from a small town and it does help me shape my characters differently, but I don’t understand what the audiences want and that’s the beauty of filmmaking. You can’t foresee things, you can’t predict things. Nobody knows what’s going to happen on Friday. So I try and bring something new to each of my characters, which is not part of the script. I try and learn new languages for my characters. All these things come from meeting people and I also observe people. I pick up things from there.

Now that you are a star, how has life changed? What comes with stardom?
With stardom, you get busier and you don’t get more time for yourself. I still do things that I used to do earlier. I want to lead a normal life. I still go for a walk to Juhu, but yes now people know me so I have to give selfies and that’s the only thing that has changed. And I should not complain about anything as I have earned this for myself.

So how good are you at negotiating with producers?
I suck at discussing money, so I have a team for that. I have never thought about money because I am focussed on working. So I have a great team who takes care of that department. Also, money matters only to some extent; it should be a respectful amount. But apart from that, I have never done films for money.

The new age cinema has rubbished the phenomena of stardom. art precedes the artist today... Don’t you think?
Stories are the new stars and that’s how I see it. There is nothing bigger than a story and we are all functioning towards telling the story in the best way possible.