Players trying to emulate their fathers at football’s biggest stage, siblings playing alongside — the Cup overflows with emotion. 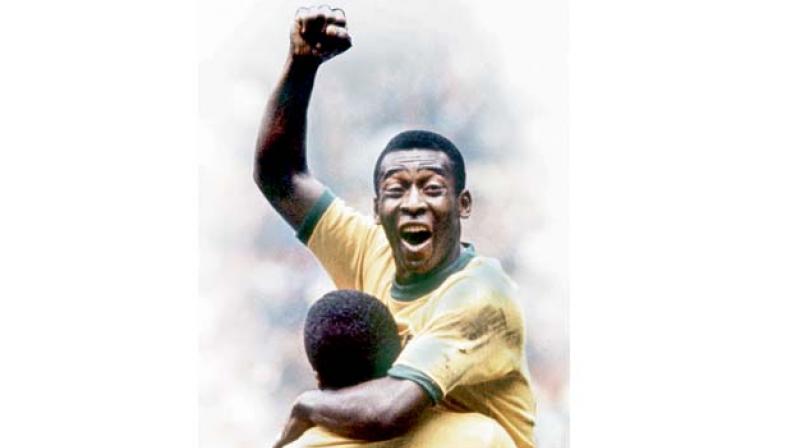 King Pele
Brazilian legend Pele is the only player to have won three FIFA World Cups, in 1958, 1962 and 1970. Pele’s penchant for spectacular goals made him the all-time leading scorer for Brazil with 77 goals in 92 games.

Dad’s the way for them
Thiago Alcantara is truly a global player at the World Cup. Born in Italy to Brazilian parents, he plays for Spain. The midfielder will emulate his father Mazinho, who played for title-winning Brazil in the 1994 World Cup. Thiago was born in San Pietro Vernotico, Italy, when his father was playing for nearby club Lecce. He started at the junior levels at Brazilian club Flamengo in Brazil before moving to Spain with his father. Sport runs in his family. Thiago’s mother Valeria was a former volleyball player and brother Rafinha represented both Spain and Brazil at the youth level.

Denmark goalkeeper Kasper Schmeichel is another player to step into his father’s World Cup shoes when he mans the Danish goal to emulate his famous father Peter. Kasper has also won the prestigious English Premier League with Leicester City in 2016 to match his Dad’s feat of winning the EPL title with Manchester United.

Young & old
At 19 years and 151 days on June 4, the cut off date for announcement of squads, Australia’s Daniel Arzani is the youngest player at the World Cup. An attacking midfielder, he plays for Melbourne City in the Australian league. Egypt goalkeeper Essam El-Hadary is the grand old man at the Cup, aged 45 years and 140 days. Should he feature, the Egyptian captain will surpass Colombian goalkeeper Faryd Mondragon’s record as the World Cup’s oldest player, set when he appeared at Brazil 2014 at 43 years and three days.

Belgian Brothers
The Hazards — feared striker Eden and midfielder Thorgan — are brothers in the Belgian squad who will carry their country’s hopes. The Lukakus could have provided the second set of brothers in the Belgium team but defender Jordan missed the cut after being named in the preliminary squad. His older brother Romelu did make the Belgian strike force though.

Number game
3 The number of World Cups in which Tim Cahill of Australia has scored a goal. If the striker succeeds in netting one in Russia, he will enter an elite club, as only Pele (Brazil), Uwe Seeler and Miroslav Klose (both Germans) have previously notched a goal in four different editions of the prestigious tournament.
7 The number of previous World Cup winners who made it through the qualifiers: Brazil, Germany, France, Spain, Uruguay, England and Argentina. The only one to miss out were four-time world champions Italy, who will be absent for the first time since the 1958 edition in Sweden, following their defeat to the Swedes in the European play-offs.
21 The number of World Cup finals Brazil will have contested. The first team to book their place for Russia 2018, the Brazilians are also the only nation never to have missed a single World Cup finals. Holders Germany are next on the list with 17 consecutive appearances.
36  The number of years since Peru played last at the World Cup, in Spain 1982. The other teams to return after long absences are Egypt, whose last appearance came at Italy 1990, and Morocco, who were last on the big stage at France 1998.
871 The total number of matches played in the 2018 World Cup qualifiers, a record. Some 208 teams started out, but only 31 made it to the end, joining hosts Russia. As many as 736 players will feature at the tournament.