The first ladies of footie

Here’s a peek at the lovely ladies of the beautiful game’s iconic men. 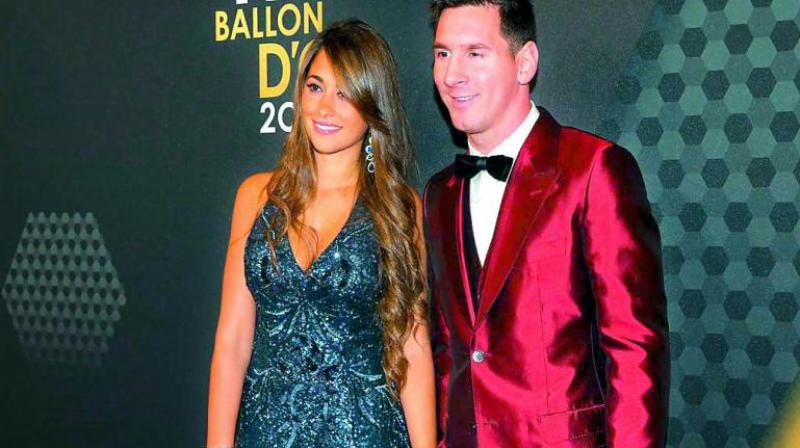 The wags of the FIFA world cup 2018 players are set for a tournament of a lifetime as many make their way to russia. Some will be staying with their star husbands, others might not due to team and coach diktats. Here’s a peek at the lovely ladies of the beautiful game’s iconic men.

Georgina Rodriguez — Cristiano Ronaldo
This Spanish model and the five-time Balon D’Or winner have been dating since 2016. She is originally from the northeastern Spanish city of Jaca, and is said to have worked as a waitress in her hometown before moving in with a family in Bristol, England, as an au pair. Rodriguez is also a keen dancer. She is 22-years-old and has more than three million Instagram followers. The couple recently welcomed the newest addition, a daughter named Alana Martina.

Bruna Marquezine — Neymar
She is the on and off girlfriend of footballer Neymar. The pair were introduced at a carnival celebration in Rio de Janerio in 2012 and began dating shortly after. Actress and model Bruna Marquezine was born in 1995 and hails from Duque de Caixas, Rio de Janeiro, almost 400 km from Neymar’s family home in Mogi das Cruzes in Sao Paulo. A TV actress, in 2003, she won the Best Child Actress award at the Melhores do Ano, for Mulheres Apaixonadas. 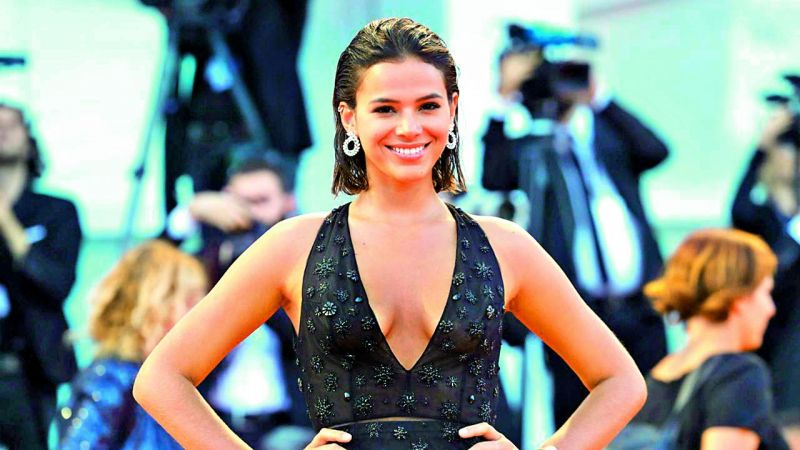 What started off as a three hour phone call ended as a love affair. They first met when the Croatian playmaker moved from  Dinamo Zagreb to Tottenham Hotspur.  In 2010 Luka Modric married his agent Vanja Bosnic in Zagreb and then their first son followed, Ivano. Later they had a daughter Ema. Vanja likes to keep away from the public eye and cares less for the luxurious lifestyle. Vanja Bosnic is five years older than her footballer, and does not like to be seen in public places and cares little about an extroverted lifestyle. She studied economics, and was a players’ agent. 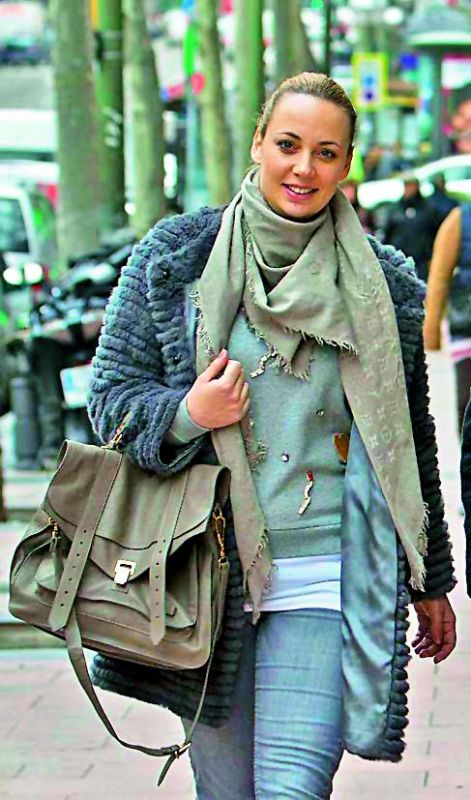 Eden Hazard and Natacha Van Honacker
Natacha first met the Belgian attacking midfielder when he was only 14. They began dating and their love story turned serious, and they married in 2013. The couple has three children. She gave birth to first-born, Yannis on December 19, 2010. Three years later came second son, Leo born in February 2013, and last came Sammy, born in September 2015. Natacha also played soccer during high school. 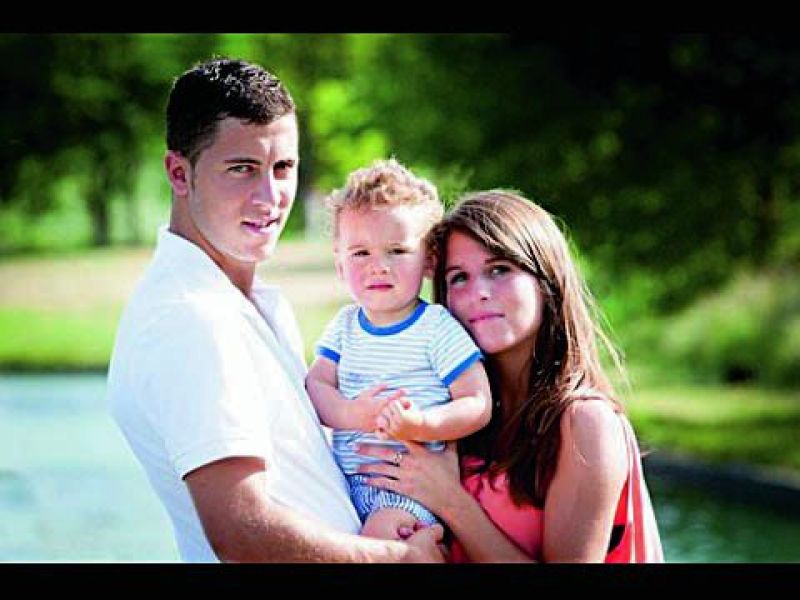 Shakira Isabel Mebarak Ripoll — Gerard Pique
The amazing singer first met Gerard Pique during the video shoot of Waka Waka. They made their relationship official in 2011. They are parents to Milan and Sasha born 2013 and 2015, respectively. Shakira wrote her first poem and started belly dancing at the age of four. 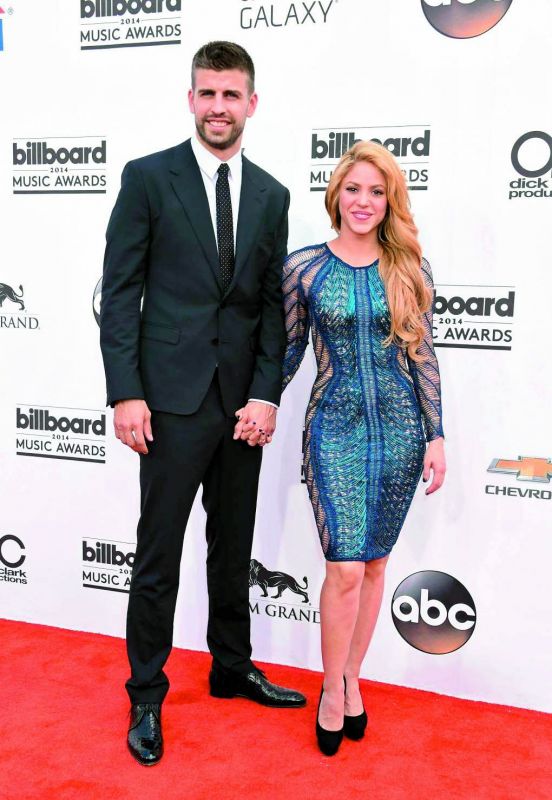 Anna Lewandowska — Robert Lewandowski
The pair tied the knot in June 2013 in Poland after dating each other for five years. The 29-year-old is a health and fitness whiz, and a big international star in the world of karate. She is a graduate in PE, a nutrition expert, a personal trainer and a health blogger. A black belt, Anna has won 29 medals in karate and has represented her country in World Championships. She is a graduate of the Academy of Physical Education in Warsaw. Anna, who is a member of the Pruszkow Karate Club, set up a blog called Healthy Plan by Ann in 2010. She also launched her own food brand called Foods by Ann in 2016. The couple has previously said that they do not drink and they spend little time in clubs. 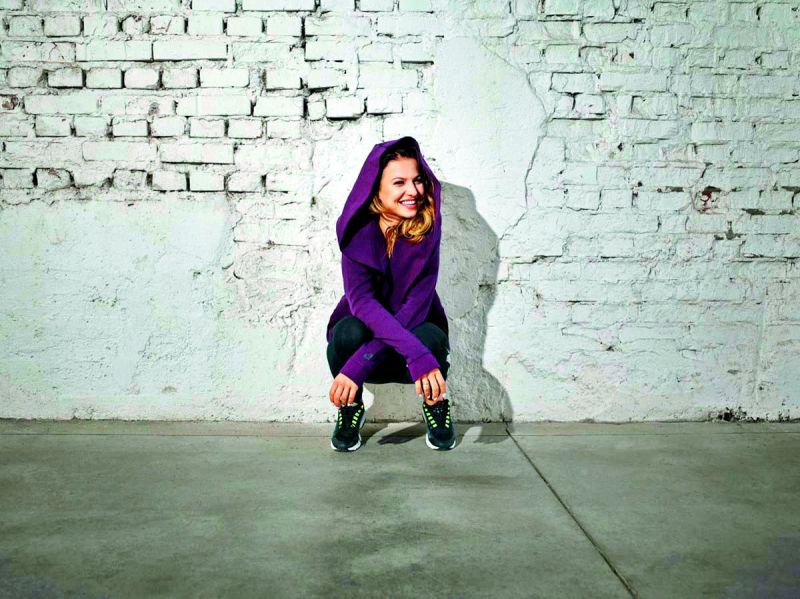 Magi Salah — Mo Salah
Egyptian footballer and Liverpool’s Mo Salah’s lesser known better-half, Magi Salah is a bio-technologist by profession. The couple met as teens when they both attended school in the village of Basion Gharbia. Salah married his childhood sweetheart Magi in a lavish ceremony in 2013. Their daughter Makka was born in 2014. They named her in honour of the Islamic holy city, and she was born in London while Salah played for Chelsea at Westminster Hospital. 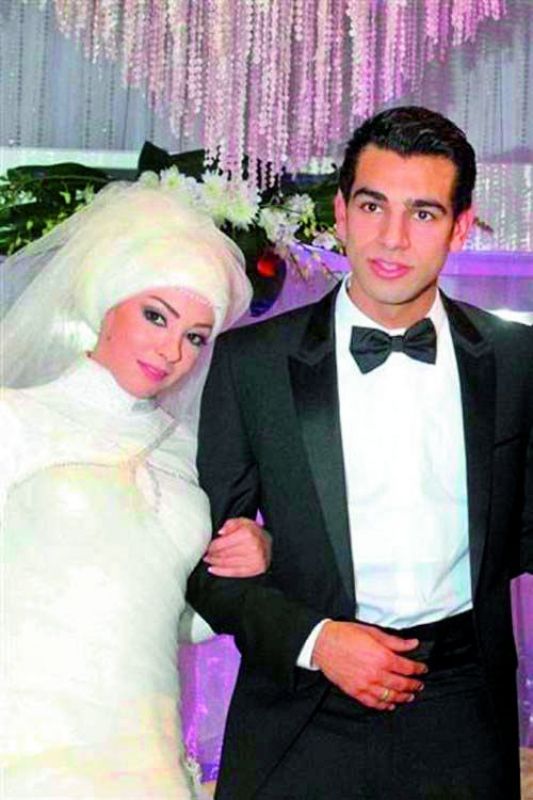 Sofia Balbi — Luis Suarez
From moving across the globe to be with his then girlfriend, the love story of Luis Suarez and Sofia Balbi is nothing story of a fairytale. Luis married his childhood sweetheart in 2009. The pair has two children Delfina and Benjamin. When Suarez was a youngster growing up in Salto, Uruguay, he had to sweep the streets to help raise money for his family. With Sofia’s constant support and encouragement, he has blossomed. Some claim that she is the only person who can calm his rage off the pitch. 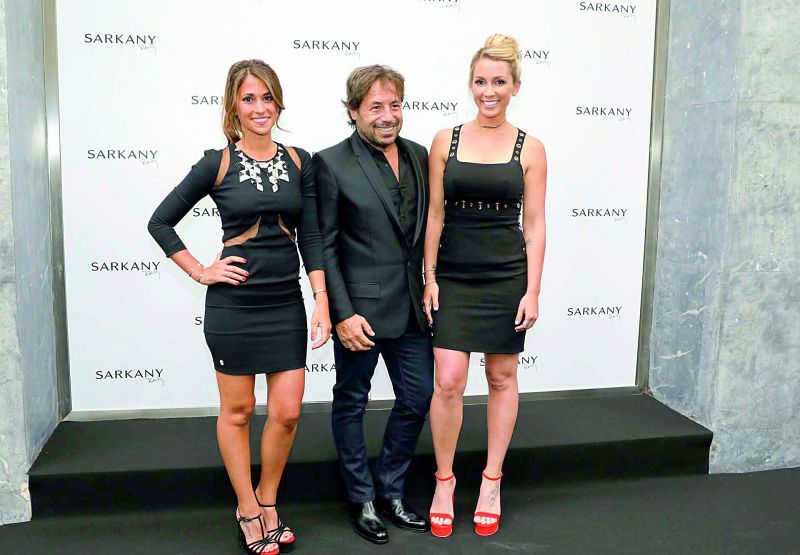 Jessica Kroos — Toni Kroos
The pair started dating when they were seniors in high school in 2008. They tied the knot in 2015 in a private ceremony.  Jessica studied tourism, before becoming a full-time mommy, first to their son Leon who was born on August 14, 2013, in Germany and later to their beautiful daughter Amelie born on July 20, 2016, in Madrid. Toni and Jessica tied the knot in a private, yet lovely ceremony on June 13, 2015, in Germany. 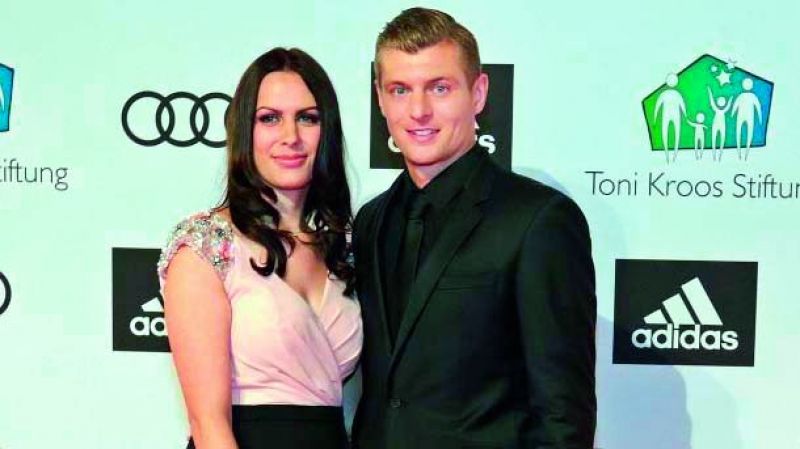 Lorelei Taron — Radamel Falcao
Argentinean singer Lorelei Taron is the 26-year-old wife of Colombian striker Radamel Falcao. Lorelei was just 16 when she met Falcao, who was playing for River Plate then. She moved to Europe with the striker when he transferred to Porto in 2009 and her singing career has gone from strength to strength. The pair married when she was 19-years-old in 2007. The couple has two daughters and regularly post cute family snaps on social media. Their daughter Dominique was born in August 2013. Despite being the world’s wealthiest wife of footballer, Lorelei is very down-to-earth. 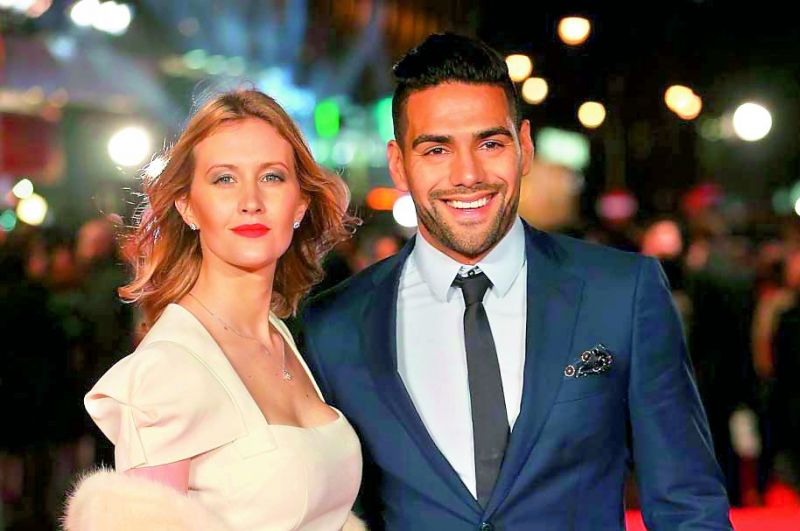 Amine Gulse — Mesut Ozil
Arsenal’s Mesut Ozil was first linked to the Turkish beauty Amine Gulse in 2015 after she was elected as Miss Turkey. Alongside her modelling work, Amine has starred on Turkish TV series Asla Vazgecmem. Most recently, Ozil and Gulse decided to fly back to the Turkish model and actress’ hometown over the weekend and shared a sweet picture of the two love-birds in Istanbul, where the former Miss Turkey used to live, via their Instagram stories. The playmaker also shared a snap on his official Instagram page, adding the caption, “Mutluluk sebebim” which translates to “I am blessed” in Turkish. 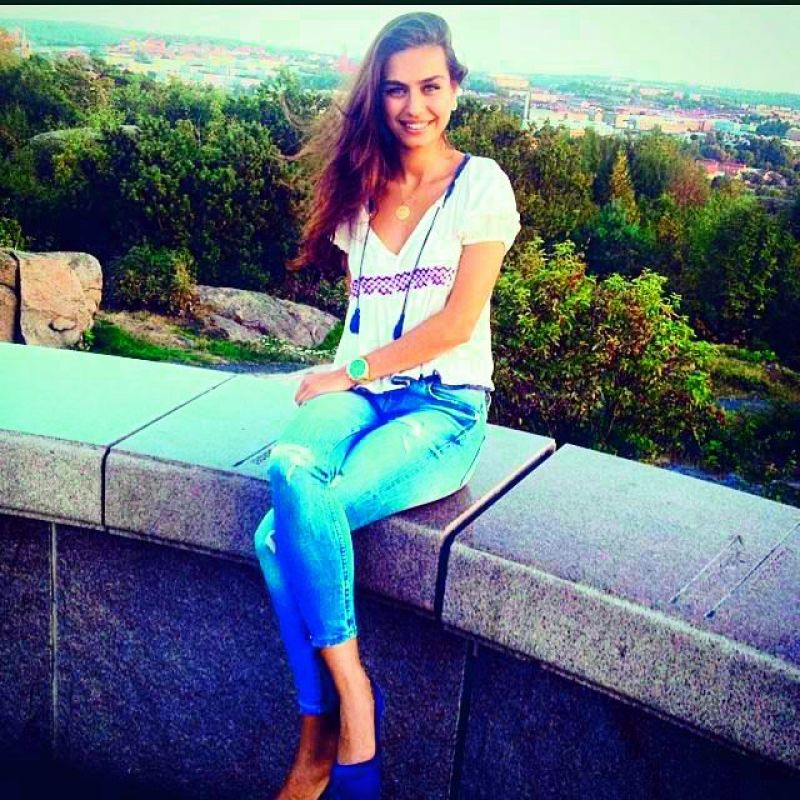 Antonella Roccuzzo — Lionel Messi
They have been together for long, and their bond was strengthened in 2007, when Messi flew back to Rosario to comfort Antonella after the death of her friend. The five time Ballon d’Or winner married this Argentian beauty in the summer of 2017 and it was billed as the wedding of the century. Antonella is currently a model for an Argentine fashion label though she trained to be a dentist initially. On March 10, 2018, Antonella gave birth to the couple’s third son, Ciro.