Watch out for the dark horses

Fluent, open and expressive Belgium are the team to keep an eye on in Russia. 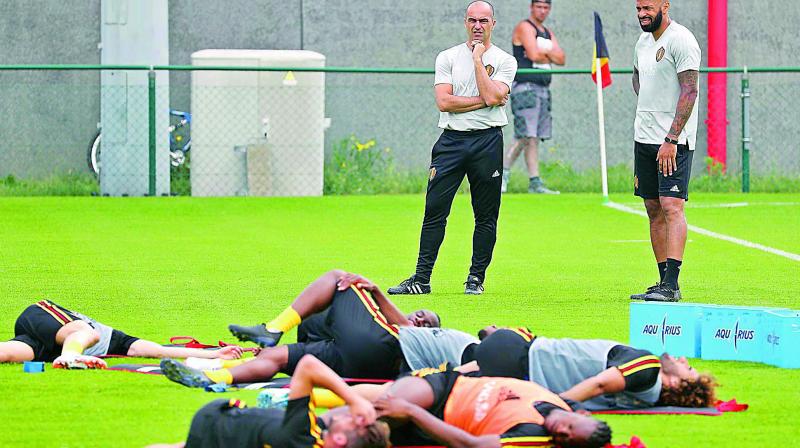 There are 19 Belgians currently playing in the English Premier League and in Russia 2018 Belgium could at last fulfill their vast potential.

Incredible upsets add to the fascination of every World Cup. Sometimes upsets are just one off results like USA beating England 1-0 in the 1950 World Cup. The ultimate thrill is when a dark horse, an unknown country causes upsets and progresses to the knock out rounds.

The ultimate dark horse was North Korea in 1966 at England. They upset mighty Italy 1-0 in a group match and entered the last eight.

Then in a memorable quarter final they led Portugal 3-0 before Eusebio scored four goals and led his team to a 5-3 win.

In the 1990 World Cup Cameroon upset holders Argentina 1-0 and went on to reach the quarter-finals, losing 2-3 to England after extra time. Similarly in the 2002 World Cup hosts South Korea upset both Italy and Spain and became the first Asian country to enter the World Cup semi-finals. These three countries have been the most successful dark horses in any World Cup.

Predicting a dark horse is a difficult task, as motivation, current form, avoiding injuries and suspension play a major role in upsetting the odds. However the team to watch out for in the 2018 World Cup is Belgium. They play a fluent, open and expressive game and have several players in peak form.

There are 19 Belgians currently playing in the English Premier League and in Russia 2018 Belgium could at last fulfill their vast potential.

They qualified for Russia with ease, scoring an incredible 43 goals and conceding just six goals, nine points ahead of second placed Greece.

In 2014, Belgium outlasted the USA to reach the quarter-finals before losing to Argentina. This time, Chelsea’s Eden Hazard, noted for his quick feet and sudden acceleration, Manchester City’s Kevin de Bruyne, a wonderful passer of the ball, and Manchester United’s Romelu Lukaku, a natural goalscorer both commanding in the air and with a lethal left foot have matured into world-class players. Lukaku with 31 goals is their all-time top goalscorer.

With a compact defence and a commanding goalkeeper in Thibaut Courtois, Belgium could go far. 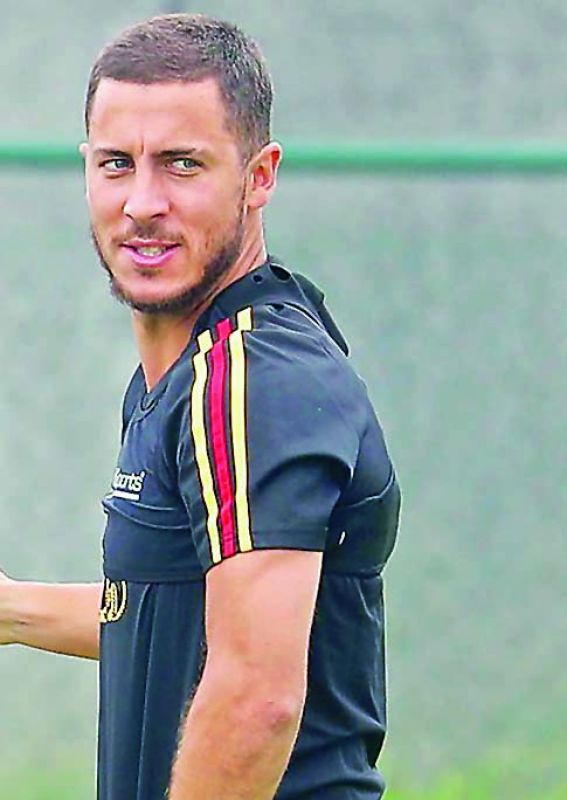 Belgium is in group G with England, Tunisia and Panama, a relatively easy group and should progress to the knock out round of sixteen with ease. Their match with England could decide which country tops the group. It will have the feel of a Premier League encounter, especially with Roberto Martinez (who has coached both Wigan Athletic and Everton) facing up against Gareth Southgate and will be a high-intensity football match. Roberto Martinez’s side, however, have not beaten England in their last 11 meetings and only once in their history. Belgium could meet either the winners or runners up of group H, probably Poland or Colombia. Again they should sail through and a quarter-final clash with Brazil is likely.

On peak form they are capable of upsetting Brazil and reaching the semi-finals for the first time since 1986.

Incredibly, it is Egypt’s first World Cup since 1990. Mohamed Salah’s penalty in the 2-1 win over Congo that secured qualification sparked off mass celebrations in his country.

Egypt poses the main danger to the hosts and Uruguay in Group A. Their star player Liverpool’s Mo Salah was irresistible in qualifying and with his devastating speed should make a memorable World Cup debut. Their goalkeeper and captain Essam El-Hadary will be the oldest player ever at the World Cup. He is 45 years old. If the team clicks as a harmonious unit, they can be a threat in the 2018 World Cup.

Nigeria could also be a dark horse in Russia 2018. They were the first African nation to qualify for the 2018 World Cup beating Zambia 1-0 in their fifth group B match. It was a tough qualifying group in which they overcame Algeria, Cameroon and Zambia. Nigeria beat Cameroon 4-0 at home, which was a stunning result as the latter had just won the African Nations Cup.

If Nigeria keep their shape and mental toughness, they can qualify from group D, which includes Argentina, debutants Iceland and Croatia.

Among the five Asian qualifiers, Japan has the easiest group with the least glamorous teams. They are in Group H with Senegal, Poland and Colombia.

With Shinji Kagawa (Borussia Dortmund), Yuto Nagatomo (Galatasaray) and Shinji Okazaki (Leicester City) in top form, Japan could sneak through to the round of sixteen. However they have dropped their coach Vahid Halilhodzic months before the tournament commences and so could be unsettled.