Young guns to be hitmen

We introduce a bunch of such brilliant young players who are essential to their teams’ chances at the 2018 World Cup. 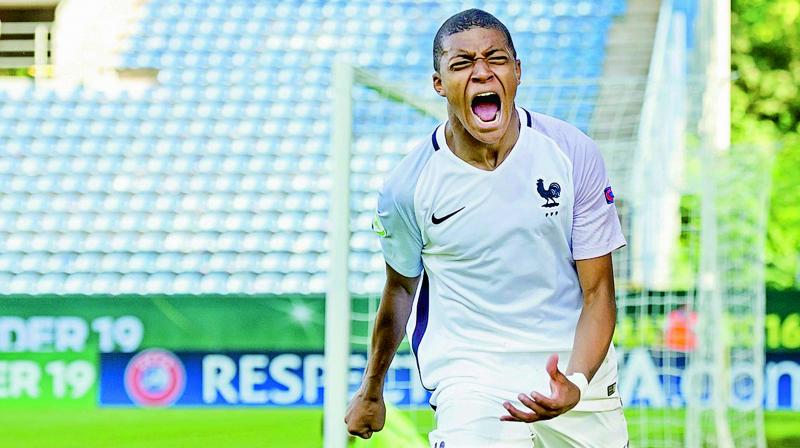 A bunch of brilliant youngsters with the world at their feet are set to take the world cup by storm. Here we profile the fabulous five that could make a difference.

When it comes to the World Cup head coaches have long dreaded the idea of experimenting with young players. While a 17-year-old Brazilian wonder-kid named Edson Arantes do Nascimento popularly called Pele did make a majestic raid at 1958 edition, bagging a winner’s medal and a hatful of goals, a similar fate was not reserved for Diego Armando Maradona, 17, the Argentinos Juniors sensation who was ruthlessly dropped from the 1978 Argentina squad as coach Cesar Luis Menotti considered him too young to handle pressure.

For prodigious teenagers and phenomenal youngsters it is quite a struggle to get the nod from their bosses for a place in the World Cup squad. Even then, to earn the appreciation of the coach is one thing and to make him value you indispensable is quite another. We introduce a bunch of such brilliant young players who are essential to their teams’ chances at the 2018 World Cup.

Kylian Mbappe, 19, France
Positions: RW/CF
Foot: Right
Club: PSG
Some say he is like Thierry Henry while others dub him The Phenomenon reborn, the next Ronaldo (the Brazilian). Comparisons are not exaggerated a great deal as this 19-year-old is breathtakingly brilliant and one that France will rely on immensely.
Earlier this year it was confirmed that Mbappe had become the second most expensive player in football history, behind his Paris Saint-Germain teammate Neymar, for an outlandish sum of 166m Euros. The teenager justified his astronomical price tag with 23 goals on his debut season for the French heavyweights. Since making his senior national debut last March, Mbappe has established himself as France’s biggest talent. His versatility to play in a wide range of forward positions is a coach’s delight. 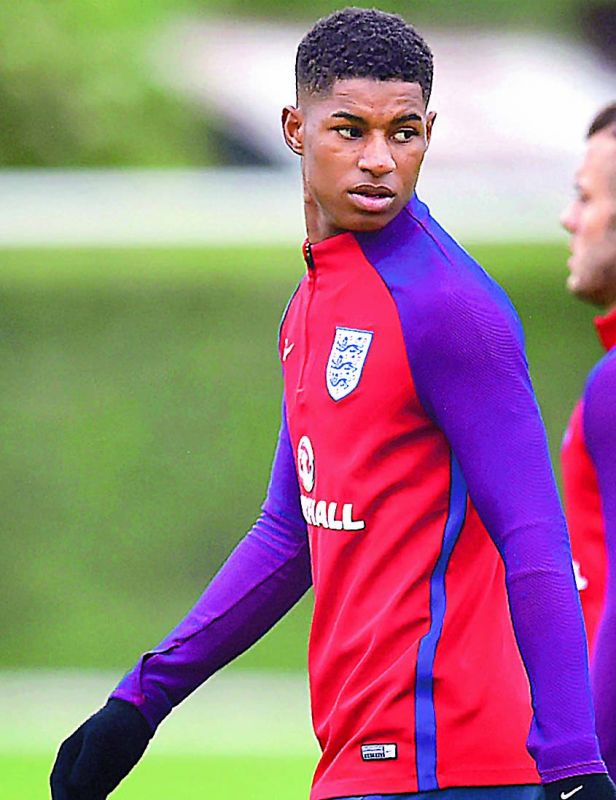 Marcus Rashford, 20, England
Positions: CF/LW
Foot: Right
Club: Man. Utd
Two years ago this baby-faced Mancunian became the youngest player to score on his England debut. It has been a fairytale ride for the Manchester United striker ever since. There was no surprise when Gareth Southgate named him in the England squad. The youngster, who scored on his Premier League and Europa League debuts should be hoping to get on the scoresheet on his World Cup debut as well.
His ability to dribble, cut inside and provide a telling pass are traits that a centre-forward of Harry Kane’s potential would find delicious. He has netted 15 times in all competitions this season and would provide a goal threat from any position upfront. 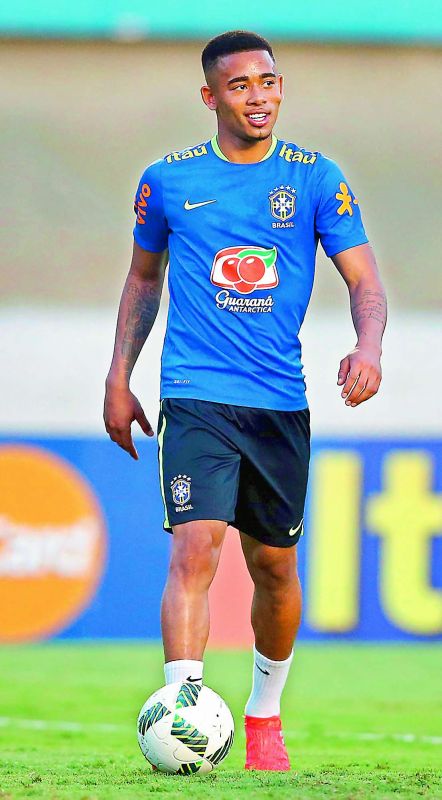 Gabriel Jesus, 21, Brazil
Position: CF
Foot: Right
Club: Man. City
He is the archetypal striker the Selecao had been looking for. A goal machine; an assassin in the box. It is hard to believe how complete a forward Jesus is, aged just 21. He is central to the restoration of Brazil’s pride that Tite has been entrusted with.
Such has been his influence in recent years that Manchester City’s genius manager Pep Guardiola brought him to rival Sergio Aguero, who is one of the finest finishers in business. Despite a season crippled with injuries Jesus was pivotal in City’s unprecedented English Premier League triumph, scoring 13 league goals, including the winner on the final day that secured them 100 points. Besides being a poacher, his penchant for holding the ball and being selfless in the area is a quality that would appeal to Brazil’s enviable forward unit. 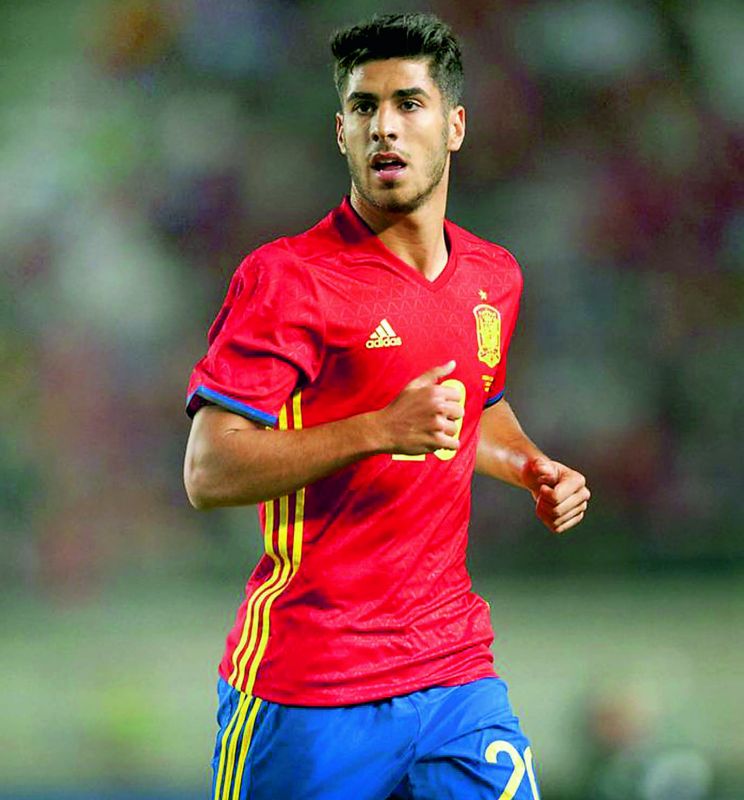 Marco Asensio, 22, Spain
Position: LW/RW
Foot: Left
Club: Real Madrid
Unlike the others that are more or less sure to play a large part for their respective teams, Asensio’s position is not nailed on in the Spanish setup. That said the Real Madrid player will most certainly turn heads irrespective of the game time Julen Lopetegui affords him in Russia.
A highlight of his game has been the willingness to accept a role on the bench and make a decisive impact as a super-sub. It was evident throughout Real Madrid’s dramatic season, most notably in the first leg of their UEFA Champions League semifinal against Bayern Munich, where he scored the crucial away goal that send the Spanish giants through. When Asensio’s number is up on the Spanish corner of the touchline keep your eyes peeled because action is incoming. 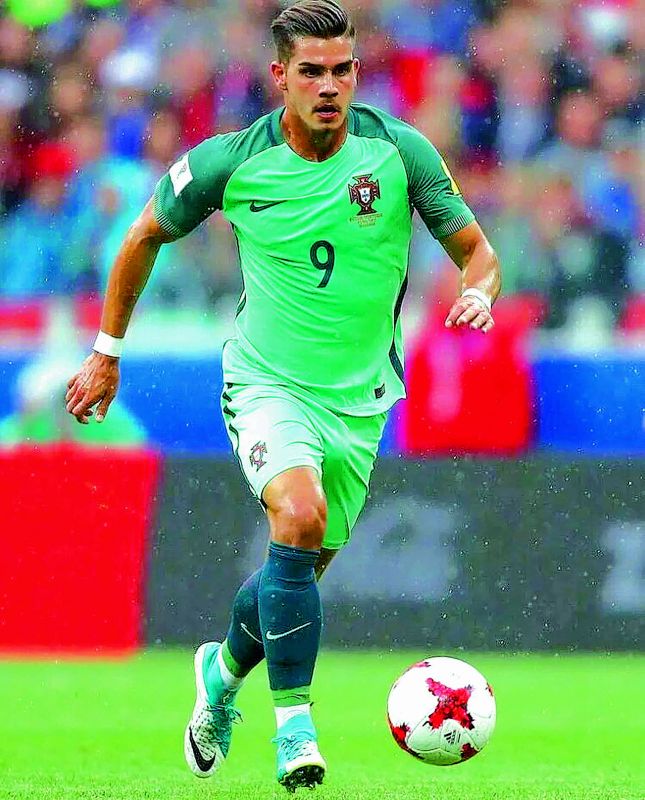 Andre Silva, 22, Portugal
Position: CF
Foot: Right
Club: AC Milan
The fact that Cristiano Ronaldo considers this Serie A striker his heir apparent in the national side talks a great deal about the young AC Milan No.9. Even though his domestic season was average, Silva has managed to form a solid partnership with Ronaldo playing for Portugal and was their second highest goalscorer in qualification. Fernando Santos’s preferred 4-4-2 seems to get the best out of Silva, who likes to layoff a killer ground ball besides having an eye for goal.