Sanjay Khan, the swashbuckling yesteryear actor talks about his autobiography, family and his journey through the years. 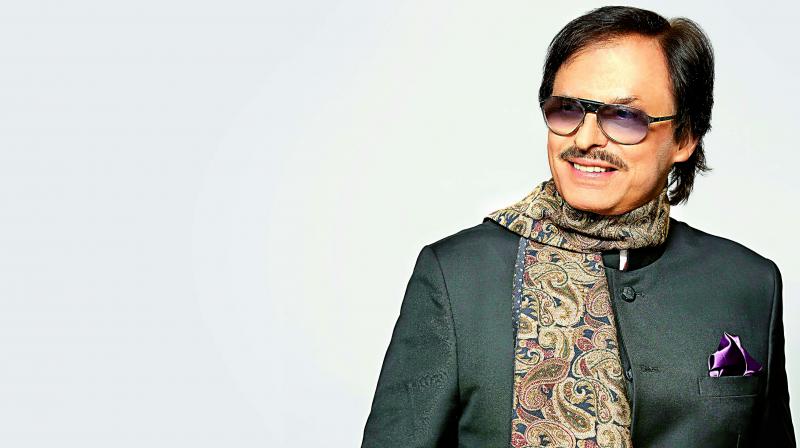 Once dubbed as one of the most flamboyant men in Bollywood, veteran actor and director Sanjay Khan’s palpable superstar persona is still as good as new. As he takes his seat at the table, he is delighted to inform that his autobiography, evocatively titled The best mistakes of my life is at third position on the Amazon bestseller list — preceded only by Salman Rushdie and another American author.

Our conversation starts with Khan on the defence, as I provocatively ask him how honestly, he has written his autobiography and question the possibility of being unequivocal. He answers without hesitation, “The world knows whenever an autobiography is written, it has to reveal the facts. It cannot be otherwise, because it has to be proven.” The art of autobiography, he says in a prolific manner, “is done by an author who honestly delves back into his life and relives his life and captures all those moments of excitement, adventure, thrills, romances, the aroma of those times and shares it with the world in descriptive, interesting and vivid detail.”

While a lot has already been written about Sanjay Khan, on and off the screen, this autobiography is sure to set the record straight about the star and his ebb and flow. Sanjay says with conviction that his life has been multi-faceted and not just confined to acting and directing. It has been filled with exciting moments, “I’m very proud and very satisfied to tell you I have captured my entire life, my family, my background, my work, my directing. I’ve met superb men of the world like kings and presidents, and big politicians, warlords in Iran, cocaine kings and even so called godfathers. I’ve had interactions with some of the top most political personalities internationally and nationally and some of them have been my great friends including godmen,” he reveals. His book is decorated with many such interesting anecdotes, but these are certainly not the mistakes he’s talking about. Prod him once more and he grins, “It’s like asking a film producer on the day of the premiere — what is your climax. Would he tel
l his viewers and deprive himself of the pleasure? So, the best mistakes unfold with each chapter and each paragraph pertaining to the best mistakes and it gives the reader an insight into my writing and circumstances and the extraordinary times I’ve had and very challenging times, life threatening situations, meeting some of the most exciting people of the world,” says the veteran actor who is best remembered for his performances in films such as Ek Phool Do Mali and Abdullah as well as his portrayal of the great Tipu Sultan on television. 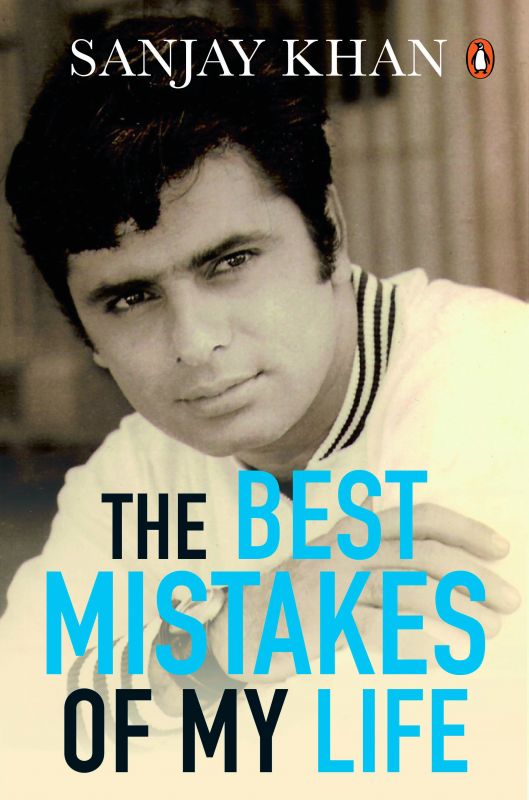 The tone of the title could also draw analogies to finding the silver lining over every cloud. And even if an autobiography is supposed to talk about life itself, Sanjay goes on to pen the excruciating details of his near-death experiences. “I’ve lived a life of peace and happiness and I have enjoyed friendships. I’m a loyal man. I value time, commitment and keep my word. So, these are the values the youth of India will pick up from my book and it will help them in their lives. I’ve gone through five life threatening circumstances in a major way — one of them is a fire, the other one is a helicopter crash, another is a knife attack on me, while yet another is when my ship nearly sank in the Indian ocean off the coast of Mauritius. All these things have been interestingly captured in my book,” he assures.

Much too his chagrin, he has also been dubbed as aggressive, but he says he is neither of those things. At heart, he claims, to be a simple man, “I am nobody, I have no airs, no ego, I’m neither aggressive, even if people term me sometimes as aggressive. If my aloofness from somebody is called aggression, then I cannot help it. I leave it to their judgement,” he comments.

For most part of his life Sanjay has taken recourse to directing films and writing this book was a result of peer pressure, “My friends urged me to write my autobiography, this impetus has driven me to write this book and my very good friend, the former chief justice of India Mr. Thakur asked me to write it before I forget all the details — he was implying before I get too old,” he laughs. “I got the message and you know, one cannot draw the contempt of court and I agreed. Then, I was called by my publisher asking me to write my autobiography,” he narrates.

The 78-year-old actor took almost 11-and-half months to write this book, and proudly claims to have edited it himself. But of course, not without the help of his beloved family, “My family is my treasure, I’ve always given copies of my chapters to my children to read and give me a feedback and they always came and applauded my efforts. My wife did remind me of certain incidents, which may have slipped my mind, so that was her contribution. Some of my very close friends also have read my manuscript and gave me thumbs up before I sent it to the publisher.”

Being akin to film making, Sanjay certainly knows how to tell a story and keep the audiences hooked. He therefore deliberately kept the language of his book as simple as possible, to not intimidate the reader.

He eloquently puts it, “I wanted my book to be a ride in a Rolls Royce. So smooth that you can only hear the clock ticking, but you can’t hear the engine.”