Son of a farmer, Kerala boy Gopi Thonakal recently made the country proud by winning the Asian Marathon Championship in China. 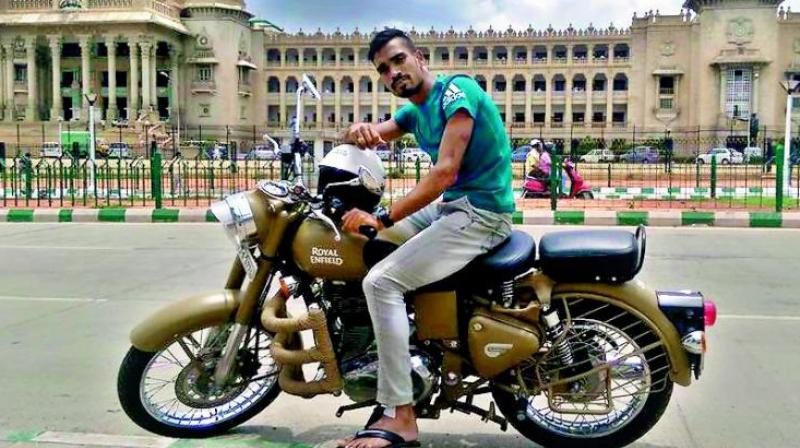 Considering his feat of becoming the first Indian man to win the Asian Marathon Championship at the 16th edition of the prestigious event held in China, one would have expected Gopi Thonakal to receive a grand welcome. But when asked how his reception was, he said, “It’s was normal. Only a handful of people came.” Athletics is not cricket and thus, there’s hardly any fanfare but that doesn’t take away from his achievement of clinching the gold clocking a time of two hours 15 minutes and 48 seconds. He became the first Indian man to win the title after the formation of separate Asian Marathon championships. “I didn’t have much preparation but I fancied my chances. It feels amazing to represent the country and win laurels for it. I don’t care much for fan following, making the country proud means more to me. I keep my focus on my training and my next target is to win a medal at the Asian Games and this medal has given me a lot of confidence,” he added.

Some may call it destiny, but the 29-year-old Kerala boy firmly believes that nothing happens without hard work. “Dreaming will not get you the gold medal but dedication will,” he told us talking about how he keeps himself motivated. Even his current WhatsApp status clearly suggests that “training is crucial to reach your destiny.” It was his perseverance that helped him grab all the opportunities that came his way. It all began for him at the 2016 Mumbai Marathon, where he was supposed to be a pace-setter for Nitendra Rawat. Gopi, a hitherto 10,000 m runner, was supposed to drop off at 30 km, but he finished the 42.1 km event and made the cut for the Rio Olympics. He registered his personal best of 2:15.25s at Rio but finished 25th. “The Olympics was a great learning platform as it was my first international event and I used the lessons to win the New Delhi Marathon,” said the great admirer of Mo Farah. He thanks all his coaches from the school level to international level for their guidance. At the age of 21, he joined the Indian Army and feels a deep sense of gratitude for the opportunities that were provided to him by the army.

Son of a farmer, whenever he goes home, he helps his parents in farming even today like he used to do as a kid. “Since they aren’t from a sports background, they don’t understand the nuances but they get the news of my achievements,” he said. Since, he spends most of time in training camps; he doesn’t get to visit home much. “Whenever I am at home, my parents ask me to get married but I run away from that question as well,” he laughed. “See, I want to get married only after I have achieved more. I am not saying marriage hampers performances but I want to be more established before I marry,” said the youngster, who loves listening to music and going for trekking in his leisure time.  Among other things, he believes a few more films like Bhaag Milkha Bhaag can do wonders for athletics. “So many people came to know about Milkha Singh’s life because of that film. Apart from that, athletes in foreign countries have many experts who look after specific aspects of the individual but here we have one or two people looking after overall growth of all the athletes. There is a dire need to employ more experts to create better athletes in India,” he concludes.