Smriti Mandhana who was recently presented with the Arjuna Award talks about her childhood, playing for the country. 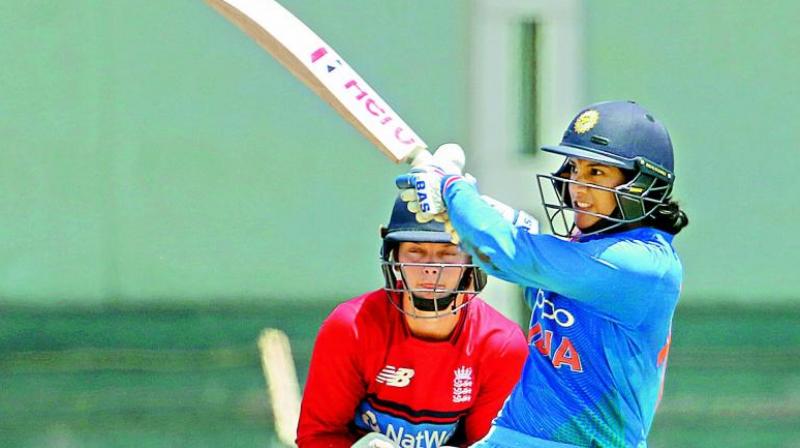 Ace cricketer Smriti Mandana’s early induction into the sport (when she was five-year-old) was triggered by chance and out of sheer laziness. “Initially when I started playing, I only knew about batting. I was also a bit lazy and felt ‘who will come running from so far to bowl?’. Batting seemed comparatively easy, you had to stand at one place and play,” says the 23-year-old who was recently presented with the Arjuna Award for her contribution to Women’s Cricket.

Another feather to her cap was her recognition as the player of the year by the ICC. Smriti is not only proud of her achievements but is also overwhelmed by the adulation she has been receiving in india and abroad. For her, the Rachael Heyhoe Flint Award (for being the ICC Women’s Cricketer of the Year) stood out the most. “When you start playing cricket, all you want to do is play for your country and do well for your country. And to receive an ICC award was a really big thing. As a kid, I had always believed that it’s a very big thing to get an ICC award, and to be the second one to get after Juhulu di (Jhulan Goswami), is a really big deal,” says an enthusiastic Smriti.

Hailing from the small town of Madhavnagar in Maharashtra, Smriti comes from a cricket centric family: Her father was a district level player, and she also grew up watching her elder brother play the sport, which made her join in.  A left-handed batter, Smriti picked up the style from her brother and says that her family has been a big support system for her. “Whenever I come back and meet my family, for two-three hours I just keep on talking. I would speak about batting and everything with Mom, Dad, bhaiya. Even when I’m going through bad times and not doing that well, I will call my brother or father and talk if something is not feeling right,” she says, adding, “It was more of their dream that I play for India.”

Challenges are a part of an athlete’s career, and the batter has had her own share of them. “Playing a team sport, it was initially very hard to communicate with everyone. I am Marwari and I didn’t know Marathi, so coming into the team when I was nine or 10 years old, not knowing the language everyone is speaking, and kind of adjusting with 15 girls who are older than you was a challenge.”

In 2013, Smriti made it to the senior team at the mere age of 17. The batter couldn’t help but pinch herself; even during the match, she was having a hard time believing that she was playing for the country. “I wasn’t able to understand what was happening in the first two-three overs. When I was standing at covers and saw Mithali (Raj) on my left, for two minutes I was literally like ‘yes I am playing for India’.” Six years later, she is not only an important part of the team, but also one of the best players  in the world.

Being an opening batsman, Smriti needs to play pace bowlers, whom she prefers over spinners. “I love playing pace bowlers more than the slower ones because I’m a bit of a lazy person, so I like to play anything that is coming onto the bat, you don’t need to use your power or anything; you just have to time the ball. Whereas with spinners, you need to use your power and your feet to play a shot,” she explains.

Earlier this year, Smriti got a chance to captain the squad in T20 against England. Sharing her experience, she says, “When I debuted in 2013 and got the chance to bat for the team for the first time, I got the same feeling when I was appointed as the captain. In my head I was thinking ‘I will do this’ ‘I will do that’, but then the first match didn’t go the way I wanted.” Although India couldn’t win any of the three T20 matches, Smriti still cherishes the experience.

When asked her plans after cricket, the batter exclaims, “Oh god, I’m just 23, I haven’t thought about the future that much.”